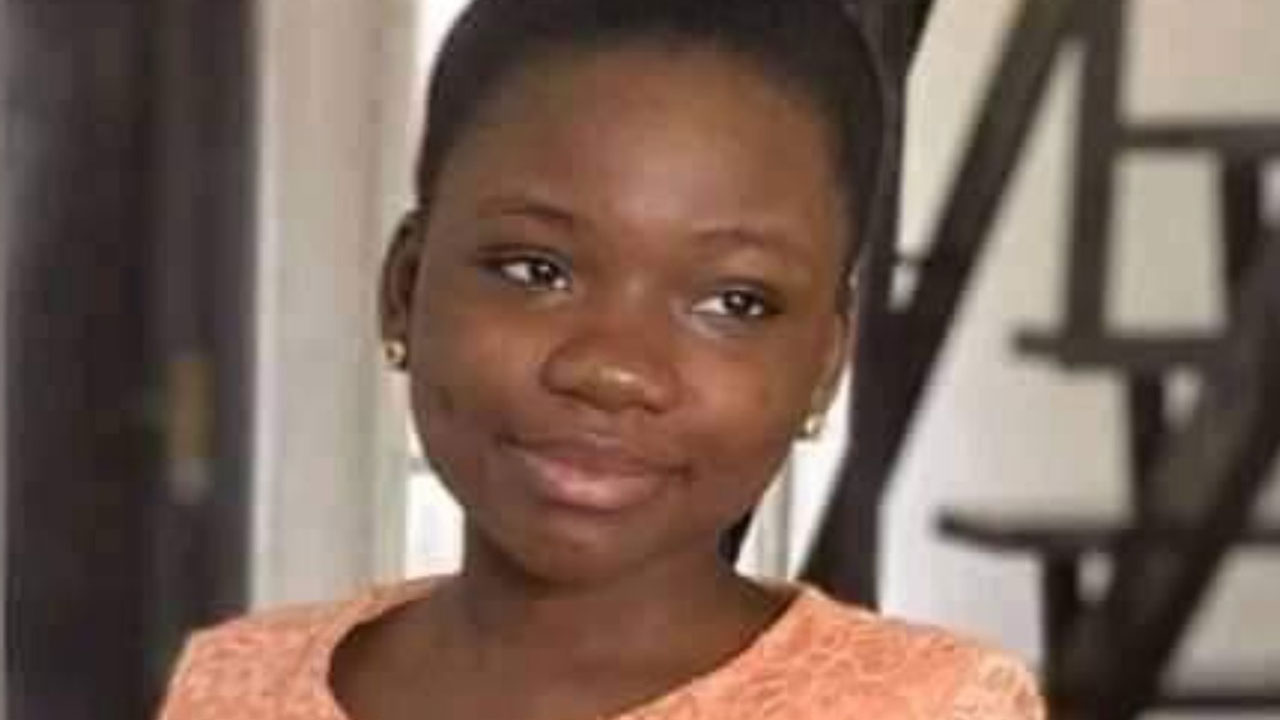 There have been allegations and counter-allegations over the death of a former student of Premiere Academy, Lugbe, Abuja, Keren Akpagher.

Since the sad incident that occurred in June this year, neither the mother of the 14-year-old girl nor the management of the school has come to terms with the reality of her demise. The controversies generated by her death have, no doubt, aggravated the emotional and psychological trauma inflicted by her loss.

As much as the school struggle to exonerate itself from the allegation of rape hanging on its neck, the grieving mother the young student, Vivien Akpagher, has called on relevant authorities to help her get justice.

In a recent press conference she organised, she alleged that Keren was raped, insisting that it culminated in the complications that claimed the life of her daughter.

She said:  “I named my daughter Keren-Happuch, which means ‘God has filled my cup’ but Premiere Academy took the cup, emptied the water and broke the cup.

“The cup I gave to Premiere Academy was full; they returned it to me empty and broken. This is too much to take. My heart is in turmoil.”

She called out the school for what she described as a “deliberate distortion of facts and publicity stunt” to preserve their business interest without regards to the life of her daughter, “which they have cut short.”

“You would have noticed that since my daughter died, instead of the management of Premiere Academy allowing my family to grieve and mourn her, it has been preoccupied with looking good to the public rather than working to fish out the rapist,” she added.

However, the Lead Director of the school, Mrs. Oluremi Fawehinmi, in a separate press briefing, tried to clear the air on circumstances surrounding the death of the ex-student.

Fawehinmi while reacting to issues earlier raised by Mrs. Akpagher, maintained that Keren left the school in stable condition.

She also addressed some of the issues raised by Keren’s mother one after the other. She said: “On M Keren’s release to her mother, we wish to state clearly that her mother made two requests on Keren’s last day in the school. The first was that Keren had reported a red eye at the clinic on June 17. This was one of the things poor Keren suffered because of her state of being – an insulin-dependent patient. The matron attended to her but called the mother who said she needed glasses and would get across to the ophthalmologist.

“The school medical staff acceded to this request and accompanied Keren to the requested clinic and stayed with her all through the consultation and treatment at the eye clinic.

“It was at the clinic that Keren’s mother made the second request to take Keren home for the weekend. This request could not be granted at the clinic as the school’s medical staff, who accompanied Keren to the clinic, had no capacity to grant such a request. She insisted on taking Keren back to school.

“Mrs. Akpagher claimed at the press conference and on numerous occasions that Keren was distraught when she came to pick her up. This is far from the truth as Keren was in a stable condition when she was released to her mother on that Saturday. We have CCTV footage where Keren was talking with her friends for more than 20 minutes before she carried her luggage from her hostel to meet with her mother at the gate after her exit was granted.

“Keren’s mother also claimed at the press conference that the doctor at the hospital where she died said that he found a condom with dead sperms in her uterus and opined that Keren had died of sepsis.

“At this point, the school does not have the report and so cannot comment on this but it is good to note that when the school learned of Keren’s hospitalisation, we sent a team to visit her at the hospital.

“The team, which had the school’s medical staff in it, wondered why Keren was tied to her sick bed and was told that she had hyperglycemia (high blood sugar), was sedated and later went into a coma.

“It should be noted that Keren was a documented diabetic who has been on a twice daily insulin injection. While we administered the first dose of insulin injection to Keren in the morning of the day, she was released to her mother, the school does not know if this treatment regime was continued while she was at home.

“It is also worthy to note that throughout our interaction with Keren’s mother during her daughter’s hospitalisation and our condolence visits to the house, she never brought up the issue of sexual molestation. We also note that the police have conducted an autopsy to determine the cause of her death and so, we await the report of the autopsy to know what actually caused the death of Keren.”

Fawehinmi noted that the school sees the Gender-Based Violence (GBV) Responders’ allegations of the school’s connivance with the police to scuttle the investigation as nothing more than a cheap blackmail and an attempt to manipulate public opinion.

“As a school, safety and academic performance of our students are our primary measuring indices for success. These are some of the major drivers of our quest towards unraveling the circumstances that surrounded the death of Keren.

“To this end, we have done all that is required of us to assist the police in its investigations. If the GBV responders are actually after truth and justice in this case as they claim, they should be working with and not against the police as they investigate the case.

“The Premiere Academy is committed to unraveling the circumstances surrounding the death of Miss Akpagher and will leave no stone unturned to achieve this objective. To this end, we will support the relevant law enforcement agencies in their investigations and prosecution of this case,” Fawehinmi added.

The school, which replayed CCTV footages of the deceased on her last day in school, noted that it had never recorded any case of sexual assault since it was founded over 17 years ago.