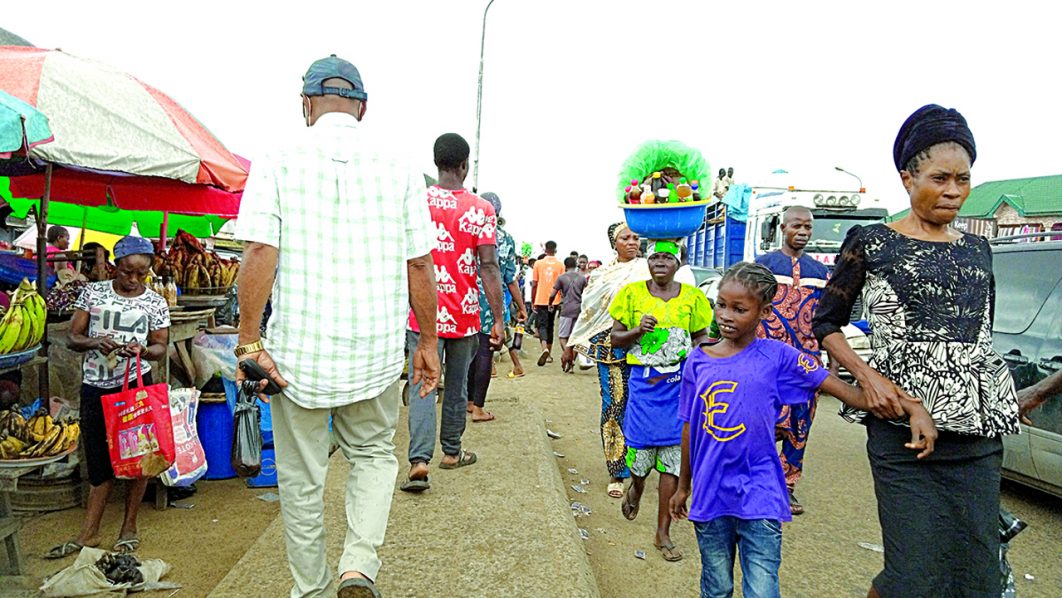 It was a harrowing experience, yesterday, for commuters along Iyana-Iba and Iyana-Ipaja area of Lagos, as they trekked long distances to their destinations, following the refusal of commercial bus drivers to ply the route.

The bone of contention was an alleged murder of a commercial bus driver by men of Lagos State Environmental and Enforcement and Special Offences Unit (Taskforce), on Monday evening at Iyana Ipaja.

Another report alleged that the boycott was a protest against high ticket fees imposed on them by transport unions and extortions by task force members.

Displaying placards, the protesting bus drivers, lamented that the National Union of Road Transport Workers (NURTW) and the Road Transport Employers Association of Nigeria (RTEAN), had made their operations burdensome.

They alleged that officials of transport union officials, under the guise of collecting money for daily tickets, subject drivers and conductors to inhumane treatment.

Some drivers also complained of daily extortion, through exorbitant ticket fees, which they said, was above the amount they make.

According to them, when they refused to pay, they use operatives of the Lagos State Task Force to harass them.

A bus driver, Sesan said: “The task force operatives are making the job cumbersome for us. We are tired. By not working, many people, including are government workers would be stranded, and they will not go to work. By that government would be aware of our sufferings.”

“If I was working today, the task force would have collected money over and over again. N50 here, N100 naira there. After removing money for fuel, task force, and union (Agbero) money, there is nothing left, as the money would have finished. We are tired; let the masses also face the heat.”

A female commuter, who gave her name as Glory, lamented that the approach by the bus drivers was not the best way to tackle the alleged extortion, as she had been at the bus stop since 7:30 a.m.

She said: “The bus drivers kept their buses and are not carrying passengers in the guise of protesting. They cannot afford to do this forever. Whenever they bring their buses out, the task force would still ask them for money.”

But some drivers, who spoke to The Guardian, said a bus driver, waiting for repairs of his bus by a mechanic along Iyana-Ipaja road at the BRT Bus Stop, reportedly died during a bus chase by task force officers.

A motorcycle operator, Najimu Ola, said: “Taskforce and police officers were chasing a bus from the bridge in Iyana-Ipaja, we really did not know if the break of the bus failed when it crashed into a bus by the BRT bus stop. The mechanic under the bus and the driver of the bus were killed. We later confirmed that the papers of the vehicle, they were chasing were even complete, perhaps they wanted to extort from the owner of the vehicle.”

A trader, identified as Kemi said the incident could have claimed more lives because of the commercial activities in the area.

Expectedly, commercial motorcyclists and Keke NAPEP riders capitalised on the situation to have a field day, as they remained the alternative means of transportation.

Meanwhile, Chairman, Lagos State Taskforce, CSP Shola Jejeloye, in a statement on Tuesday said, the news that the task force members kill a driver and a conductor was fake.

Jejeloye explained that what led to the protest by commercial drivers in LASU/Iyana Iba was an attempt to escape arrest by a danfo driver, who on sighting the operatives of the agency in Iyana – Ipaja on Monday, sped off and hit a broken-down bus.

He added that the impact on the broken-down vehicle injured a technician who was repairing it. The technician, he noted, was taken to the hospital immediately, where, he was treated and discharged.

In the statement signed by the Head, Public Affairs Unit, Femi Moliki, he stated that he has been meeting with key stakeholders in the axis to ensure that commuters are not made to go through harrowing experiences as a result of the protest.