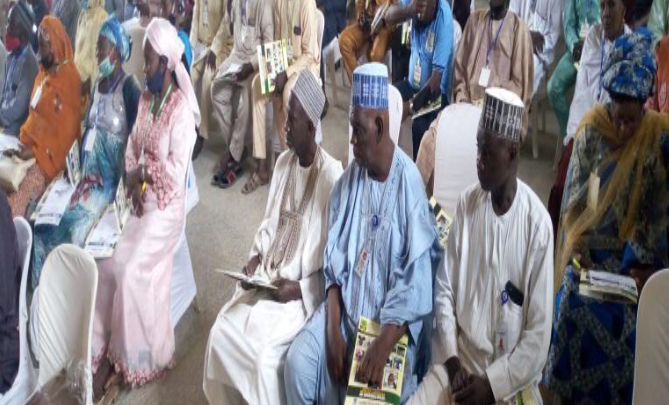 The Police Community Relations Committee (PCRC) has trained no fewer than 600 of its members drawn from Adamawa and Taraba, for effective community policing.

Speaking at a one-day capacity building workshop on Saturday in Yola for the two states, Faruk Maiyama, PCRC National Chairman, tasked members to actively participate in the activities of the committee.

He said that the objectives of the training were to improve the capacity of members to understand their roles in assisting the police to combat crimes and criminality in the society.

He saluted the courage of Nigeria Police for establishing the community policing and considering PCRC to be part of enhancing security of the country.

He urged the participants to justify the confidence reposed in them towards achieving the objectives of community policing in their respective communities, state and the country.

He expressed the need to take away political, religion and tribal sentiments towards addressing security problems.

In his remarks, Gov. Ahmadu Fintiri of Adamawa, said that the workshop was timely and important toward improving security in the state and the country at large.

Fintiri, who was represented by Malam Suleiman Usman, Permanent Secretary on Security Matters, expressed the need for PCRC membership to be extended to the grassroots.

He assured the PCRC of his support in ensuring security of lives and property in the state.

Mrs Francisca Nbaya, a participant, commended the PCRC and the resource persons for building their capacity.

According to her, the training will help her to contribute positively in combating crimes unlike before.

Ambrose Abdullahi, another participant, described the workshop as excellent, saying it had increased their knowledge with regards to PCRC and community policing.

According to him, they will now continue to work hard by feeding police with useful information that will help to address the problem of insecurity in their respective communities.