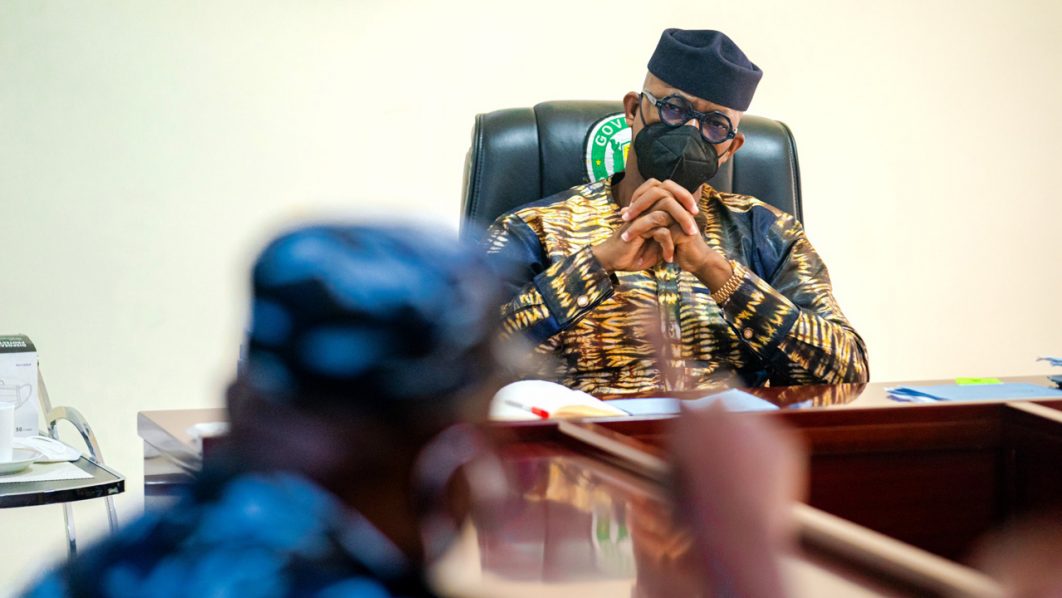 Residents of Adun Ifesowapo community on OGTV-Ajebo road in Abeokuta, Ogun, have commended Gov. Dapo Abiodun for the construction of speed breakers to reduce frequent road accidents in their community.

Mr Tunde Olaleye, the Community Leader, gave the commendation in a statement issued in Abeokuta on Saturday.

Olaleye thanked the governor for putting the speed breakers in place from Kemta to Mile 6 axis, to curb speeding by motorists.

He explained that the speed breakers would go a long way in reducing road crashes in the area.

He said that a lot of lives had been lost due to speeding and reckless driving by motorists, especially by articulated vehicles drivers.

He also appreciated the Ogun Public Works Agency for a professional job done on the road.

The community leader pleaded with the state government to as a matter of urgency, fix the pot holes on various bad portion of the road.

He added that the pot holes could also result to avoidable crashes on the road.
“It is no more news that a lot of lives had been lost on this road due to reckless and careless driving on the part of articulated truck drivers for many years.

“The road had suffered total neglect and abandonment but we appreciate the governor for coming to our rescue.
“The speed breakers will definitely in a very large way reduce recklessness and speeding to the entire road users, which will result in saving of lives,” he said. (Ad]{