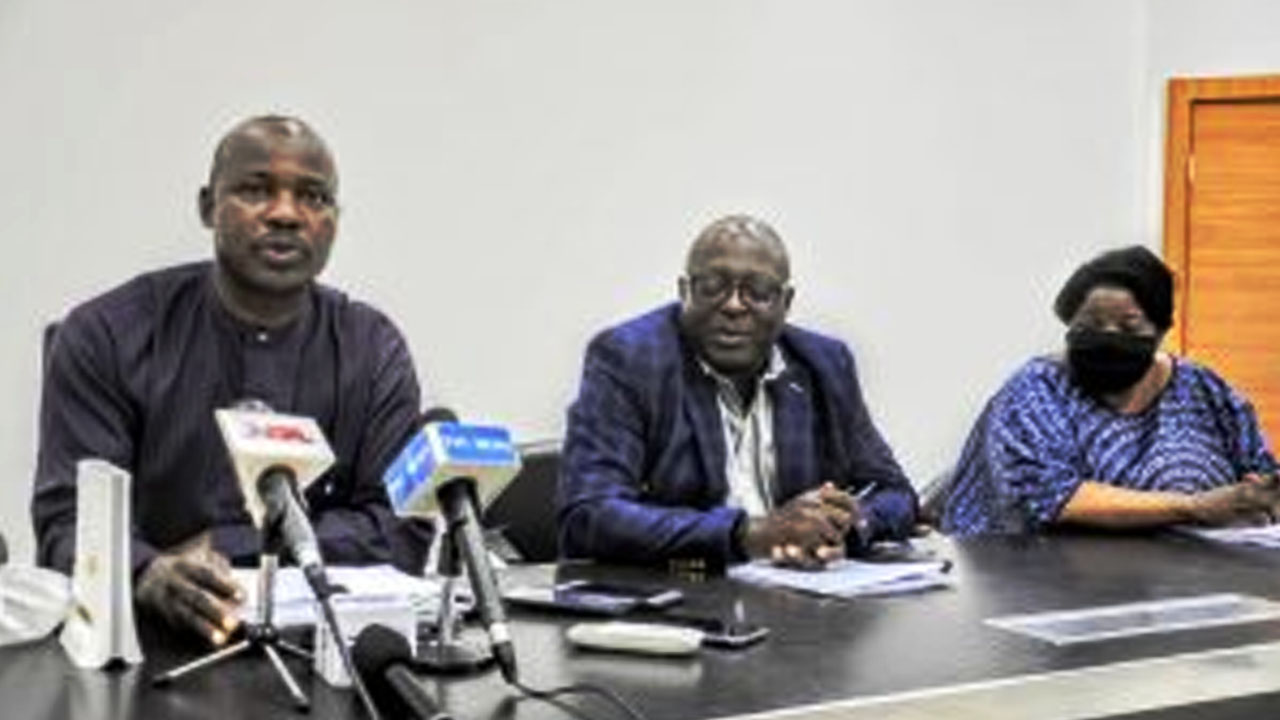 Plateau Commissioner for Health, Dr Nimkong Lar(Left), commissioner for Information and Communication Mr Dan Manjang, and the Commissioner of Finance, Dr. Regina Soemlat, at a press briefing at the end of the state executive meeting, on Wednesday at Government House Jos

Plateau Govt. has recorded 953 cases of Cholera, 14 deaths, 910 discharged cases, while 29 patients are receiving treatment in various health facilities across the state, the commissioner for Health, Dr Nimkong Lar has said.

The commissioner disclosed the figures at a press briefing at the end of the state executive meeting on Wednesday at Government House Jos.

He said the disease, which was previously recorded in Jos North Local Government, has spread to 13 local Government areas, requiring concerted efforts to address.

Lar said that the National Centre for Disease Control (NCDC) was in the state to support in handling the outbreaks.

“Jos North has the highest number of cholera with 484 cases while Jos South and Bassa Local Governments follow with 307 and 57 cases respectively,“ he said.

He said 100,154 doses of vaccine was administered in the state out of the 105,600 doses given by the federal government, explaining that 5,000 was returned because of their expiry date of June 28.

He explained that the state has no COVID-19 vaccine currently, explaining that a request would have to be made for allocation for those who are yet to receive their second jab.

Also speaking, the commissioner for Information and Communication, Mr Dan Manjang, said the council has approved the procurement of hospital equipments.

They are the Magnetic Resonance Imaging (MRI) machines and 64 slides of Computed Tomography (CT) Scan machines.

Others include digital X-ray machines and 4D ultrasound machines, for the use at the Plateau Specialist Hospital at N1.7billion.

He said the machines would facilitate access to quality and affordable health care service delivery to the residents of the state.

He said that the council also approved the re-award of the construction of the 13km Mangu Bye pass road of over N2.8 Billion.

Manjang said the council also approved the construction of road projects which were mostly revised estimate cost following increase in scope of work and variation of price for materials.

“There was also an approval for the full and final settlement of the buy-out of Jos Inland Dry Port Heipang from Duncan Maritime ventures Nig. Ltd, by the state government at the cost of N2.2 billion,“ he said.

Other contracts approved include; over N65 Million award for renovation and remodelling of the state primary health care board and provision of office furniture; and the renovation of the governor and deputy governor lodges in Kaduna.

Also speaking the commissioner for finance, Dr Regina Soemalat, said that the projects would be funded through bank loans, explaining that the state has never defaulted in its loans.