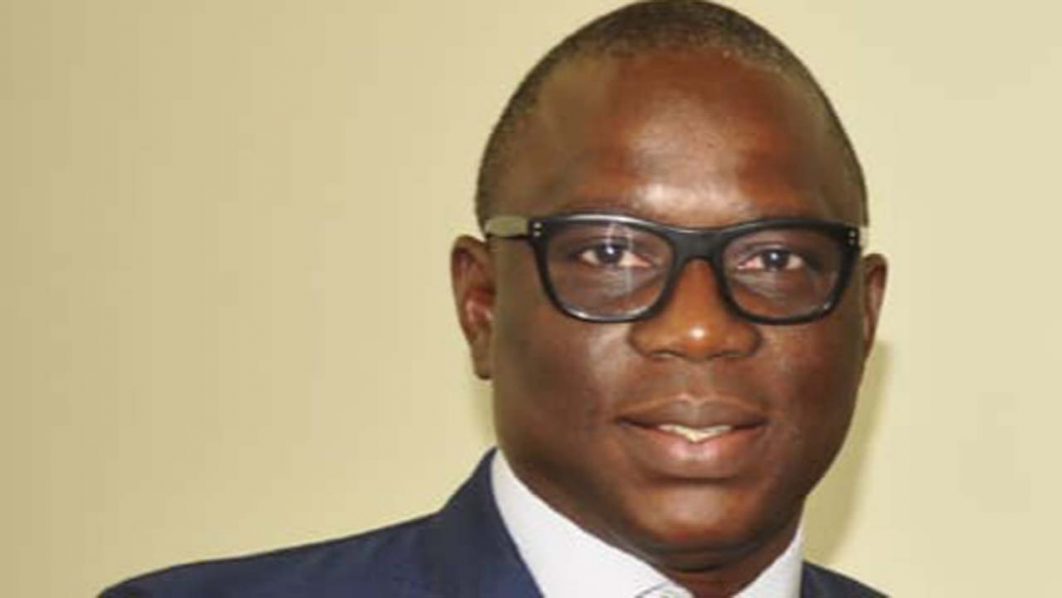 It was an unplanned journey that should have lasted for a few minutes but ended up being the last for Niyi Odetoye, President of the Association of Town Planning Consultants of Nigeria (ATOPCON).

Odetoye, a 1993 graduate of the Federal University of Technology, Akure from the Department of Urban and Regional Planning, was one of the victims of the gas explosion which occurred at Mobolaji Bank Anthony Way, Ikeja, on Thursday, June 18, 2021.

The unfortunate incident occurred when a gas tanker (13.5 tons LPG truck) leaked its content and set the OPIC structure on fire.

The LPG gas was ignited by fire from the kitchen of a new Chinese restaurant, resulting in the combustion of the gas tanker outside the compound.

His was a sad situation of attempting to run from fire and unknowingly, ran into the fire. The fire led to several damages with three adult males, and two other victims confirmed dead, about 24 different types of cars badly burnt, damages to the OPIC Plaza, and 13 casualties with varying degrees of burns.

Niyi, as often called by friends, couldn’t make it through the inferno that consumed the area as he reportedly lost his life at the scene in an attempt to escape from the fire.

The late Odetoye, who recently spoke on his visions for the town planning profession in a recent interview with The Guardian, died of injuries sustained from the gas explosion, five days from his 47th birthday.

The Guardian learnt that he had made an unplanned visit to a popular mall in Maryland on a fateful night without knowing that it would be the end of his lofty dreams for the profession.

According to a source, he had gone to get some consumables from the mall, only to hear people suddenly shouting ‘fire.

The source said: “The gas exploded and the oasis has a kitchen and you know where there is contact between gas and fire, there would be a great explosion. The kitchen increased the spread of the fire. All the woods and cars were consumed. It was sadly a situation of an attempt to run from fire and unknowingly running into the fire.”

It was also gathered that he drove himself to the mall as the driver had left for home. Although he was survived by a wife, children and family members, his loved ones believed that his exit would thwart plans and aspirations that had been set out for progress before his sudden demise.

With over two decades of successful professional practice which cut across master planning, urban regeneration, resettlement schemes and town planning advocacy, Odetoye was a major voice for change on the major challenges confronting Nigerian cities, which have grown haphazardly over time without a physical development plan.

In an actual sense, in his lifetime, he kept reinforcing the need for physical planning to come into place before development in cities lamenting that the reverse has always been the case in the country.

He told The Guardian recently in an interview that: “It is after you have a development that authorities think of putting in place a physical plan. From that point, it becomes a great task to get the expected result. Apart from that, the government has not been funding planning activities and once you don’t put in place the needed structures and platforms to direct the growth of our cities, it would be difficult to have the growth controlled and as such, there is no way to meet up with the expected standard.”

Beyond his immediate family, a close professional colleague to Odetoye and the Lagos State Commissioner for Physical Planning and Urban Development, Dr. Idris Salako, said he was one of the greatest contributors to the enviable status that the town planning profession currently occupies.

Dr. Salako, the immediate past president of ATOPCON, in a tribute said: “Niyi practised the profession with zeal, exuded finesse and simply demystified town planning consultancy.

“He willingly supported every progressive initiative and reform, not limited to the ease of doing business in Lagos State, building energy efficiency. Equally important was his warm embrace of the most recently launched mobile app for enhanced service delivery of the Lagos State Ministry of Physical Planning and Urban Development, during the roundtable with the Real Estate Developers Association of Nigeria (REDAN).

“Niyi was adroit. He made every role seem like a child’s play and had a smile for everyone. Words are not enough to describe what he meant to me and the town planning profession.”

“We both served in many professional arrangements and capacities. Little did I know that the wonderful alliance is not meant to outlive the 18th of June, 2021, occasioned by the ugly incident of the gas explosion.

“I thought the future was waiting for us to make more legendary milestone achievements for the town planning family. I will definitely miss you and the whole town planning family, Lagos State chapter and beyond will miss you. I pray to the Almighty God to comfort your beautiful wife, wonderful children and other family members.”

The immediate past chairman, Lagos chapter of the Nigerian Institute of Town Planners (NITP), Mr. Adebisi Adedire, in a telephone chat, described his demise as a big blow, stressing that it was devastating to the entire ATOPCON and town planning profession.

The Public Relations Secretary, NITP Lagos, Adewale Adebayo, said the sudden death came to the association with the heaviness of heart and prayed that God should comfort his family, friends and grant him eternal rest.