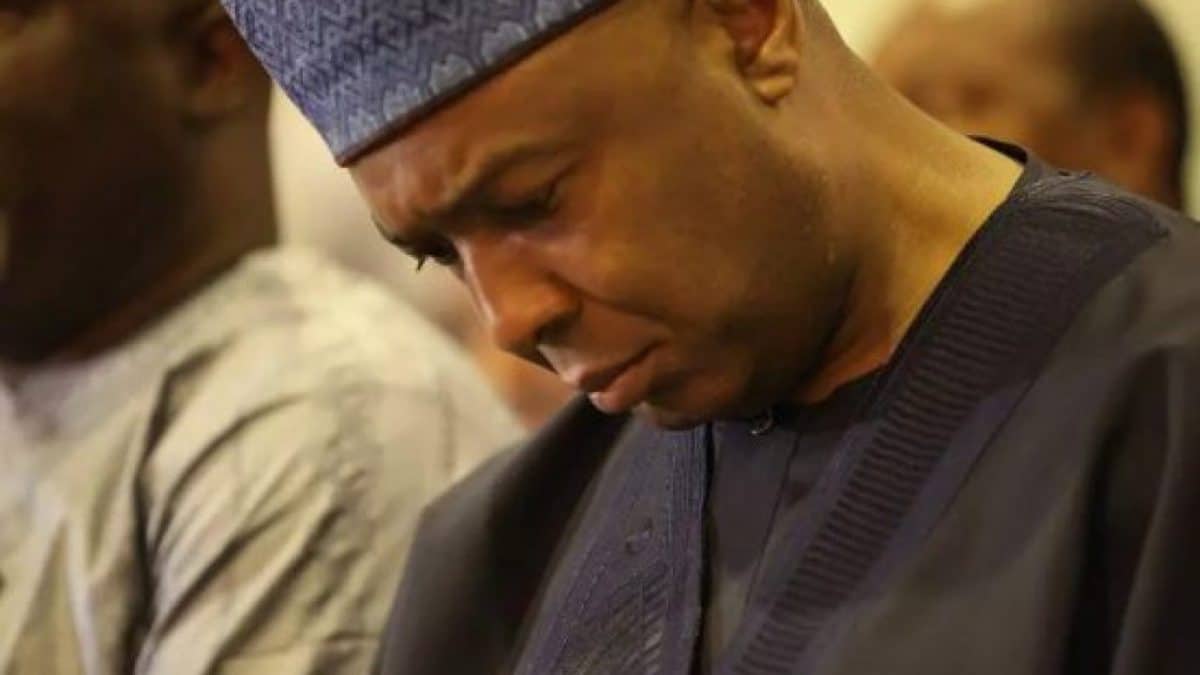 It is often said that “the more you look, the clearer you see.” This is why, while studying the fallout from July 31st, 2021, when the recently renewed saga of Bukola Saraki and the EFCC was reignited in the press, it has become clearer that the initial narrative that was spun on certain news platforms about a purported arrest of the former Senate President was concocted and amplified to fuel certain agenda.

Again, this is why I always tell people to ask questions when they read and analyse the news. If Saraki was actually arrested by the EFCC, would he have gone home later that night? Is that really the style of the EFCC — the action-and-propaganda-prone men and women that we have come to know, watch and observe?

Let’s walk through the process. On the afternoon of Saturday, July 31st, Saraki was photographed with the former Governor of Kano State, Rabiu Musa Kwakwanso and former Deputy Senate President, Ibrahim Mantu, at the wedding celebration of the daughter of the former Governor of Kwara State, Alhaji Shaaba Lafiagi. While the pictures were trending in the media, an online platform released a story that Saraki had been arrested.

However, later that evening, videos and photos were circulated on social media of Saraki in his living room having meetings. Thereafter, his Media Office released a statement that stated that Saraki visited the EFCC Office on his own volition “to clarify any issue that the commission may want to raise with him.” Many people have asked: “Why?” Some others have also said: “Who does that?”

I wondered the same thing myself until I dug further into the archives. Just before Saraki left the Senate, the EFCC, under the leadership of its then-acting Chairman, Ibrahim Magu, wrote to the Clerk of the National Assembly requesting for the details of every money ever handled by Saraki’s office, including the budgetary provisions, traveling expenses, the spending, the outgoing Senate President’s emoluments, and other financial details that dealt with the office. This would have not been a problem in many institutions, however, the problem with Magu’s request at the time is that it was only in respect of Saraki that such a detail was being requested. The then Deputy Senate President, Speaker of the House of Representatives, and Deputy Speaker of the House did not receive such request. Only Saraki did, an indication that although Saraki’s tenure was about to end, his problems with Magu would continue.

As a result of this, Saraki went to the Federal High Court in Abuja, under Justice Taiwo Taiwo, to state that his fundamental human rights were being trampled upon. Justice Taiwo Taiwo, then gave an order, restraining the commission and its agents from interfering with the plaintiff until the case had been determined. Following this action, the EFCC petitioned the Chief Judge against Justice Taiwo Taiwo, stating that they were not happy with the injunction that he had granted.

In what would be described as ‘legal gbas gbos’ on social media, Saraki also counter-petitioned to the Chief Judge of the FHC. Subsequently, this back and forth led to Justice Taiwo Taiwo recusing himself from the case and Justice Anwuli Chikere took over.

Fast forward to July 14th. At a sitting of the Federal High Court in Abuja, the EFCC Counsel, Chile Okoronkwo, told the court that the injunction granted in favour of the former Senate President, Bukola Saraki, has been hindering their agency from probing him. As a response to this, perhaps due to the fact that Saraki has his sights set on higher targets — and wants to retain his clean bill of health with the agency — the former Senate President, through his lawyers, approached the EFCC to schedule a date and time when he could meet with any EFCC investigators to answer any questions on any issue that might be of interest to the agency.

This was why, after the Lafiagi wedding on July 31st, Saraki drove himself to the EFCC Office, and came back home later that evening. Lending credence to the part of the statement, which was released by his media aide, Yusuph Olaniyonu that Saraki “was not arrested.”

With this being the case, it is clear that all the talks about Saraki’s EFCC visit is being weaponised and are cheap political propaganda. This is reminiscent of the time when the federal government instituted the case against Saraki in the CCT, and the front pages of newspapers were always covered with headlines from the sensationalised angle of the court proceedings. Three years after that legal tussle, we all remember how that ended. The Supreme Court threw out all the charges based on their frivolities. Saraki was acquitted, however, the media had already spun a narrative.

This is why, in the run-up to the 2023 general elections, we all need to be skeptical and discerning about the weaponisation of disinformation for political advantage. At this point, it is clear that some people are afraid of Saraki, and want him silenced or subdued ahead of any formal declaration for the presidency. At this point, Nigerians are smarter and understand that media trials and government-sponsored propaganda have their limits and everyone will be judged by their own merits. Not by the activities of any government-controlled watchdog.

Bulus can be reached via [email protected]

Is Slow the most exclusive restaurant in Lagos?