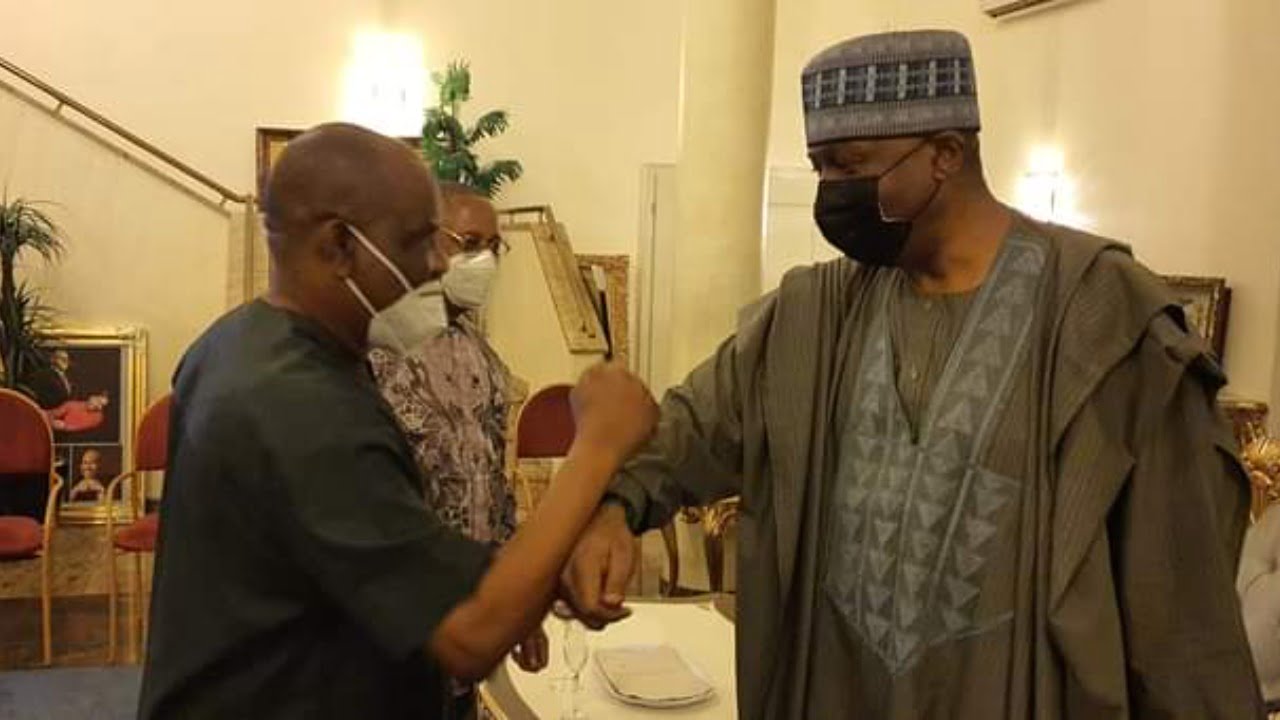 In a quest to ascertain the causes of increasing rate of divorce in the Federal Capital Territory Abuja, it was gathered that desperate and chronic single ladies have uncovered a ‘fetish’ means of snatching husbands.

The desperate spinsters have gone deep in search of the solution to their single status by using an aphrodisiac popularly know as Kayan Mata to hypnotise and spellbind men to themselves.

Kayan Mata literally means ‘women things’ in Hausa, the major language spoken in the Northern part of the country.

The product is a sex and love enhancer originally meant to bond couples as it possesses the power to improve their affections.

However, the product has been misconstrued and abused by women who are in desperate need of man or cash.

According to a dealer, Halima Faruk who posted a video on YouTube, the product is made of herbs usually obtained from India and some African countries.

“The product makes your sex organs extremely very sweet, so sweet that when your man tests another woman, the woman would taste soar to your man.

“When you use the product and sleep with your man, he can never get good sensation from another woman except you, and that will make him keep coming for you.

“To know the effectiveness of the product, swallow some particles of it and take sugar, you will find out that sugar is no longer sweet, the way sugar tastes in your mouth, is how other women would be to your man.”

According to her, Kayan Mata is of different types. She identified one as ATM which has the capacity of compelling men to release cash and property they never wished to give.

It can be recalled that an Abuja-based lawyer, Annnebrafa, Esq took to her Twitter handle on February 2020 to claim that over 4,000 couples applied for divorce in the Federal Capital Territory in less than two months.

“4,000 divorce applications in Abuja already and the year just started.

“Some of these marriages are less than a year old. What is really happening,”? She tweeted.

Although the claim stimulated several reactions from many Nigerians as some ascribed the ugly trend to lack of preparedness for marriage while others were sceptical on the authenticity of the figure.

However, statistically, the number of divorce cases has reached an alarming rate in the FCT, with over 200 marriages reported to have been dissolved by the FCT High Court alone in the last one year.

Findings revealed also that the figure is almost ten times higher at the customary courts, the Alkali and the Sharia Customary Courts within the Federal Capital Territory.

Some residents of FCT who spoke with DAILY POST, said they were ignorant of the trending product, stressing that their husband must have been spellbound.

A female resident of the Federal Housing, Lugbe Abuja who preferred anonymity for fear of victimisation said, “I got to know about this demonic product recently after it had ruined my marriage.

“My husband who used to love me more than anyone suddenly lost his affections for me. He no longer sees me as his wife.

“His strange attitudes towards me and the children is quite worrisome. He is always going out without disclosing his destination and that has continued for a very long time now.”

Similarly, Mrs Monica (surname withheld) of Gwagwalada, told DAILY POST correspondent that she is set to file for divorce owing to her husband’s strange attitude.

“Will I continue in this condition and die because of marriage? I don’t think it is worth it.

“I had noticed that a strange person penetrated into my marriage when he (husband) started hiding to pick calls and refused to disclose his phone security pin to me, but when I confronted him, we almost fought.

“He does not even sleep at home any more. Someone must have pierced him down with Kayan mata. I am sure it is not ordinary,” she lamented.

One of the Abuja big girls, Susanna of Gwarinpa, told DAILY POST that only smart girls rule the city, stressing that she chose never to tread the part of poverty.

According to her, “There is money in Abuja, but if you no shine your eyes, poverty go just kill you before your time. We use what we have to get what we want.

“I don’t care how a man looks, what he does or whether married or single. My own na to cash out and move”.

When asked if she uses Kyan Mata, she responded, “The man is in love. That’s the most important thing. It doesn’t matter what I used on him.”

Also, a female undergraduate who spoke to our correspondent, argued that love does not exist. She said she goes into men for mere pleasure.

“I’m not looking for any relationship that would lead to any marriage. Many of my friends who are married are only enduring the union, so why should I join them?

“If the married men are enjoying their marriage, they wouldn’t come to us, so allow me to enjoy myself,” she said.

The desperation by the single ladies to get a husband which has resulted to enthralling men, may not be unconnected to the growing rate of single ladies and scarcity of suitors in the Territory.

Another Anonymous source told our correspondent in Abuja that that family and peers pressures on ladies made them indulge in the use of Kayan Mata to snatch husbands.

“In this part of the world, when you are closed to 30 years, people will keep mounting pressures on you to get married even when there are no suitors, as if it’s your fault.

”Someone will just call you with all forms of seriousness only to let you know that you are not getting any younger, so you need to marry.

“So when a woman is not able to keep her husband, we will help her to keep the man. There is scarcity of husband. Everyone wants to get a man to herself. And if your husband is rich, I’m sorry,” she added.

An evangelist in the Redeemed Christian Church of God, RCCG, Augustine Johnson, told DAILY POST in Abuja that the issue of Kayan Mata is a sign of ‘end time’ as predicted by the Holy Bible.

“The desperation by young ladies that we see today, has been recorded in Isaiah 4:1 which according to the Good News version, stated that, “When that time comes, seven women will grab hold of one man and say, ‘We can feed and clothe ourselves, but please let us say you are our husband so that we won’t have to endure the shame of being unmarried,” he said.

DAILY POST’s investigation further reveals that many Nigerian women are into the business of Kayan mata. It’s either they are patronizing the product or they are marketing it. Most of the ladies selling the product use social media such as Facebook and Instagram to convince potential clients.