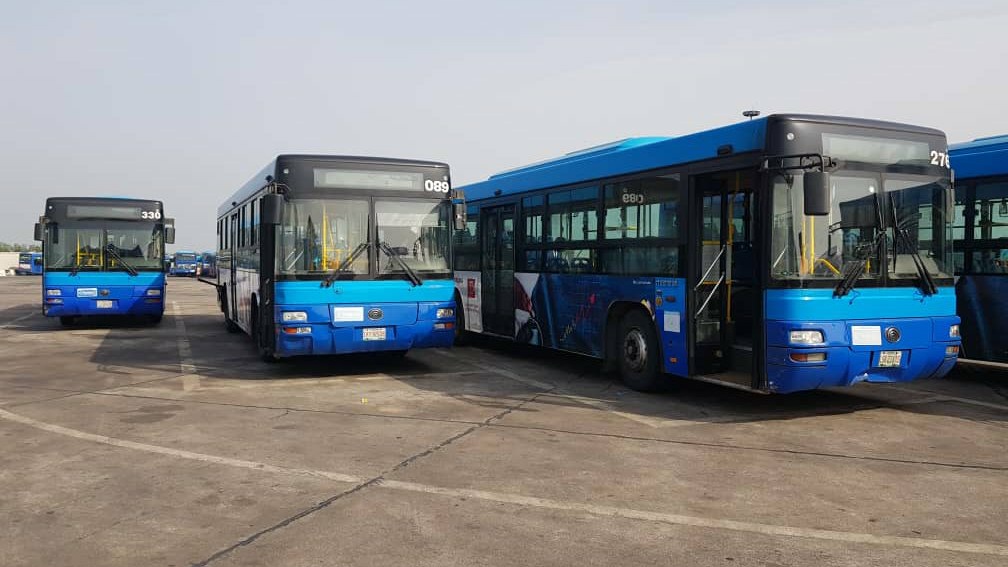 Primero Transport Services Limited, on Sunday said that inflation and its inability to access forex to import vehicle parts’ were hindering its efforts at reviving its faulty buses and providing seamless services to its passengers.

Fola Tinubu, the Managing Director of Primero Transport Services Limited, the operator of the Bus Rapid Transit (BRT) in Lagos, disclosed this to the News Agency of Nigeria (NAN).

Tinubu was reacting to challenges facing the firm in its bid to provide world-class services to its potential commuters.

He noted that the firm had been struggling in the last six years to make ends meet.

He said that government’s regulation on fares without considering inflations and the provision of subsidy, had crippled the revenue generating ability of the firm to provide world-class services.

According to him, the firm cannot also access forex from the Central Bank of Nigeria (CBN) to import parts to revive most of its faulty buses.

Tinubu said: “The cost keeps galloping. The price of diesel alone has gone up by almost 41 per cent between January and April end.

“This means our cost is going up, government cannot cap our revenue generating ability (by fixing fares) and leaves our cost to keep galloping. It’s a recipe for disaster.

“Also, we want to import vehicle parts into the country so we can fix our faulty buses. But, the CBN told us that they don’t have foreign exchange for parts.’’

“The reality is that if the cost keeps going up and every time naira loses its value, our cost will shoot up because we do not manufacture anything in this country. With this situation, it will be hard to provide a transport system of a world-class economy.”

According to him, if the inflation continues and the CBN cannot provide forex at the official rates, the firm that had employed about 2,000 people and helped the economy may not be able to sustain such a staff strength.

Tinubu urged the state government to either give the private sector free hand to operate or provide subsidy as being done in other countries.

“Transport is the backbone of the economy, people have to move from point A to point B. If government wants to make people’s lives easier and does not want us to charge more than the current fares, it must be ready to subsidise our cost of operations.

Tinubu said: “The sad fact is, if we want a world- class service, it has to be paid for. We can either stay with our `danfo’ and `okada’ mode of transportation, or we go the way other countries are doing it.

“Other countries are doing it well and it is not about rocket science.

“The company has been struggling for the past six years, trying to figure things out and to make it work.’’

The managing director, however, said that he was aware that the commuters did not want an increase in the bus fares.

He said this is because most of those that fall within BRT boarding category are low income earners who are finding it tough to survive.

He said that if Primero were not put on a solid financial footing, it would affect everybody.

“God forbids, if anything happens to Primero, the commercial bus drivers are going to be charging as high as N1,000 as transport fare per passenger from Ikorodu to TBS and people will have no choice than to pay.

“For somebody who has spent between 50 per cent and 75 per cent of his or her income on transportation, if you want to increase fare by N50, he will oppose it; but the question is how do we make it work?’’

The managing director said that the price of vehicle parts imported within the last eight months by the firm had increased with about N400 million now because the naira then was exchanging for N360 to the dollar.

He, however, said that the firm was restructuring and looking inward so that it could continue to provide a more effective and efficient service that every commuter will be proud of.