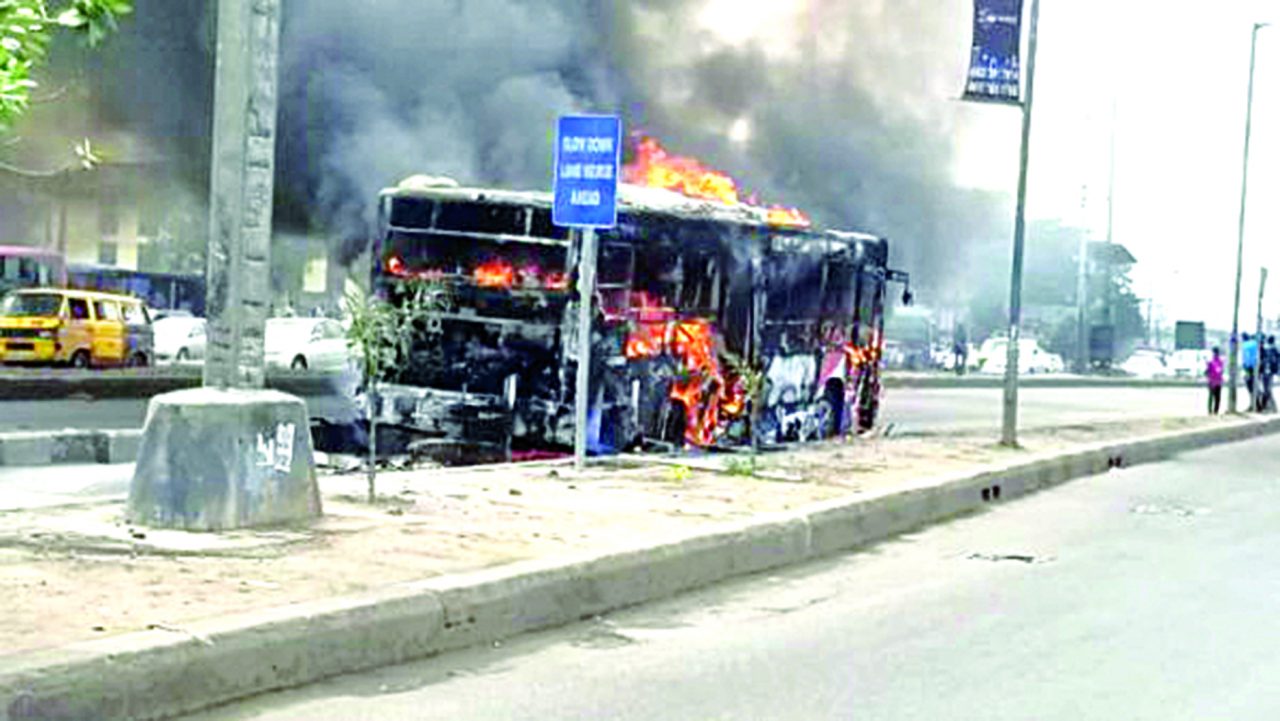 According to him, the bus involved in the incident was drafted to assist in conveying the passengers after the one which took off from Ikorodu terminal broke down.

He said all the passengers were rescued unhurt by officials of the emergency response agencies. Farinloye said the agencies included NEMA, the police disaster management unit and the fire service.