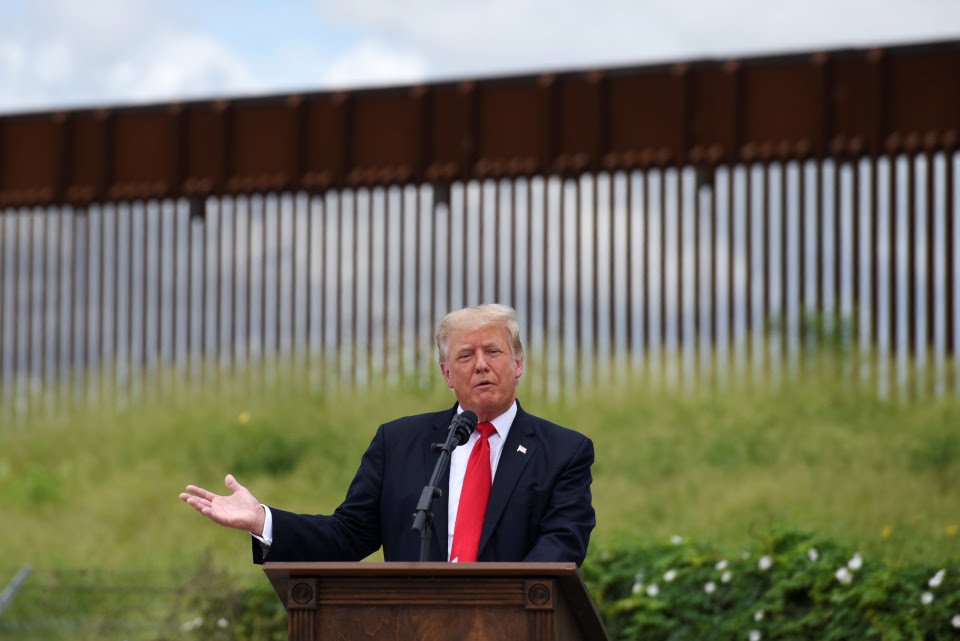 Trump made the comment on Wednesday when he visited the border wall in Pharr.

The former leader was accompanied by Texas Governor Gregg Abbott and some Republican lawmakers.

Trump expressed dismay about the Biden administration’s decision to halt work on the project.

He said the construction could have been completed in less than three months from the time it was stopped.

Trump boasted that his government produced the safest and best border ever in America.

“Biden is destroying our country and it all started with the fake election. The big one [the 2020 presidential election] was won by a different person,” he said.

Trump told Biden to resume building the wall and to paint it black.

“The best color to paint it is black. Because if you paint it black, it’s so hot, nobody can even try to climb it.”

Trump hailed his administration’s efforts to reduce migration and called the US-Mexico boundary, under him, the most secure in history.

“Now they’re at levels never seen before. Millions of people are flooding in, drugs, and human trafficking.”

Trump mentioned the freeze in funding to the Wuhan Institute of Virology, a lab in China where COVID-19 allegedly emanated.

“It wasn’t about virus at that time, I stopped it because I said why the hell are we giving money to China, it was very simple”, he noted.

Members of Rivers State Assembly plotting against me – Wike