BBNaija: Pere’s management opens up on alleged bullying of Whitemoney

The management of Pere, Big Brother Naija, BBnaija season 6 housemate has taken its position on the allegations that he bullied and provoked Whitemoney.

Recall that Whitemoney and Pere had an altercation on Monday night after the latter confronted Whitemoney and demanded to know what he told Angel during a game.

As though ready for a fight, Pere inclined towards Whitemoney, pulled his belt and repeatedly asked to know what was said about him.

Other housemates told Whitemoney not to speak further but the matter got worse due to Pere’s insistence and Whitemoney flared up which led to a serious argument between both parties.

Pere’s behaviour has since been condemned by viewers as well as housemates who demanded that Biggie issues him a strike for ‘bullying’ Whitemoney.

Reacting to the backlash, Pere’s team in a statement posted on his official Instagram page said his behaviour to Whitemoney was in no way an act of bullying.

The management said Pere is the most misjudged and misrepresented character in the house because of the audacity of his personality.

They urged viewers not to take sides and push a convenient narrative.

The statement read: “The events of the last 24hours has stirred up mixed reactions with a number of people expressing their displeasures and dislikes. Bullying of any form for whatever reason is unacceptable and we do not condone or support it. We however want to use this medium to express that whiles Pere’s actions were somewhat uncomfortable to watch, it was in no way an act of bullying.

“He is undoubtedly the most misjudged and misrepresented character owing to the complexities and audacity of his personality. He is neither afraid to make a mistake, fall or be misjudged. He wears an overwhelming air of confidence that can easily be misinterpreted.

“We must be careful not to swap confrontation for bullying just to play into a convenient narrative. Was this confrontation necessary? Yes Was it Bullying? no.” 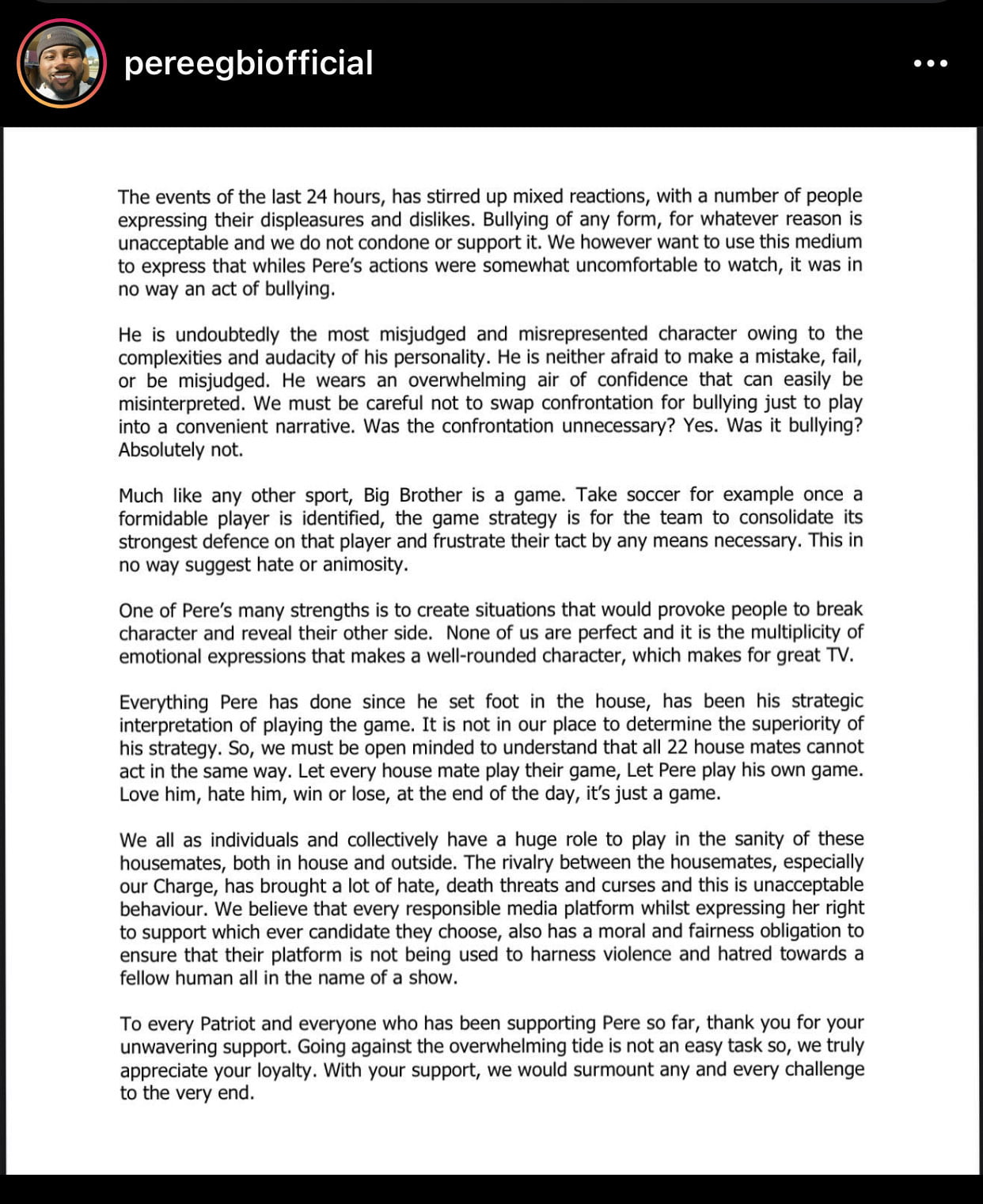