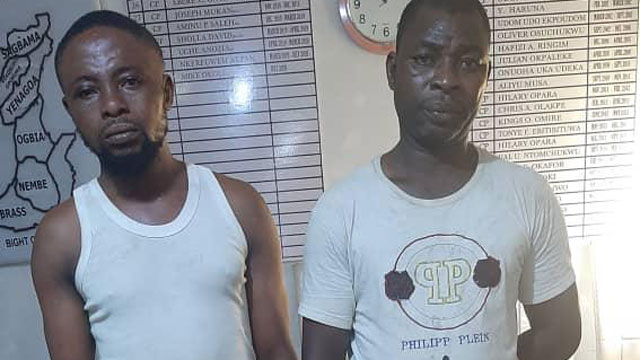 Suspected cult members have killed a 200-level student of the Niger Delta University (NDU), Ammasoma, in a renewed gang war among rival groups in Bayelsa State.

The killing of the student in the presence of his colleagues and lecturer caused pandemonium at the university, as people scampered for safety.

The killing of the 200-level student, James Okunmakpeye, came two days after another person was gunned down by suspected cultists at Obele, a suburb of the state capital, Yenagoa.

The deceased, a student of Marketing at the Faculty of Management Science, was shot in the head at a close range about 11a.m. while standing by the door of his class.

Some of his classmates and lecturer, according to sources, scampered for safety, while the body of the deceased was left in the pool of his own blood.

Some of the female students that witnessed the killing wept uncontrollably when his body was being evacuated. The Public Relations Officer of the institution, Ingezi Idoni, who confirmed the incident, assured that the school was investigating the incident and had contacted security personnel.

He said: “There was a lecturer in the class during the incident. He was shot by the door of the lecture room. He was late to the class and was being asked to come into the lecture hall. While he was offering reasons for his lateness, someone came from behind and shot him.

The spokesman of the Bayelsa State Police Command, Astimin Butswat, who also confirmed the incident, said he was waiting for details from the divisional headquarters in Ammassoma.

Meanwhile, the police command in the state said it had recovered 125 rounds of live cartridges, a bag of weed suspected to be Indian hemp from two suspected criminals.

According to the command’s spokesman, the suspects were apprehended following a tip off.

“Operatives of the anti-kidnapping unit of Bayelsa State Police Command have arrested one Solomon Ibe 43, and one Chris Amuka, 23, at Ovom Waterside, Yenagoa.

“The suspects were arrested while trying to ferry one bag of weed suspected to be Indian hemp and 155 rounds of live cartridges to Southern Ijaw Local Government Area.

“The suspects are assisting the police in its investigation. Meanwhile, the Commissioner of Police, Bayelsa State Command, Mike Okoli, has enjoined members of the public to continue to assist the police with useful information to curtail crime in the state,” Butswat said.