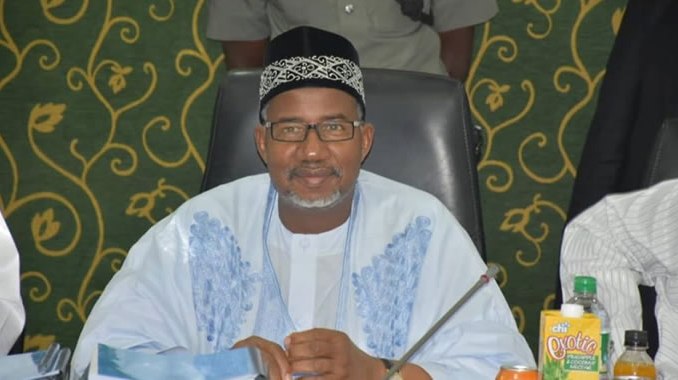 Mohammed made this statement, yesterday when he distributed 50 vehicles to security agencies at the Government House.

He said the government was charged with the primary responsibility of providing security and maintenance of law and order.

He said: “The citizensare to subject themselves to the principles of practice of rule of law and social harmony. The dynamic of this relationship has been altered by several contradictions, distortion, and security architecture. We have put our eyes off the picture leading to the unfortunate insecurity in the country…”

Meanwhile, the government is also worried over the increasing number of ghost workers in the state, which has eaten deep into its treasury.

A month ago, the governor appointed his Deputy, Baba Tela to chair a panel to investigate why it paid more than it should.

Tela said his committee detected a staff of the State House of Assembly, who impersonated a lawmaker to get salary and allowances.

“ Somebody was impersonating as House member and was collecting allowances and salary. We stopped the salary to confirm whether he was a bonafide staff and found out he was not.

While receiving the vehicles for distributions to various security agencies, acting Inspector General of Police, Usman Alkali Baba, who was represented by AIG Johnson Babatunde Kokumo, thanked the governor for the kind gesture.

He said: “We thank the governor for the support. Security, generally, is capital intensive and needs funding, particularly in equipment procurement for effective and efficient performance…”

“Provision of these vehicles is a morale booster for our policemen to carry out their statutory duties. The support has come at a good time. This laudable gesture can serve as a catalyst in our renewed vigour to fight crimes and criminalities in the country.”

Ekiti: We can no longer go to farms — Farmers cry out

Ekiti: We can no longer go to farms — Farmers cry out