Banning cryptocurrency trade in Nigeria: Was the CBN right? 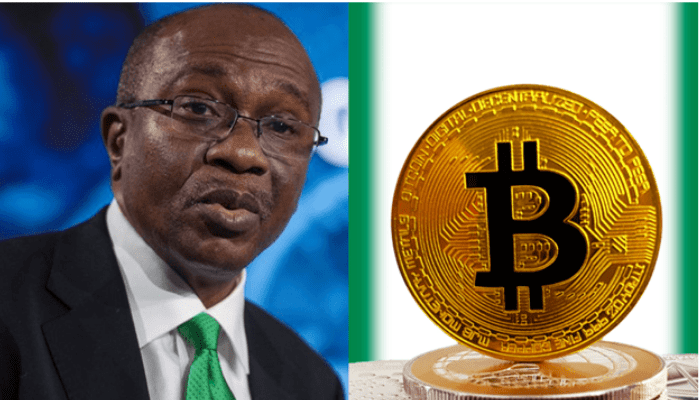 The ever-present, yet, ambiguous nature of cryptocurrency as a means of exchange among other transactions has made it difficult for financial regulators to accept crypto financing as a standard in the financial market.

On February 5 2021, Nigeria, through its Central Bank banned the use of cryptocurrency and offenders face grave penalties due to the perceived dangers to both end-users and the country.

This has sparked huge contentions among experts, operators and speculators alike on the rationale of this ban decision, and this article intends to dissect the various angles involved.

How new and surprising is the cryptocurrency ban?

In retrospect, the decision of the Nigerian government is not so sudden given that four years ago, that is, in January 2017, the Central Bank of Nigeria (CBN) issued a circular in this regard.

“The Central of Bank of Nigeria’s circular of January 12, 2017 ref FPR1DIR/GEN/CIR106/010 … hereby wishes to remind regulated institutions that dealing in cryptocurrencies or facilitating payments for cryptocurrency exchanges is prohibited” with the immediate closure of cryptocurrency accounts where non-compliance attracts severe sanctions.

As expected, the Nigerian cryptocurrency community then reacted by calling the decision ‘retrogressive’ and Senator Ihenyen, the President of the Stakeholders in Blockchain Technology Association of Nigeria (SIBAN) labelled it a “lazy decision” and “poor orientation of financial institutions to comply based on the letter alone.”

That same 2017, the Securities and Exchange Commission (SEC) notified bitcoin traders to exercise extreme caution with the business of crypto-trading.

This was reiterated by continuous warnings of CBN to banks in March 2018 about discouraging crypto trading since “cryptocurrencies such as Bitcoin, Ripples, Monero, Litecoin, Dogecoin, Onecoin, etc and Exchanges such as NairaEx are not licensed or regulated by the CBN.”

This ban decision is not far-fetched considering that the financial market has been laced with rising fears of using cryptocurrencies for payment and exchanges globally.

Despite these escalating concerns, no uniform international protocol has been engineered to cater for the legal adoption of cryptocurrencies as means of exchange.

While the government of some countries (such as the USA) may have imposed some form of regulation to guide cryptocurrency usage, a host of other non-conforming nations have resorted to “quasi-regulatory” styles of imposing binding rules on the public.

Some countries like India, China, Nepal, Morocco, Algeria and Nigeria have outrightly outlawed the operations of crypto exchanges in their nations, inducing widespread arguments among merchants and operators of the blockchain-dependent digital currency apologists.

The reluctance and scepticism of some governments to embrace cryptocurrency perhaps stem from the little influence they possess over it.

Premised on the highly revered blockchain technology, crypto financing is a growing area of international business that operates within and around a system that permits the storage and transfer of value without the noisy hovering of a central authority.

The global wide acceptance, use and persistent growth of cryptocurrencies have made many monetary and financial agents highly inquisitive. This is especially given concerns of the system’s legality and safety of end-users.

The rapid rise of blockchain technology in today’s fast-paced digital era has lured in potential investors to exploit a decentralised, non-fiat system in raking in as much turnover as possible through the internet.

With the ability to self-manage one’s finance by controlling the ownership and transfer of cryptocurrencies and monitor real-time non-cash payments, this blockchain system has become an attractive alternative to the centrally controlled payment mechanism.

CBN’s Justification of the cryptocurrency ban and how this affects Nigerians
The CBN has arguably justified its crypto trade ban on several grounds. One reason is the supposed concerns about the lack of regulation as well as licensing issuers and actors in the cryptocurrency trade scene.

Other bases are the issues surrounding anonymity and improper KYC (know your customer) process, which makes crypto trading susceptible to illegal and other crime-related uses.

Also glaring is cryptocurrency’s decentralised nature of trading which excludes it from direct monitoring, supervision, regulation and revenue contribution to the state; plus, its volatile nature which threatens the stability of financial systems.

Enshrined in the Nigerian Cyber Crime (Prohibition and Prevention) Act 2015 and the CBN Consumer Protection framework are guidelines that serve as the legal basis for which the central bank authorised the cessation of the online trades in cryptocurrency.

With this policy directive in effect, affected traders and other concerned citizens across the country question the genuineness of the government’s motive and are seeking answers beyond the legal and regulatory concerns.

Indeed, if the world of crypto finance were given a larger room to flourish, net wealth holdings of participating citizens will experience a boost and the standard of living of individuals will be enhanced accordingly.

With a clear boast as the second-largest bitcoin market with over $500 million worth of bitcoin traded over the last five years, the Nigerian cryptocurrency market was at its high nodes just before the regulatory shock in March 2021.

The government’s new policy on crypto trading is set to hamper exchanges in the cryptocurrency market and will prevent trading with bank-based facilities such as credit and debit cards.

While the net wealth holdings of individuals who have deepened their activities in the cryptocurrency market will record significant declines, banks, who serve as custodians of the earnings generated, will also lose premiums on transactions they helped to facilitate.
Hence, the looming question: could the CBN have done better?

As opposed to the outright cryptocurrency ban, the CBN and SEC could work together to develop a concise legal framework for the operation and use of cryptocurrency trade.

This legalised framework can be combined with formulating anti-laundering and data recovery regulations.

Moreover, the CBN and SEC could collaboratively develop technologies to uncover hidden transactions to ensure accountability and eliminate fraudulent uses of the cryptocurrency.

More importantly, banks should be empowered to conduct due diligence checks under established laws as this will aid CBN’s role as an autonomous body.

Also, the CBN and SEC can enforce stringent laws to curb misuse of earnings from crypto trade to foster accountability of the financial market.

To address the concern of not contributing to government revenue, the CBN and SEC could impose fair taxes on banks due to crypto-related transactions.

Lastly, the CBN-SEC alliance can learn from other countries that have expanded existing financial and legal laws to accommodate cryptocurrency trade.

Should the Nigerian government decide to embrace the new financial innovation due to crypto finance, there is absolutely more to gain than lose if all areas of the sector are gainfully explored.