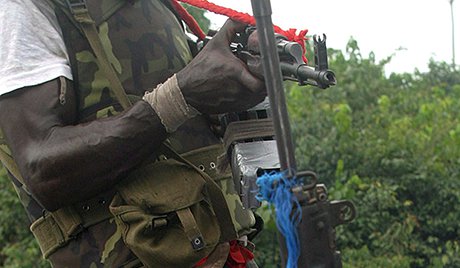 Four attacks by suspected bandits over the weekend have led to the death of two persons, and the abduction of five others in Safana, and the Danmusa Local Government Area of Katsina State.

Scores of animals were said to have been rustled in at least one of the incidents.

At Kunamawa village, the bandits shot and killed two people, and wounded several others during the attack which occurred a few minutes after 10:pm.

The injured are currently receiving treatment at the hospital, including a member of the road transport union, who was said to have been shot on the leg.

A source in the area said the bandits had attacked the driver of an articulated vehicle who had come into the village from Lagos state, that same night.

“The bandits shot and killed two people, and wounded others, including a Road Union worker. A driver who came from the South in a truck was also abducted,” the source said.

“The bandits also looted several shops and harassed many residents. The abduction incident occurred between Dangere and Mara villages.”

At Tirkawa, the bandits also abducted one Ayuba, the driver of another articulated vehicle at about 5:pm on Saturday.

“They bundled him unto a motorcycle and ferried him into the forest. The bandits are yet to demand for ransom as at yesterday, but would definitely do so sooner or later.

“But the bandits didn’t abduct anyone in Yarlilo village. What they did was to rustle dozens of domestic animals in the area.”

He added that several of the residents were threatened during the incident, and warned not to resist the bandits or face the consequences.

A woman and her three children were abducted at Shaka Iddo village, while several homes were ransacked and valuables carted away by the bandits.

He lamented that incidents of abductions, rustlings, and related criminality occur on an almost daily basis in the two council areas, both of which share a border with the dreaded Rugu forest.

However, Gambo Isah, spokesperson for the police command in the state, was yet to respond to inquiries made about the incidents at the time of this report.