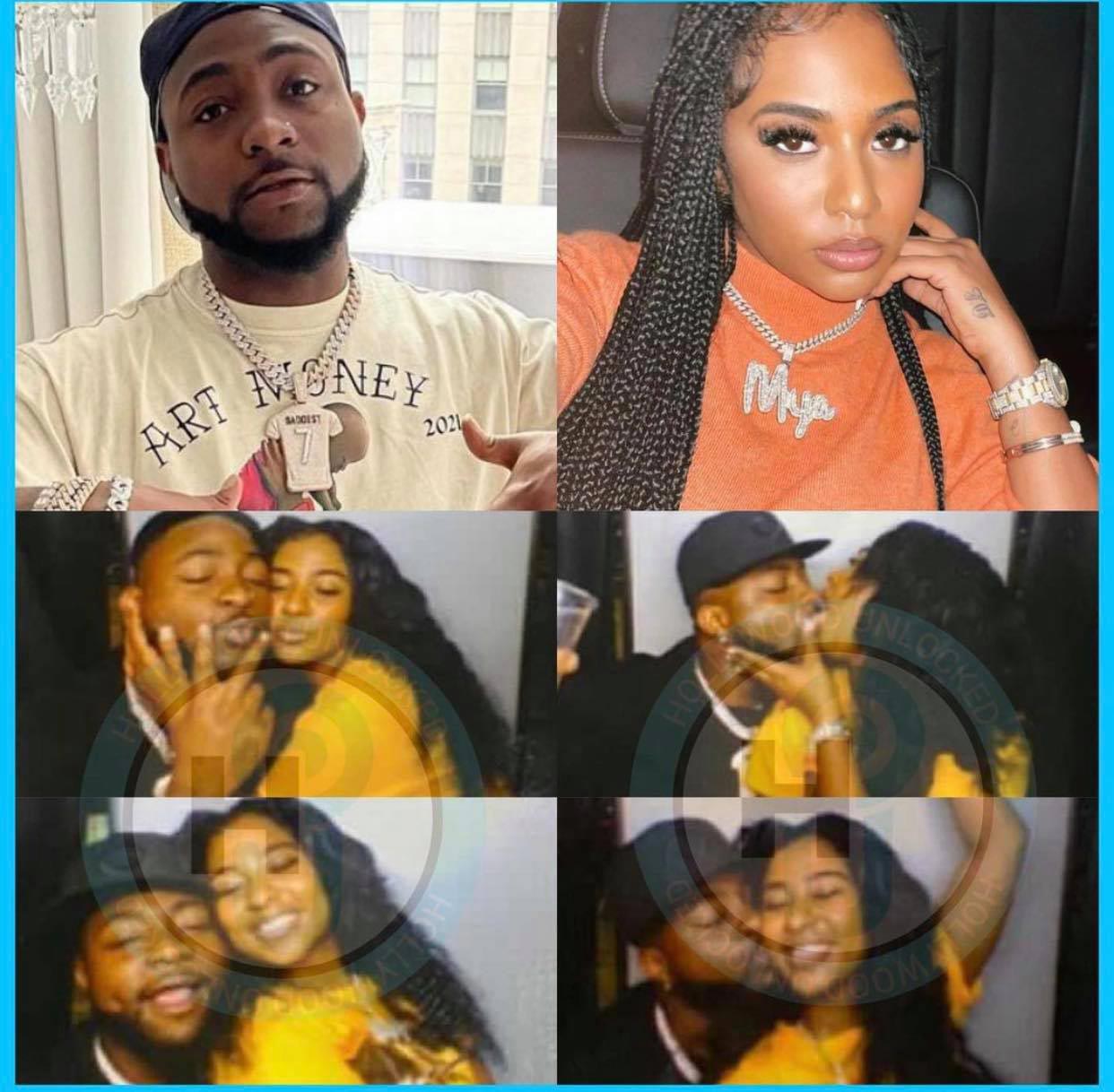 The news that popular Nigerian singer, Davido’s relationship with Chioma has crashed has again surfaced online.

In the viral picture on social media, Davido was seen in a cozy position with his new alleged lover.

This is not the first time they would be seen together.

Davido was spotted with Mya Yafai weeks ago while on holiday in St. Maarten with his team and at an event on the Caribbean island.

There have been rumours that Davido’s relationship to his fiancée, Chef Chioma allegedly crashed in 2020.

Recall that the popular singer in November revealed that he was under pressure to marry Chioma.

According to him, after the Assurance video, Chioma received hate messages from people and that affected their relationship.

However, the latest picture of Davido’s supposed new love has continued to stir reactions.

While some accused Davido of cheating and humiliating Chioma despite assuring her of his love, others were of the opinion that Davido made no vows, therefore, not obligated to stay loyal to one woman.

@Osas-Bigengine “ Before you judge Davido of cheating on Chioma, make sure you’re innocent. It’s either you must have cheated on your partner or on God or on your friends or even cheated on yourself. Everybody is a cheat except a few of us.”

@ Horlatunboshift “ Davido promised Chioma assurance, then went behind and cheated on her. I guessed na only Wizkid Made in Lagos album true love dey now.”

@Ajehswag “ It was Peruzzi that wrote assurance. So technically, Davido wasn’t the one that promised Chioma assurance.”

@Oye440 “ No cap but this Davido and Chioma thing just made me come to the conclusion that a rich man can never be loyal to one woman.”

@Bigdaddyvinz “ Davido is not yet married to Chioma so he didn’t break any marital vows…y’all rest!

@Bagofnuts_ “ After Chioma cooked for the whole 30BG and friends. Assurance in the mud.”

@Luz “ Assurance don turn Endurance like this ooo. Chia my Igbo sister don join the baby mama league. Davido, why you do Chioma like this.”

@Iamseunalaofin “ Davido and Chioma relationship is more of a business relationship. Davido used her for PR and she used him to become famous and popular so if they break up today, there is no winner or loser ami them. They both understand this and they are playing their roles very well!

@Horluwartomiwah “ So make we they wait for the water wey go carry Davido go.

“If I ever leave o, make water carry me go faraway” He carry Chioma handicap!

@Phikki1 “ Offset cheated on Cardi, Jay Z cheated on Beyoncé ,If Davido is going to cheat on chioma, there is nothing y’all can do about it.”

@Oyindamola “ People kiss well in musical videos , even movies too. Flavor kissed chidinma in a musical video, nobody said anything , why’s Davido different? He’s a singer and an actor but he’s also human. Give the man some breathing space, he is not cheating on Chioma!