Association raises the alarm over insecurity, attack on residents 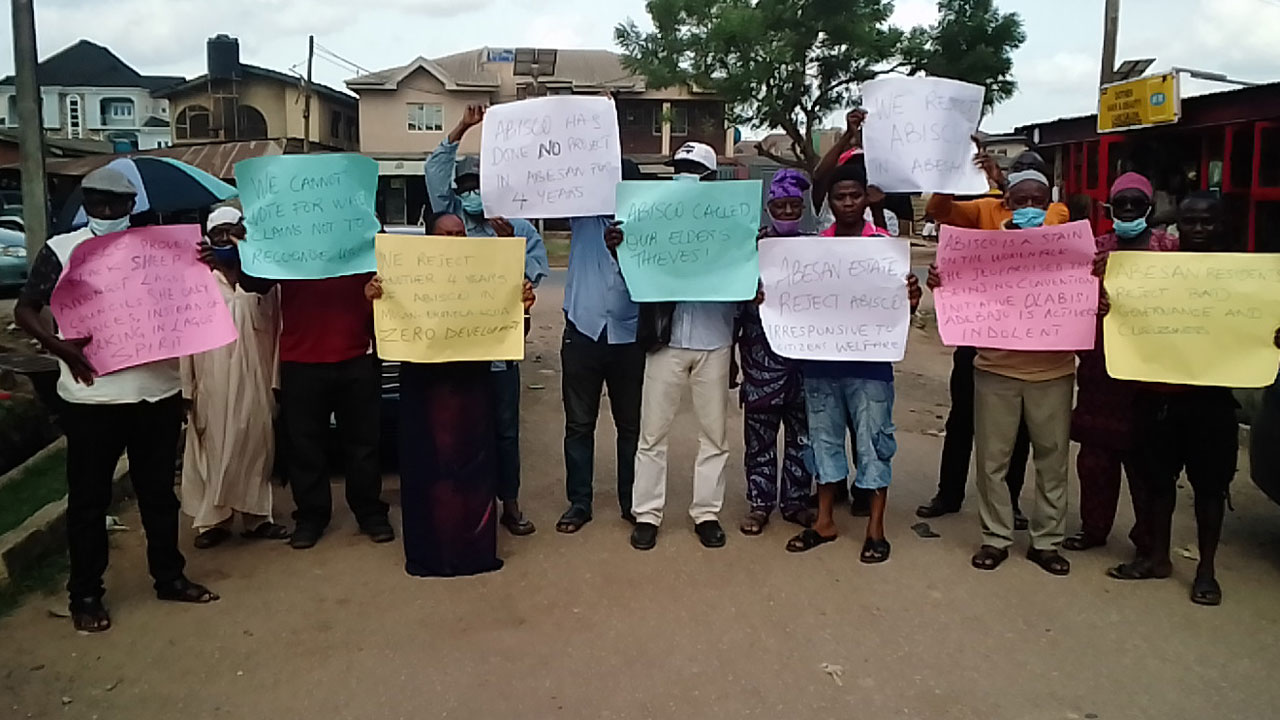 Some of the protesters

Abesan Housing Estate Residents Association has sent a save-our-soul message to the Governor of Lagos State, Babajide Sanw-oolu, urging him to intervene over influx of hoodlums, motorcycle riders allegedly armed with sophisticated weapons.

The situation, which is said to have been giving the residents sleepless nights, has allegedly failed to attract the attention of the Mosan Okunola Local Council Development Area despite several appeals.

President of the association, Mr. Michael Kehinde, lamented the disposition of LGA to the plight of the residents, alleging that apart from doing nothing to secure the life and property of the citizens in the estate, she had contributed nothing to the development of the estate.

“The LGA encouraged motorcycle riders to ride without control as they refused to checkmate them despite several appeals to them. They refused bluntly to profile transporters. They opened up the estate for danger and insecurity as they chased away the security men we employed to stay at the gate thereby making the gate porous. We wrote to the governor, commissioners with no response. However, we wrote to Lagos State Public Works Department who came and put some of our roads right and the Task Force at Oshodi,” he said.

Legal officer in charge of the estate, Teslim Bello, said the insecurity had grown worse with people being hacked and homes burgled when people are out of their homes.

Youth representative, Oluwaseun Olukoya, said his friend was recently robbed within the estate by a ‘one-chance’ syndicate to the tune of N641,000.