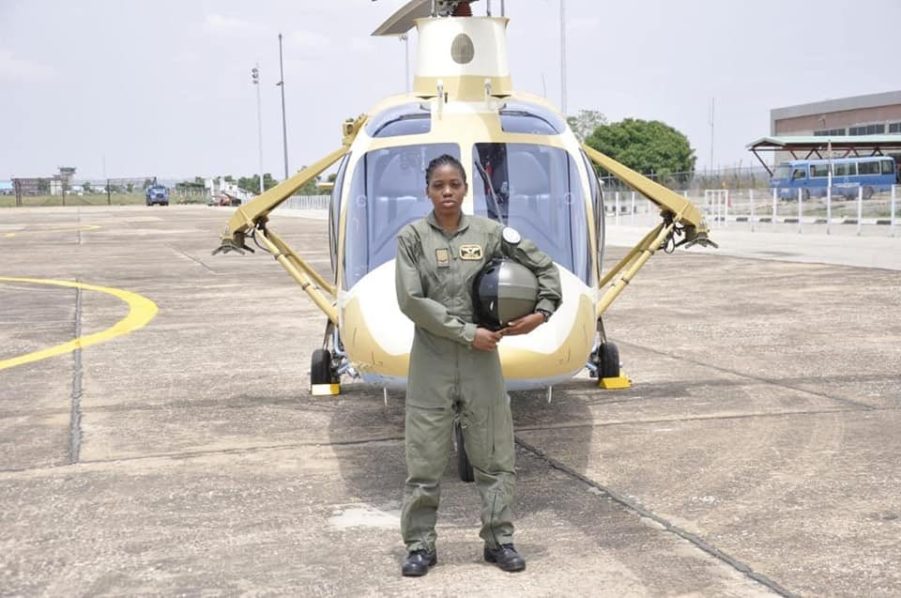 Wednesday marked one year of the death of Tolulope Arotile, Nigeria’s first-ever female combat helicopter pilot. The Flying Officer, born December 13, 1995, died of head injury within the premises of the Nigerian Air Force (NAF) Base, Kaduna.

The deceased was renowned for her gallantry and skills, which include flying fighter choppers to areas dominated by bandits and terrorists for aerial strikes.

A cross-section of Nigerians believes her contributions to counter-insurgency operations cost her life and continue to demand a probe. The NAF, according to former Director of Information, Air Commodore Ibikunle Daramola, stated that its late officer was killed by a “reversing car.

“She was inadvertently hit by the reversing vehicle of an excited former Air Force Secondary School classmate while trying to greet her”, Daramola said.

Many rejected the account, which stirred controversy and argued that speed limits are strictly enforced and observed on military bases.

The last time anything was heard of the matter was in August 2020 when the Magistrate Court in Kaduna discharged two of the accused – Folorunsho Igbekele and Gbayegun Deji.

The Magistrate, Benjamin Hassan, said the Kaduna Justice Ministry’s department of public prosecution found nothing against them “other than being passengers in the vehicle of the first suspect.”

The first defendant, Nehemiah Adejor, was expected to be re-arraigned before a High Court for manslaughter on September 3, 2020. Curiously, the case has gone cold.

She was winged as the first female combat helicopter pilot on 15 October 2019 after completing her flying training in South Africa.

Just two years into her career, Arotile acquired 460 hours of flight, an exceptional milestone that, among others, earned her commendation from President Muhammadu Buhari.