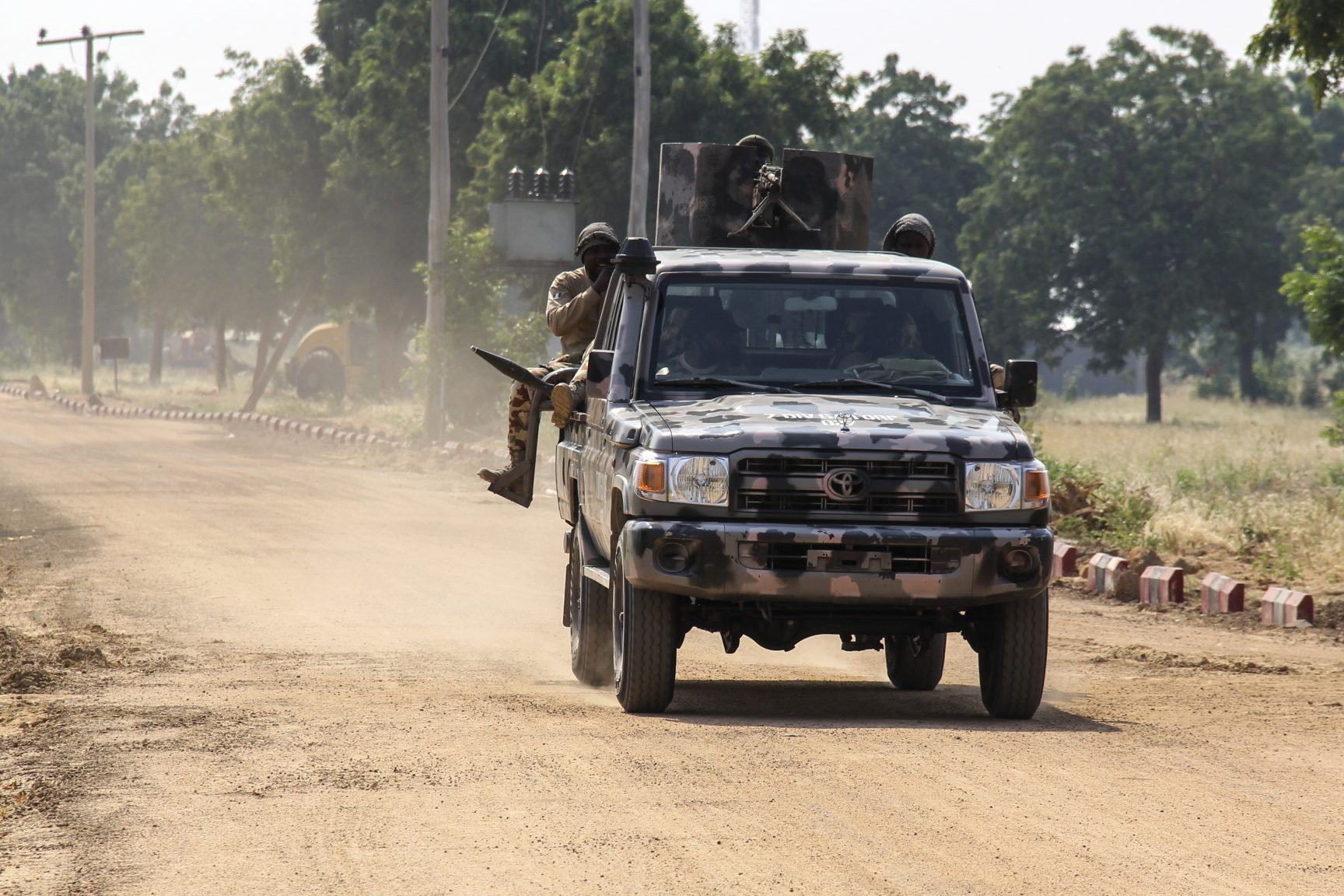 Nigerian Army soldiers are seen driving on a military vehicle in Ngamdu, Nigeria, on November 3, 2020. (Photo by Audu Marte / AFP)

The Nigerian Army says the troops of 17 Brigade on Monday, in conjunction with the Nigeria Police, averted a planned attack by bandits on Magama Central Mosque in Jibia Local Government Area of Katsina State.

The Director, Army Public Relations, Brig.-Gen. Mohammed Yerima, in a statement on Tuesday, said that several Muslim faithful were in the mosque to observe the late-night Ramadan prayers on Monday.

Yerima said that a large number of bandits came firing sporadically in an attempt to disrupt the prayers and abduct innocent worshippers from the mosque.

He said they were forced to withdraw in disarray having met with overwhelming firepower from a combined team of army troops and police personnel who were tactically deployed in the town following earlier intelligence received on the planned attack.

Yerima stated that while the troops maintained vigilance to forestall a further attack on the mosque, the fleeing criminals decided to raid a local mosque at the outskirts of Jibia town where they kidnapped some people.

According to him, on getting the information, the combined team mounted a pursuit of the bandits, forcing them to abandon most of the hostages while fleeing with an unknown number.

“The rescued victims have since been reunited with their families while further efforts are ongoing to rescue the others in collaboration with neighbouring military establishments, including those of Niger Republic.

“Late night prayers are very common among the Muslim faithful, particularly in the last days of the Holy Ramadan season.

“The situation in Jibia is under control as reinforcements have since arrived in the area in order to facilitate the rescue efforts.

“The local inhabitants are advised to go ahead with their normal business and report any suspicious activity to the security agency nearest to them,” he said.