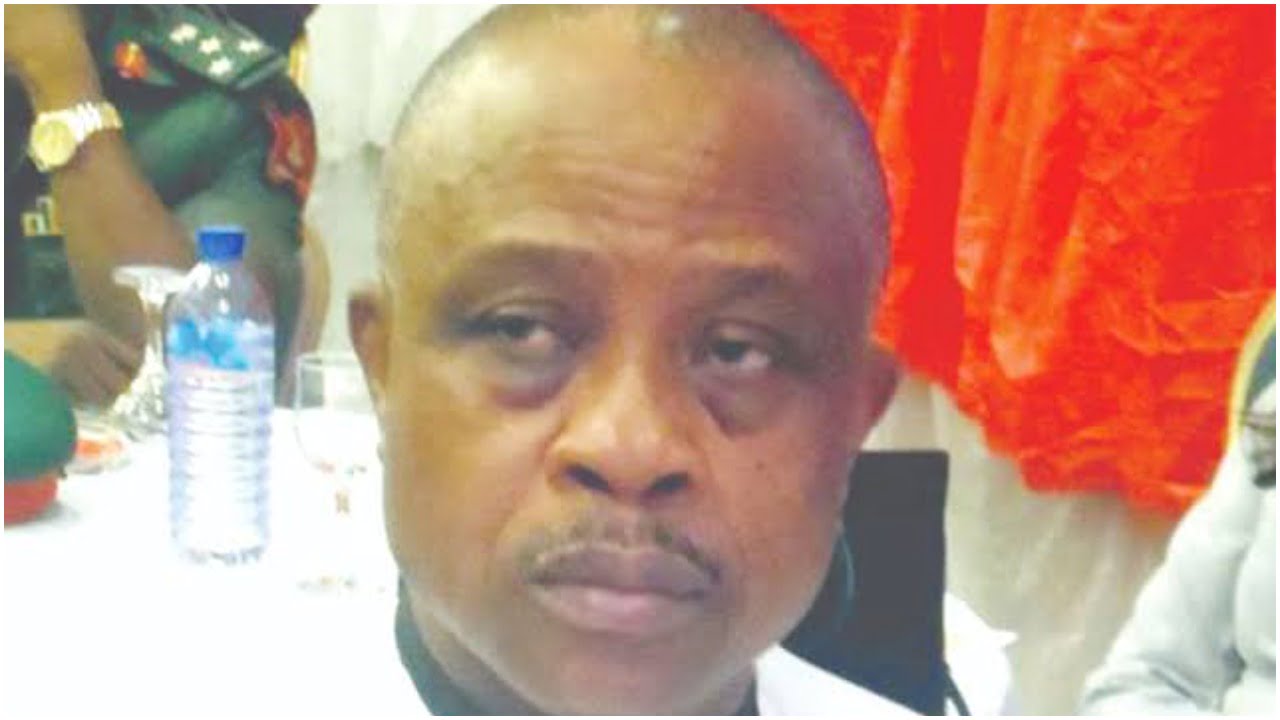 A stalwart of the All Progressives Congress (APC), Pro-Chancellor and Governing Board of University of Nigeria Nsukka (UNN), Ikechi Emenike, has reacted to claims that he failed to deliver President Muhammadu Buhari and the APC during the last 2019 general elections held in Abia State.

DAILY POST recalls that an APC chieftain from Abia, Kelvin Ugorji and other notable leaders of the party had slammed Emenike for failing to secure a win for the All Progressives Congress at his polling unit in the last presidential poll.

They reiterated that Emenike remains suspended and must steer clear of party activities until the leadership of the party in the state review his suspension and readmit him into the party fold in the state.

The Abia leadership of the All Progressives Congress (APC) had at its expanded caucus meeting last Thursday, re-affirmed the suspension of Emenike from the party.

According to the party, Emenike has already been suspended by his ward for anti-party activities while the local government and state executives respectively ratified the sanction.

But Emenike, who equally doubles as the Secretary of the APC National Convention Committee on Strategy, Contacts and Mobilization, in a statement by his aide, Obilor Ogbonna and issued to journalists in Umuahia, on Wednesday, berated the party chieftains over their assertion and stated clearly that he had never lost an election in his polling unit since his sojourn in the Abia and national politics.

He disclosed that he led President Muhammadu Buhari’s presidential campaign as Director of Field Operations in 2015 and 2019 respectively and delivered abundantly.

Emenike regretted that the disgruntled party members who are attacking him in the media were the same people before their sojourn to the APC were labeling the party as Boko Haram party, querying the moral justification they have to speak for the party when they had failed to work for the development and success of the progressive party in the state.

He further stated that none of his opponents have achieved a quarter of the feats he has gained in the party whose foundation stone he immensely laid and still maintains in Abia state.

The former governorship candidate described Ugorji and other antagonists in the Abia factional leadership of the APC as “food-is-ready politicians who are desperate to reap where did they did not sow, challenging them for popularity contest in the state.

The statement partly stated, “Only political newcomers in the fray of Kelvin Ugorji who have no sense of history nor any bearing on Abia politics will make such ignorant comments. Records are available to show that the revered High Chief has never lost in his polling unit at Umukabia Okpula, Ohuhu, Umuahia North and has never lost his Nkwoegwu ward since he joined politics in 2002. These are verifiable facts still available in public domain and Ugorji has failed to look before leaping into the fray thereby exposing his gross ignorance.

“This so-called Ugorji as usual with faceless persons is totally unknown to the politics of Abia otherwise he should have known Chief Ikechi Emenike’s exploits at Abia Central Senatorial Primaries against Chief Chris Adighije in 2003 which he convincingly won and was taken from him by the then Governor on account of their so-called zoning arrangement at the time.

“His governorship race in defunct ANPP in 2007 was adjudged the best as he ran the only issue based campaign in Abia till date.

“He led President Mohammadu Buhari’s Presidential campaign as Director Of Field Operations in 2015 and 2019 respectively and delivered abundantly. This was while Ugorji and his paymasters were calling APC a “Fulani/Boko Haram party” and they have now jumped in as all well known “food-is-ready” politicians to reap where they didn’t sow.

“For all those who care to know, one million of Kelvin Ugorji’s likes will be incapable of achieving a quarter of the feats achieved by High Chief Emenike in a party whose foundation stone he laid and still maintains nor will they or any other bunch of spineless and ill mannered rascals whose ship is in its last lap on a journey to perdition.”