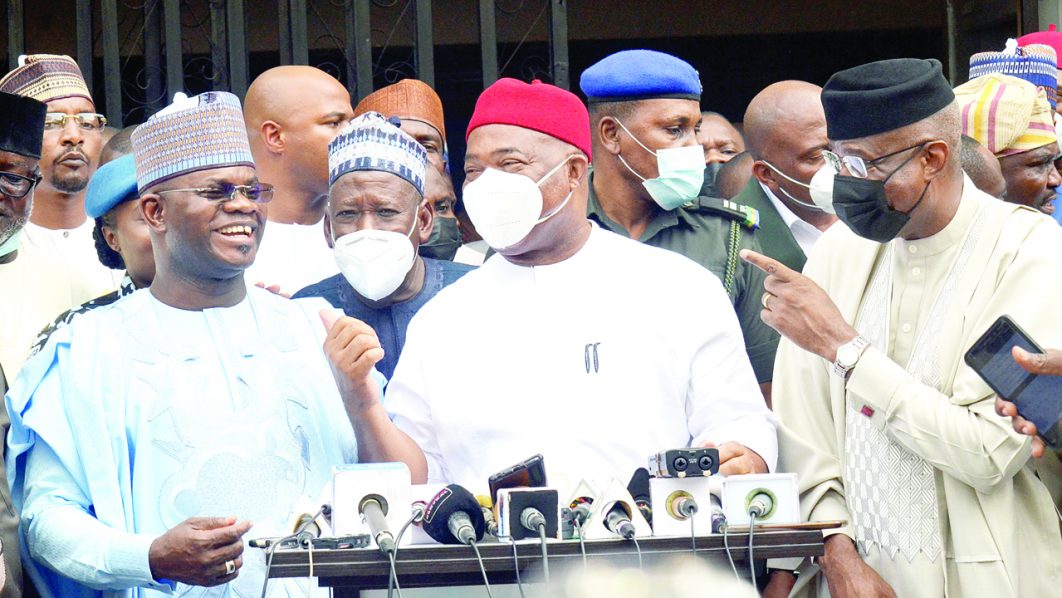 Group solicits inclusion of persons with disabilities in polls process

Ahead of the forthcoming governorship election in Anambra State, the All Progressives Congress (APC) has deployed its 23 governors to tackle candidates of the ruling All Progressive Grand Alliance (APGA) and opposition parties in the state.

The campaign council, inaugurated by caretaker chairman of the party, Mai Mala Buni, is to be headed by Imo State governor, Hope Uzodimma.

Buni charged the campaign council to ensure Senator Andy Uba emerges victorious in the poll. Urging the council to reconcile persons aggrieved over the outcome of the Anambra State governorship primary, he expressed optimism that Anambra would join the rank of APC states after the poll.

He said: “I am glad to say with a sense of satisfaction that the growing fortunes of the party in Anambra State and the southeast geopolitical zone, in general, has increased our hope for victory. This will no doubt increase our chance of winning the election with a landslide victory.

“May I call on the committee to concentrate on issues that will add value to the success of the party and avoid issues that may distract us from the path of victory. We should remain resolute, committed, and law-abiding throughout the assignment and beyond.”

He said: “We will speak with the people of Anambra; we will sign a contract with them and I am sure that God willing, we shall deliver. All I ask of us is to work hard so that this opportunity presented by the gubernatorial election in Anambra completely integrates the people of the South East zone into the national polity.

“We are going there committed; we are going there willingly. I have seen a new determination, even among our brothers and sisters in Anambra. God will help us to realise our noble dream. We will not disappoint you.”

He made this known at the PWDs Civic and Political Organising Lab, facilitated by the Inclusive Friends Association (IFA) in Awka, yesterday.

Also, IFA’s Executive Director, Grace Jerry, said: “Parties must be deliberate about the production of their campaign materials to ensure they are inaccessible formats to reach different clusters of PWD, including braille forms, audio, sign language/subtitled videos.

“Political parties must ensure that venues for meetings and campaign activities are accessible to all PWDs. This oversight function of the political parties can be facilitated through the National Assembly.”