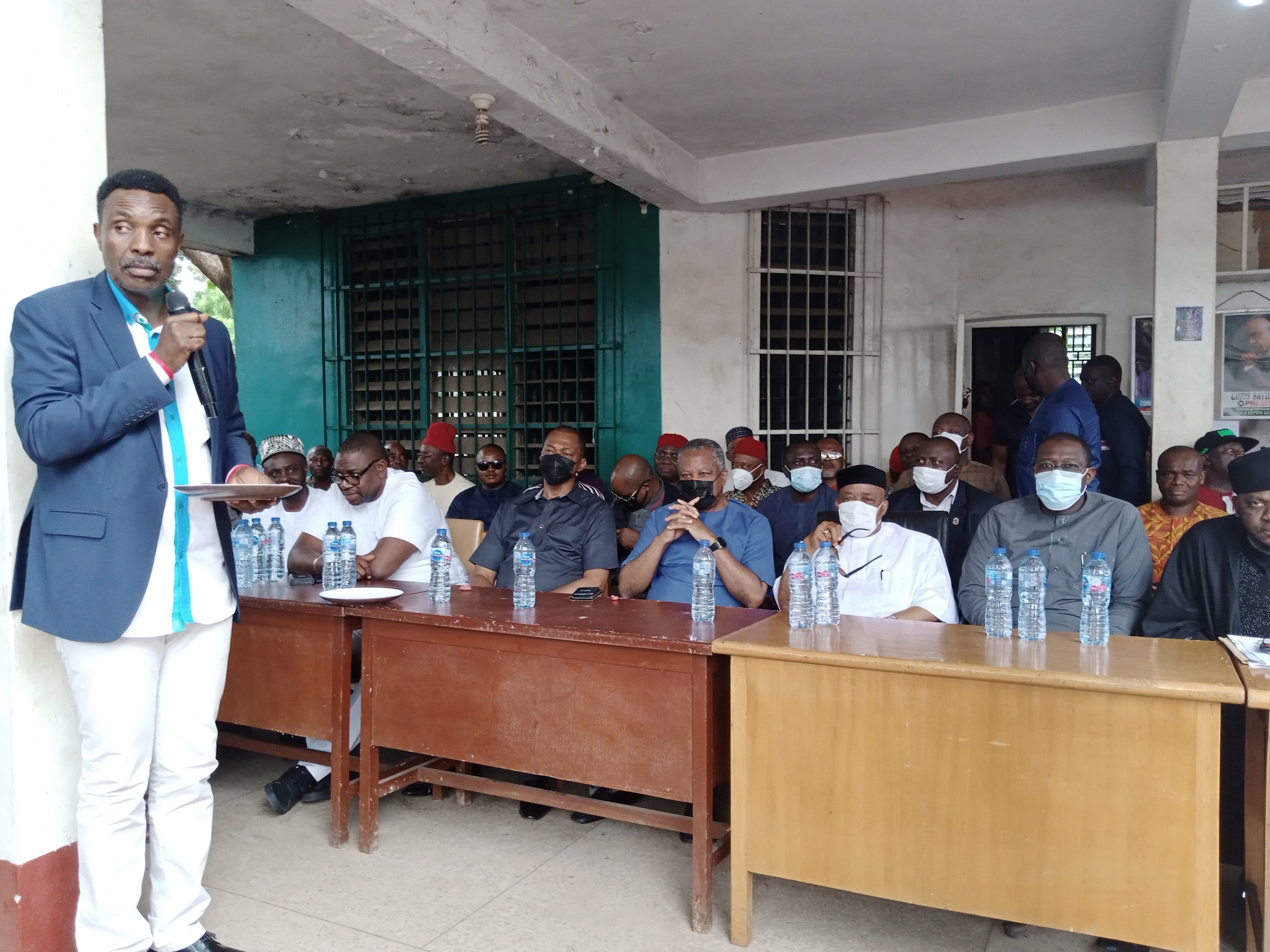 Chieftains of the All Progressives Congress, APC, in Enugu State, on Friday, sued for peace and calmness amid fears that the materials meant for the Saturday ward Congress of the party have been hijacked.

DAILY POST had reported that party members waited endlessly on Thursday at the State Secretariat for the Congress Committee but they never showed up.

Tension worsened Friday morning as news spread that the committee was arriving Enugu on board a chartered aircraft, as members questioned the source of fund for such logistics.

Some members of the party, termed Abuja politicians and an APC Governor in the Southeast, were said to have hijacked the process.

But speaking at a meeting between the Congress Committee and the party’s stakeholders, a former Senate President, Chief Ken Nnamani said he never hijacked any process.

Nnamani, the representative of the Southeast zone in the national caretaker committee of the APC, said he was only interested in his Amaechi ward 2 in Enugu South Local Government Area.

While lamenting the endless bickering in the party, Nnamani said the Congress “is supposed to be a family affair, but people are always running to the press, I don’t know what press can do for you.

“APC is a moving train, growing very fast, especially in the Southeast

“But the APC in Enugu, every time, we spend more money and energy attacking ourselves more than we attack our opponents.

“I want to stress about the importance of tomorrow assignment, the ward, polling unit is the bedrock of the party.

“If you want this party to grow, everyone should go to their ward, I have no interest in planting someone except in ward 2 Amaechi, go and win your own ward, nothing like Ken Nnamani writing any list, what am I going to do with that?” He quipped.

He cautioned that if the party didn’t get it right, “there is no way we can win elections, this is time to lay the foundation to enable us win. It will be necessary we get strong leadership in the ward, the local government, the State and the national level.”

Nnamani lauded the chairman of the party in the State, Dr. Ben Nwoye for the growth the party had recorded and for the influx of members under his leadership.

Also speaking, the Minister of Foreign Affairs, Mr. Geoffrey Onyeama said there was the need for unity of purpose among members.

“We assure you that we will do everything possible to make the assignment of the committee worthwhile and successful.

“I urge us, whatever water that has passed under the bridge, we are one Enugu people, we have to eschew pride and selfishness. We should stand for peaceful process, we will all be the winners, our children and grandchildren.”

“This party must move forward. I urge all our members, this should not be a do or die affair.”

Earlier, the chairman of the committee, Mr. Ijeomah Arodiogbu said the process would not be hijacked by anyone.

“If Congress is credible, we will take Government in the State. I am here in person, we have heard rumours that we have been hijacked but it is part of politics, it could be part of strategy.

“We are here to conduct credible exercise, all the materials are here, nothing was hijacked.

“We had initial challenges, had to wait for materials, we stayed back and got all the materials. I want to assure you that the men involved, the members of this Committee are not those that can be compromised or influenced,” he assured.

Meanwhile, another Chieftain of the party and Director-General of the Voice of Nigeria, Mr. Osita Okecukwu has urged the committee to stop what he called “black market forms.”

A terse message he made available to DAILY POST read, “Chairman and Hon Members of the panel, welcome to Enugu, especially the chairman who is our in-law.

“Understand your wife is from my own Ezeagu LGA, Olo town. Welcome my in-law. In brief, we took off with little over 60,000 in 2013, by the efforts of foundation members here we can profoundly announce that we have over 180,000 members after the Registration and Revalidation exercise.

“Therefore, we can win governorship election in 2023, only if we stop those who procured Black Market Candidate’s Form. Our information is that there are those who deliberately refused to purchase forms from the official panel sent from APC Headquarters.

“Their plan is Hotel Room Hand-Pick-Consensus. It is a fake consensus. If we don’t stop Black Market Forms, then we have divided the house. And the old saying is that ”Divided we Fall, United we Stand.”