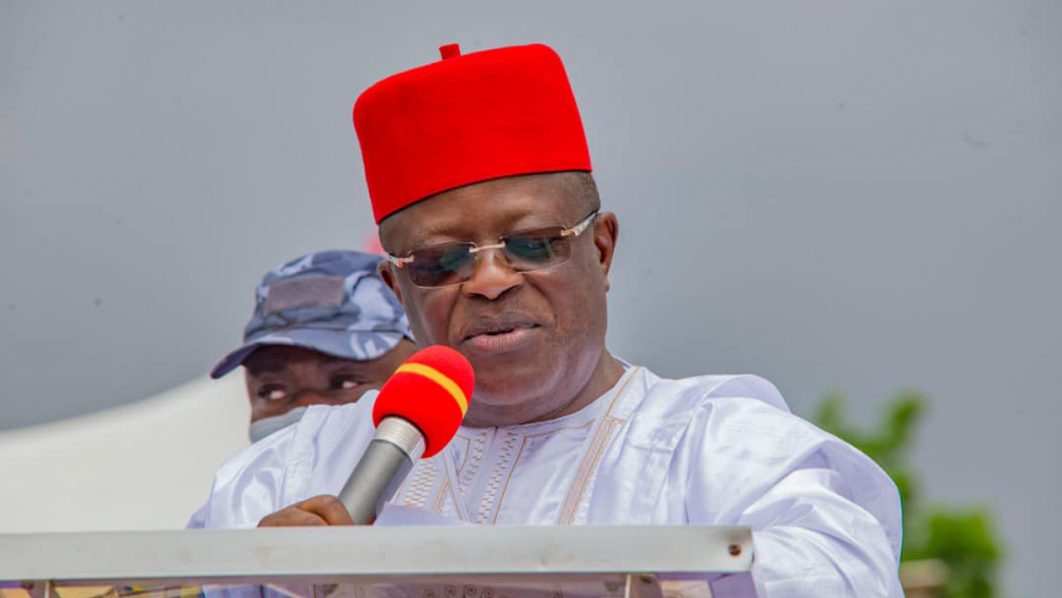 The All Progressives Congress (APC) in Ebonyi adopted Option A4 voting system in the conduct of the party Ward Congress in the 171 electoral wards in the state.

The News Agency of Nigeria (NAN) reports that the Option A4 or open ballot voting system is a method whereby people queue behind pictures of their preferred
candidate in an election.

The system was introduced by Prof Humphrey Nwosu, the then head of the electoral body in 1993 under the regime of the former military president, General Ibrahim Babangida.

NAN reports that State party officials in conjunction with congress committee from the party’s national headquarters distributed materials for the 171 wards at the state party secretariat in Abakaliki.

The election materials were distributed to the local government areas through the senatorial zonal headquarters for onward distribution to the various wards.

Some APC chieftains who spoke to newsmen in separate interviews said that the exercise was peaceful and successful.
They added that the peaceful conduct of the congress was eloquent testimony of the excellent leadership of Gov. Dave Umahi of Ebonyi.

Dr Kenneth Ugbala, Secretary to State Government (SSG) told newsmen at Onueke that the party had made seamless arrangements for peaceful exercise in the state.

He said that everybody involved in the exercise was ready and commended the party faithful for their level of compliance with the party’s directive and guidelines for the congress.

“I think it is very transparent, democratic and in line with the directives of the party and we look forward to supervising the local government congress and the processes that would follow,” Ugbala said.

Dr Eni-Iduma Chima, chairman of Afikpo South LGA who spoke to newsmen at Ndeoke ward in Ugwuma, Edda after monitoring the exercise, said that those who emerged were the choice of the people.

He described the exercise as transparent, credible and met the requirements of the guidelines stipulated for the conduct of the congress.

“The stakeholders met, harmonised the lists and agreed on consensus which were validated in field as attested by the large number of party faithful that participated in the exercise.

“There was no parallel congress in any part of the LGA and the exercise was violence free,” Chima said.

In a similar vein, Mrs Chinyere Iyioku, chairman of Ohaozara LGA told newsmen at Obiozara, the council headquarters, that the congress was peaceful and witnessed large turnout of party faithful in all 10 wards.

According to her, stakeholders adopted consensus mechanism to determine the new party officials in the various wards which were validated in the field by their votes.

Iyioku however, said that elections were conducted at Obiozara ward 1 to choose ward leaders due to failure of stakeholders to agree on consensus candidates.

“We have the election materials and anywhere there is no consensus, we will do normal election.

“We are not anticipating any crisis because the whole process is very transparent and open for people to see,” she said.

He noted that the elected officials in all the wards emerged through consensus arrangements which were however, validated by the people themselves in the field.

“Distribution of materials to the various LGAs for onward transmission to their various wards began early and ended around 1.pm.

“The congress is a family affair and we don’t anticipate any problem but where there is, we have inbuilt mechanism to resolve such.

“The consensus that the party talked about is a consensus where those who will emerge will have to test their popularity in the field,” Eze said.

Meanwhile, collation of results are underway in the exercise which witnessed large turnout of party faithful held on Saturday at the various ward collation centres of the state using.