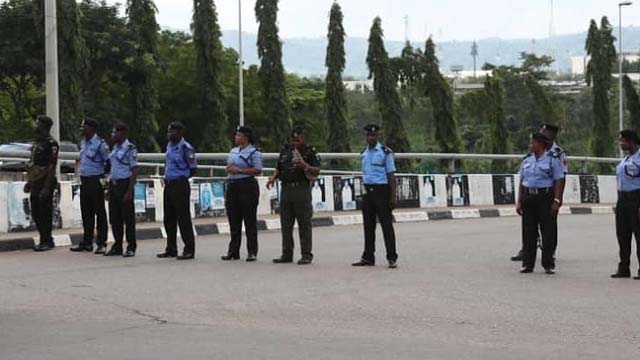 The Chairman, All Progressives Congress (APC), Zone C, Mariga Local Council, Niger State, Alhaji Aminu Musa Bobi, who was kidnapped on August 7, 2021, has been rescued unhurt by the joint team of Police, Army, and Vigilante.

In a statement, Police Public Relations Officer, Niger State Police Command, Wasiu Abiodun, explained that armed bandits attacked the APC Chairman and his driver, Nasiru Bobi, on their way to the farm along Ukuru Road in Bobi District, Mariga, disclosing that the driver was shot on the leg and abandoned by the assailants, while the chairman was abducted.

The statement further said the state Police Command mobilised a joint team of Police, Army, and Vigilante to the area for manhunt of the gunmen, with the driver later rescued and taken to a general hospital in Kontagora, where he received treatment.

According to the statement, his abductors released the abducted APC chairman on August 13, 2021, at about 3.30pm, around Igwama Forest, in Bobi District of Mariga Local Council. He said efforts are on to track down the culprits.

The release of APC Chairman was announced less than 24 hours, the Commissioner for Information, Mohammed Sani Idris regained freedom from his abductors on August 12 at about 9:30pm at a location in Suleja town. It was gathered that no ransom was paid for his release to the two-state officials who secured his release.

Idris was kidnapped last Sunday night in his Baban Tunga Village, Tafa Local Council, but regained freedom after spending four days in the hands of his abductors.

The Commissioner of Police, Mr. Monday Bala Kuryas, appreciated residents for their support towards the recent achievements recorded by his command, reiterating the readiness to ensure students of Salihu Tanko Islamiyya School, Tegina abducted over two months ago are equally released and rescued unhurt.