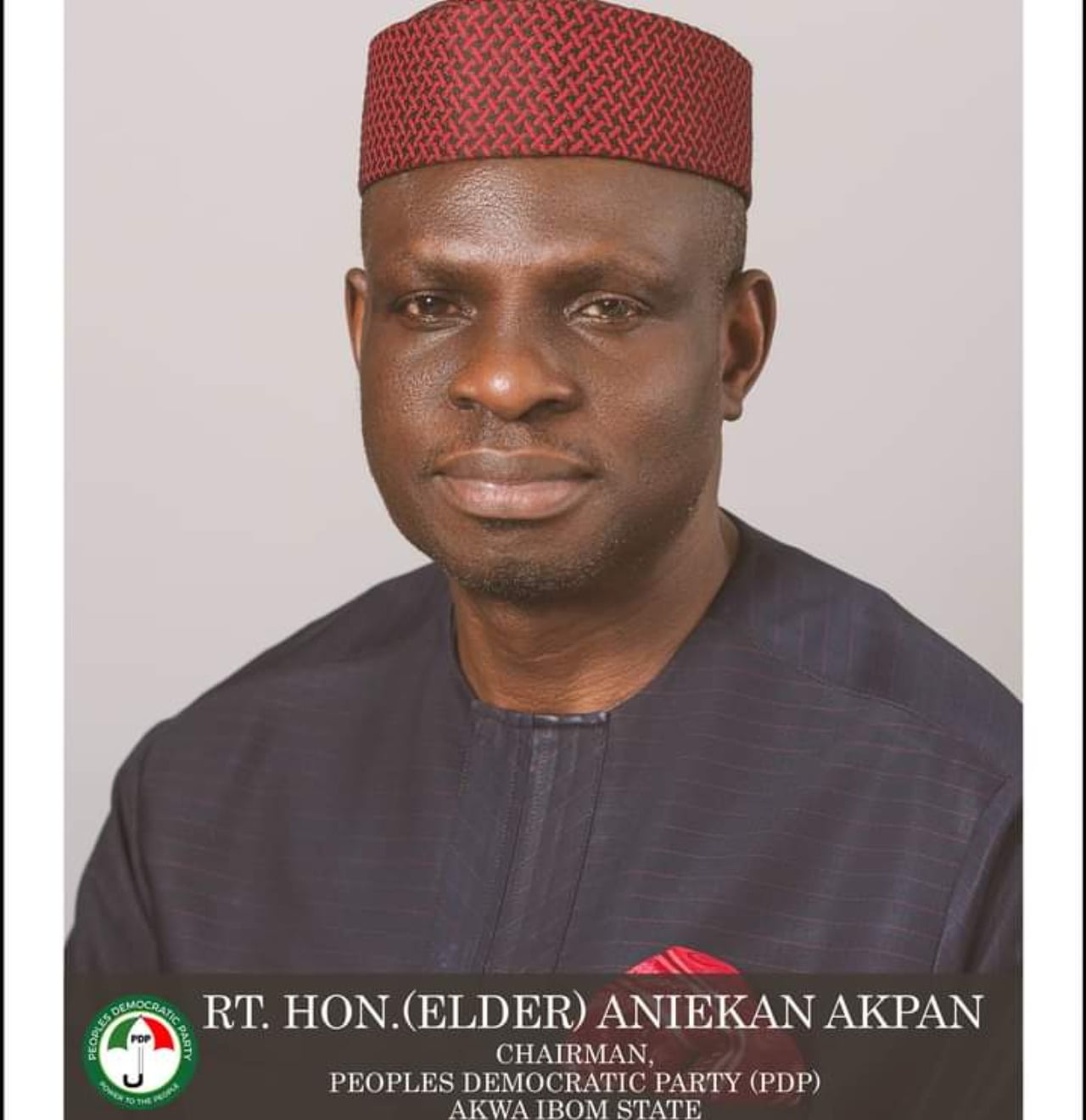 Aniekan Akpan, a former member representing the people of Abak State constituency in the House of Assembly and former Commissioner of Education, on Wednesday, June 30, 2021 emerged as the substantive chairman of the Peoples Democratic Party, PDP in Akwa Ibom State.

In a special Congress of the party held at the Next of Champions, Uyo, the State capital, the newly elected chairman who was the sole candidate polled 3,818 votes to emerge winner of the poll.

A total of 3, 874 delegates from the 31 local government areas of the state participated in the election.

Akpan has replaced the late chairman of the party, Udo Ekpenyong who died in January 2021 due to COVID-19 complications.

He is the 7th state chairman of the party since the return to democracy in 1999.

The congress was supervised by officials of the Independent National Electoral Commission (INEC).

Delivering his acceptance speech, the newly elected chairman expressed his gratitude for the confidence reposed in him and for entrusting the party on his shoulders.

Part of his speech reads thus, “the task ahead of us is enormous. Let me state here that even with the enormity of this task. I am happy to be part of this vision and to be honoured as the new chairman of our great party in the state. I know this gives us the responsibility of living to the plans of the progenitors of this vision.

“I present myself and the machinery of PDP in Akwa Ibom State for service, let me once again assure all our people that as a party we shall stand behind our Governor, Mr. Udom Emmanuel to ensure that our state continues with its winning streak for the PDP and that a successor in the mould of our Superior Performing Governor, Mr. Udom Emmanuel will succeed him in 2023.”

He also paid a glowing tribute to the former Chairman, Late Ekpenyong, saying that he took the party to an enviable position within his short tenure in office.

The Governor in his response thanked the national and local organizing committee of the PDP and delegates for the smooth conduct of the special congress.