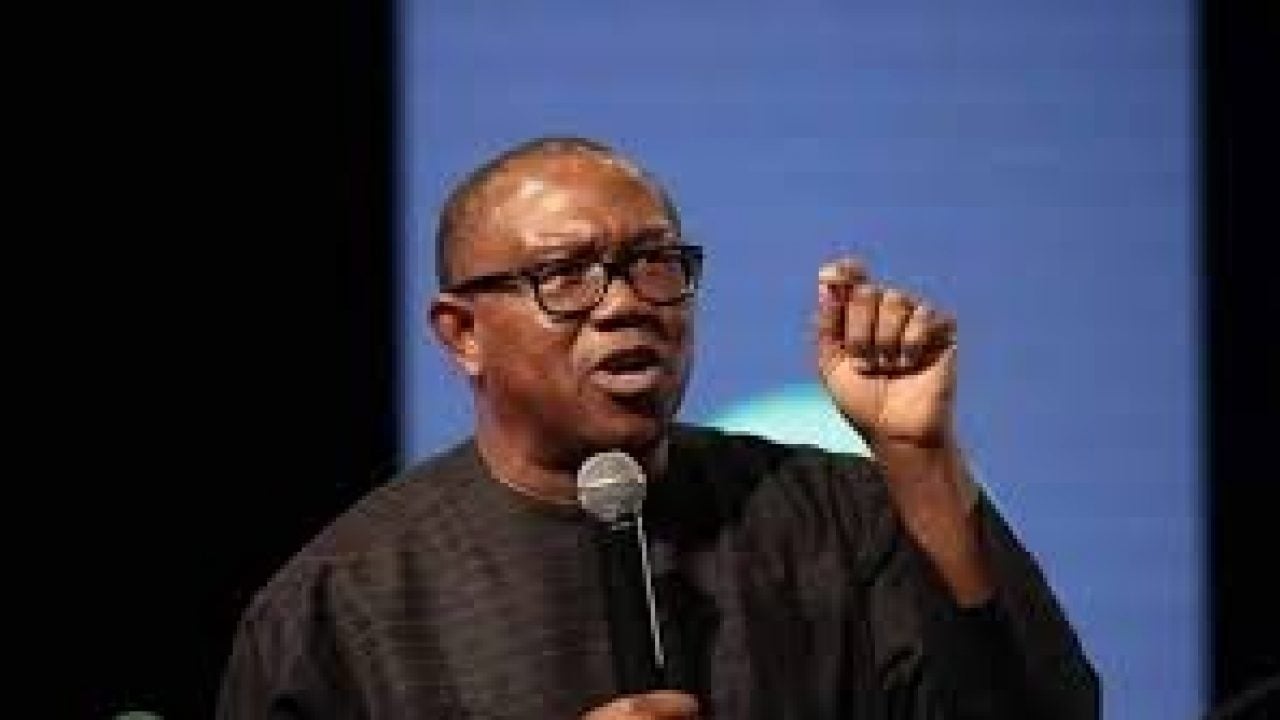 Former governor of Anambra State, Mr Peter Obi and one of the two factional governorship candidates of the Peoples Democratic Party, PDP, Mr Valentine Ozigbo, have begged stakeholders and members of the party to unite for easy victory during the November 6 election in the state.

Obi and Ozigbo spoke yesterday in Awka, during a reconciliation meeting of the party, which was summoned by Ozigbo to reunite members of the party, after the rancour caused by the holding of two primary elections by the party on June 26, which produced Ozigbo and Senator Ugochukwu Uba.

Obi while speaking at the meeting called on everyone to come together and work for the victory of the party in the forthcoming governorship election, saying that the primary was over and should be done with.

“I’m ready to beg all the aspirants for us to win the election. This candidate must win this election and we will not run away in our State because of anyone. I will win my local government and that is my assurance, nothing will stop us from winning the governorship election. Anambra must not go back to what it used to be.

Ozigbo in his address reeled out the efforts he had made in reconciling every member and aspirants but regretted that the litigations in the party had held it down, adding that the party’s legal team was not relenting in evacuating the obstacles.

“I didn’t win the primary, but PDP and Anambra won. We’re one family but we are going to unite soon. Our enemies are not within, but outside PDP. PDP is a platform that will bring Igbo together, nobody should weave in what is happening now. We’re going to occupy the government house by the grace of God.

“What I want to tell you now is that every other party in this State is counterfeit from APGA to APC to YPP and that is why I’m begging all our stakeholders to have faith in me and I won’t disappoint them.

“They should forgive and forget and I’m ready to make every sacrifice for all of us to come together. We want to make the founder of PDP, late Dr Alex Ekwueme proud whereever he is and that’s the assurance I gave the daughter, lady Chidi Onyemelukwe when we spoke before the meeting.

“My vision is how to win the election. One of the issues is litigation. In the record of INEC, the only name there is Ozigbo and we’re confident that soon the cases will come to pass. The two cases pending now are distracting us and we are not resting

“We are going to start our local government campaigns on August 9 and it’s going to be an operation to deliver your area. PDP will win the Wards 326 /326 and not only 21 over 21. I want to beg everyone to be dedicated. It’s our project and we must come out victorious. We are going to release the campaign structure next week.

“The entire PDP governors in the country are behind us, even the members of the candidates of APC and APGA are rooting for us in this race. This is the time to end hunger, it’s time for us to shine and I’m promising today that everything in me will be brought to bear for PDP to win this election,” Ozigbo said.