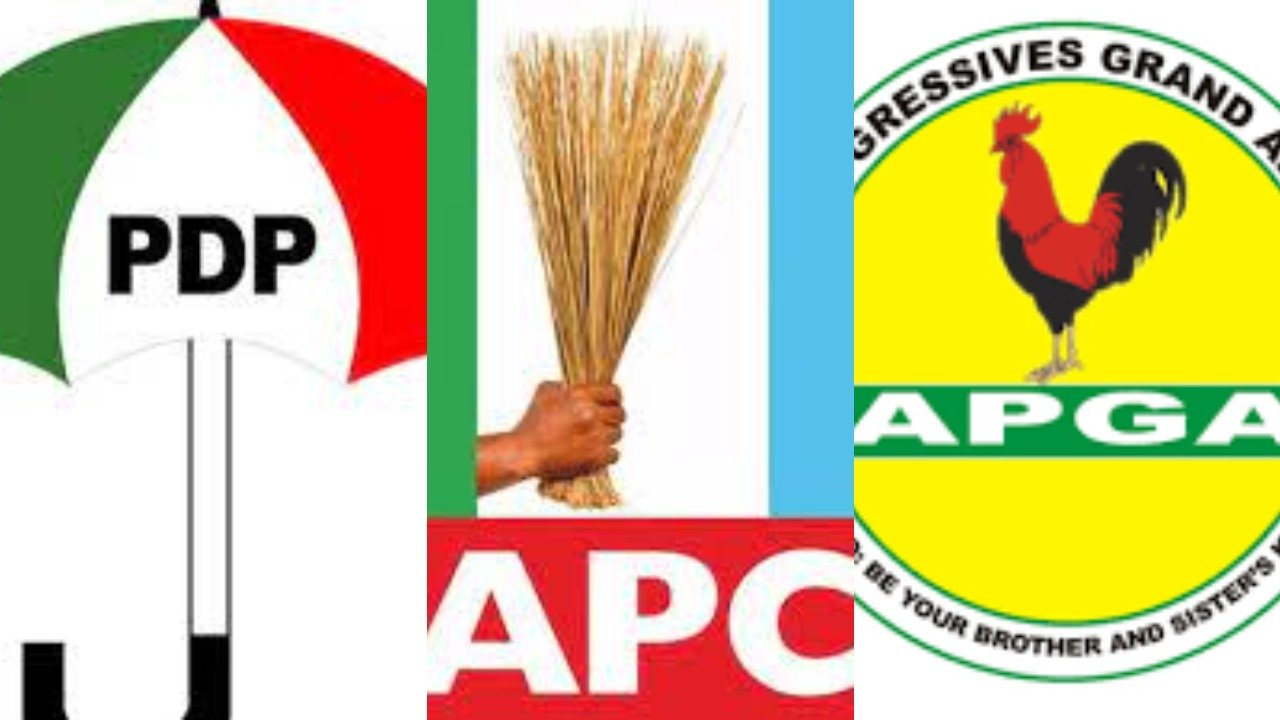 The major political parties in the Anambra governorship election are battling with internal wrangling. This crisis is throwing up the possibility of a dark horse in the race. DAILY POST looks at the ongoing events in the race.

Elections in Anambra State have been a three-horse race, as both PDP and APC have tried and failed to take over the seat from APGA. Anambra is the only state outside the control of either APC or PDP in the South East.

However, if the events of the last few weeks should be the yardstick, Anambra could remain out of reach of both APC and PDP yet again, as other smaller parties in the election may fancy their chances.

Although, Ozigbo appears to be the choice of the mainstream PDP, nonetheless, there are factions, which could affect the party at the November election.

Despite having only one candidate so far, the APC is also having its own baggage. Former Senator, Andy Uba emerged as the candidate of the party in the election conducted by Governor Dapo Abiodun of Ogun State.

Minister of Labour and Productivity, Chris Ngige, had disputed the election, saying that the election did not take place.

APGA is equally not different as far as the ongoing faction is concerned as the party is embroiled in crisis.

Although, Charles Soludo, a former CBN boss emerged as the candidate of the INEC recognized Oye-led faction, but as reported by DAILY POST, there is a court pronouncement on the crisis rocking his party.

The dark horse in the election may be Ifeanyi Ubah, the senator representing Anambra South. While he is the candidate of the Young Progressives Party, a relatively small party, he has proven his capacity to be a dark horse.

At the last general election, he defeated incumbent, Andy Uba, alongside Chris Uba and others.

While the governorship election is a different ball game entirely, as it stands, all the candidates of the major parties are from Anambra South.

Prof Soludo has the APGA structure, Val Ozigbo/Sen Ugochukwu will have the PDP and Peter Obi structure, while the APC can count on federal support and other advantages.

However, these other parties are battling with internal wrangling, some with cases in courts.

Speaking on the current situation and possibility of a dark horse, Achilles-Chud Uchegbu, said “Everything is possible” in the coming elections. Adding that it will depend on how the masses view the dark horses in the race.

He, however, said the, “crisis rocking political parties are not insurmountable. This is Anambra politics.”

Rotation among the three senatorial districts has been a major part of the politics of Anambra State since 1999.

The chances of any of the candidates will depend on how they are able to garner votes outside their senatorial districts, as all the major contenders are from the same zone, Anambra South.

APGA will be counting on the incumbent governor to deliver Anambra South, while Chris Ngige and Peter Obi will have to battle it out in the central.

Interestingly, almost all the players are familiar faces. Obiano and Obi, once political allies turned enemies, will continue their supremacy battle. Obi paved the way for Obiano as successor, however, their relationship turned sour quickly. The last battle ended in favour of the incumbent, who defeated Obaze.

The Three Uba brothers: Chris Uba, Andy Uba and Ugochukwu Uba are all involved in this election.

Andy and Ugochukwu, both former senators are candidates of the APC and PDP (factional candidate) respectively.

The other Uba, Chris, is the backer of the PDP faction that produced Sen Ugocbukwu as their candidate.

It would be recalled that Chris Uba was the godfather that gave Chris Ngige those stringent conditions in 2003 and the subsequent ill-famous “kidnapping of the incumbent governor.”

Andy Uba was governor of the state for 17 days before the supreme court removed him for Peter Obi.

The battle is getting set, and also with the fact that it is now a four-man horse race.