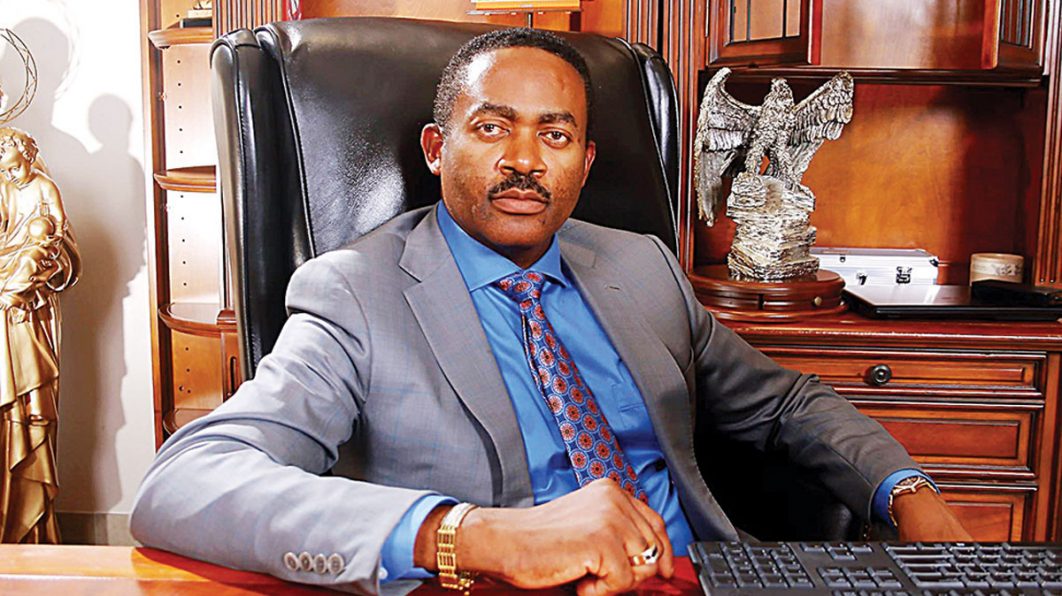 Anambra State Accord Party governorship candidate, Dr Godwin Maduka, has blamed insecurity in the South East and Nigeria on lack of social welfare for citizens and unemployment among the youths.

He, therefore, said the time has come for Anambra State to invest more in human capital, which he described as the state’s greatest asset.

The United States-based medical doctor spoke in his campaign office, Akwa where its party chairman, Mr. Bathlomew Igwedibia presented him to the public as Accord Party’s governorship candidate.  Sir Kenneth Obi was also unveiled as Maduka’s running mate.

Igwedibia said the party was pleased to present honest and competent personalities with intimidating credentials to Anambra people to fly the party’s flag in the November 6 governorship election.

Maduka disclosed that he has developed a practical blueprint to change the state’s parlous economic status that still depends on federal allocation to survive, to a robust one, which would become a model for all states in Nigeria and Africa at large.

He wondered why previous governments had not developed commerce and technology despite the state’s huge human and material resources. He regretted that Anambra people have not enjoyed the dividends of democracy because of the quality of politicians that have ruled the state.

He said: “We have to look at the antecedent of the people that have governed our state or aspire to govern us. What has been their personal contribution to empower our people and develop the state? Without sounding immodest, I built schools, a police station with barracks for security personnel, I built High Court complex, hospitals, and a 17-story building for medical research, aside from my philanthropic gesture to lift many out of poverty.

“I am contesting the governorship election because I am not happy with the level of poverty in the state, and I believe that so much is being wasted on governance, especially security votes, which should be expended on social welfare.”

The founder, Vegas Pain Institute and Medical Centre in the US, said until governments at the federal and state levels understood the strong link between insecurity and unemployment, their search for peace in the country will not be realised.

He said: “The rate of unemployment in Nigeria and Anambra State is alarming. Youths that are not gainfully employed will channel their energy into negative and unproductive ventures. There is a need to provide a conducive environment for businesses to thrive and provide jobs for the youths.

“I have links with many companies abroad that can be encouraged to set up factories in Anambra State. This is aside exploring my good relationship with many indigenes of the state that are doing well abroad, who want somebody they can trust to come home and invest.”

On why he left the Peoples Democratic Party (PDP), to pick Accord Party’s governorship ticket, the Umuchukwu born politician said: “We all saw how PDP did their selection and changed the rule of the game during the primaries because of me. They knew I was coasting to victory with the delegates. My decision to leave a party full of crisis to Accord Party, where there is sanity, is not personal, but that of thousands of people, cut across many parties that believed in me and wanted me to be the governor. Accord is now a party to beat in the state since our movement to the party.”

He assured women of great participation in his government, if he wins the election, stating that women have displayed a high level of loyalty and competence in any assignment given to them. He said: “You may wish to know that I employed more women in my six hospitals in the US than men. But that does not mean men would be marginalised, as competence will play important roles in becoming a member of our cabinet.”

‘Why disconnection between youths, country has dire consequences’