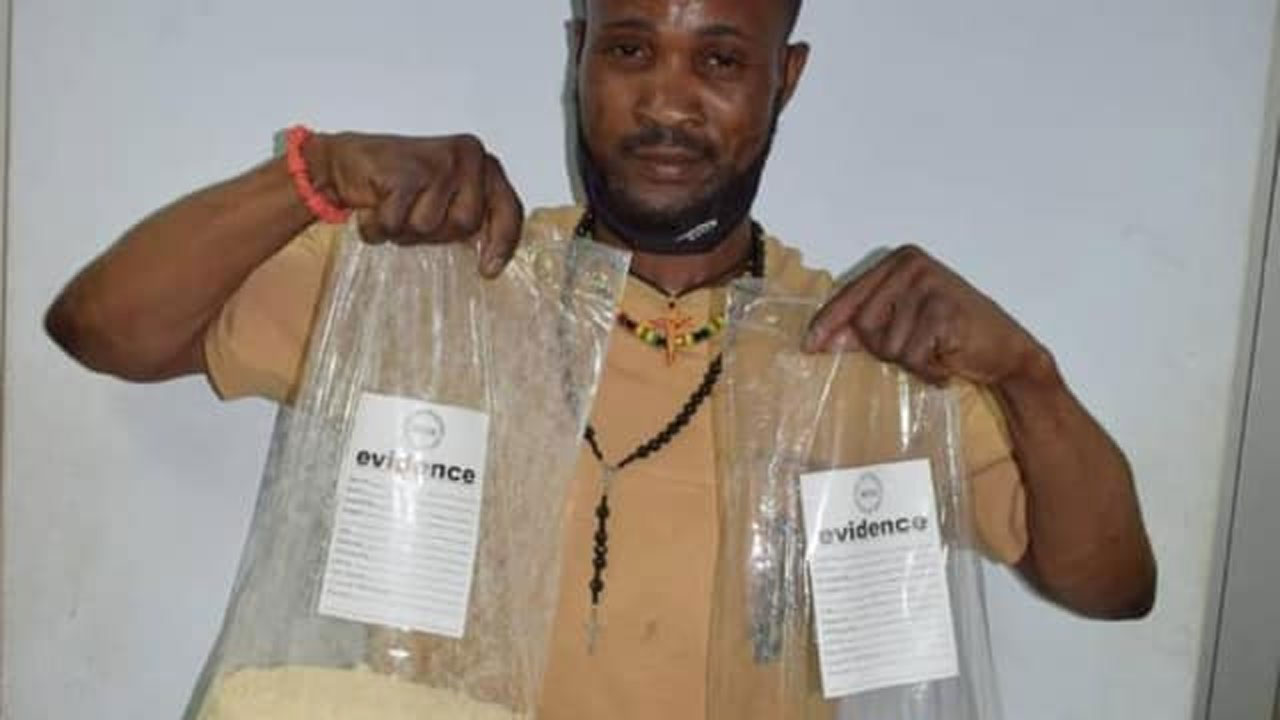 A suspected drug trafficker, Goodluck Igbineweka Odeh, has been intercepted at the Nnamdi Azikiwe International Airport, Abuja, (NAIA), with two kilogrammes of heroin worth N564 million concealed in the lining of false bottom of his suitcase.

The 40-year-old suspect from Ikpoba Okha Local Government area of Edo State was arrested at the departure lounge of the Abuja airport during an outward clearance of Ethopian aircraft 911enroute Abuja-Addis Ababa-Italy.

Under interrogation, Odeh claimed he had been living in Italy since 2015 when he got into the country through Libya. He said he works as a labourer in a farm in Italy with a pay of about 50 Euro a day, adding that he also works as a “flyer distributor” when farming season is over and gets as much as 50 Euro per day.

Odeh claimed he came to Nigeria over two weeks ago to see his family and also use same opportunity to buy foodstuffs to sell on his return to Italy.

He added that after spending some days between Edo and Delta states, where he bought some foodstuffs, he equally travelled to Lagos to buy part of the foodstuffs and bush meat, which according to him, is cheaper.

Curiously, he claimed he did not know how the drug found its way into the bag as he bought the suitcase from a second hand material open market in Lagos, not knowing that it contained the drug. When further asked of the market address, he added, “I don’t know the address.”

He said he was accompanied to the market where he bought the suitcase by a man he claimed he first met the day he arrived Lagos from Benin, adding that he came into Abuja from Lagos for onward trip to Italy.

According to the commander, Abuja airport command of NDLEA, Kabir Sani Tsakuwa, charges had already been filed against the suspect while further investigations continue to explore other leads on the case.

Chairman/CEO of the anti-drug law enforcement agency, General Mohamed Buba Marwa (rtd), in his reaction to the latest drug burst, commended the commander, officers and men of the Abuja airport for their vigilance.

He said: “Wherever the criminal elements go to export or import illicit drugs through our borders, they will surely have the new NDLEA to contend with.”