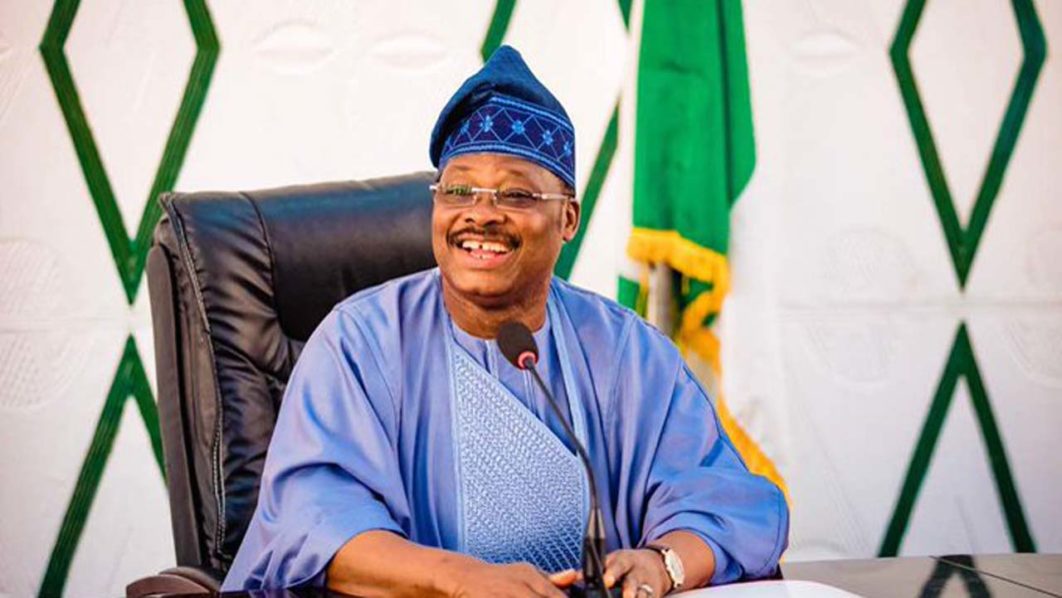 A former Governor of Oyo State, Chief Adebayo Alao-Akala, and others on Friday eulogised the late Abiola Ajimobi, the state immediate past Governor, who died a year ago.

The News Agency of Nigeria (NAN) reports that Ajimobi died on June 25, 2020 due to complications from COVID-19.

Alao-Akala, was among other notable personalities that joined the late governor’s family for a Special Fidau Prayer to commemorate the one year anniversary of his death.

He described Ajimobi as a close confidant who left an enduring legacy.

“He was a nice man and a very frank man, an extrovert. I missed a friend and a confidant,” Alao-Akala said.

Also, a former Minister of Communication, Adebayo Shittu, said that Ajimobi left behind a legacy of economic growth and sustained infrastructure.

“As a governor, he started very well and ended well.

“One of his distinguishing qualities as a leader is in the area of infrastructure development.

“Asides road development, he also built a number of schools and facilitated positive changes in the education and learning of the state.

“For us, as members of the All Progressives Congress, he was a bridge builder, he used his eight years in office to endear people to our party,” he said.

“He was an epitome of everything, like I used to call him. He had the good, the bad and the ugly, but I would say he left a very good and lasting legacy.

“As an indigene of Oyo State, I will not be quick to make comparison and criticism of what is happening in the state presently.

“I will say in fairness, let us wait till after eight years and make our judgments.
“But, I am urging everyone to join me and continue to pray for the success of Oyo State; this is my state, and I have nowhere else to go to,” Buhari said.

Other notable people at the Special Fidau Prayer held at the Oluyole residence of the late governor were the Deputy Governors of Oyo and Ondo States, Rauf Olaniyan and Lucky Aiyedatiwa, respectively.