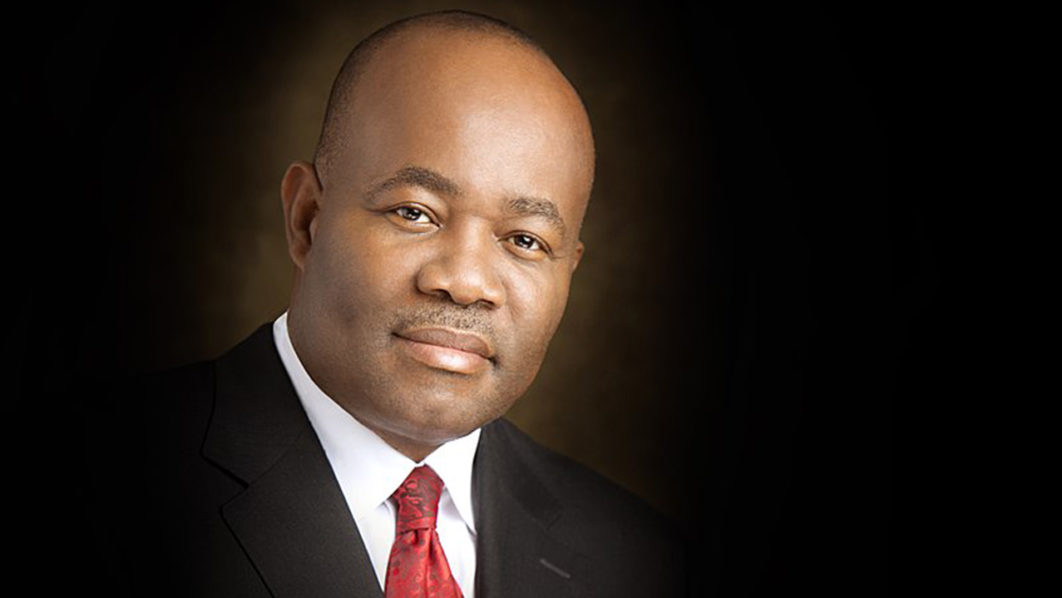 The Minister of Niger Delta Affairs, Senator Godswill Akpabio, has appealed to protesting Niger Delta youths to vacate Section III of the East-West road to enable contractors to commence work.

“The essence of this protest is to draw the attention of the government to the road. Now we are here, allow contractors to bring in equipment to commence work,” Akpabio appealed.

He made this appeal yesterday in Abuja after a meeting with contractors handling different sections of the road acknowledged that the youths were right to stage a protest over the delay.

The Minister, who disclosed that the Federal Government has released an additional N2.5 billion for payment of compensation to property owners along the road corridor, regretted that the initial N4.5 billion budgeted for compensation could not meet up with demands.

According to him, the Niger Delta Development Commission (NDDC) has also budgeted another N35 billion to support the project, adding that the ministry has channeled funds meant for over 304 projects into the East-West road project.

He further disclosed that the ministry has proposed an extra-budgetary intervention for inclusion of the East-West Road Sections I-IV in the 2020 SUKUK Issuance Programme of the Ministry of Finance, Budget and National Planning and the Debt Management Office.

This, according to him, was part of the efforts made by the ministry to access adequate funding for the completion of the East-West road project.

Akpabio explained that the initial contracts for dualisation of the 338km road linking Warri to Oron through Kaima, Ahoada, Port Harcourt, Ogoni, and Eket Townships (Section I-IV) were initially awarded in four sections to four different contractors in 2006.

Akpabio maintained that the Section IIIA (Port Harcourt Onne Road Junction, covering Ch. 0 + 000 – Ch. 15 + 000 was not part of the contract initially awarded in 2006 because it was in good condition having been dualised earlier, noting that “over time, the Port Harcourt-Onne Port Junction portion had progressively deteriorated as a result of heavy axle loading, flooding and is no longer serviceable for the current traffic volumes. Therefore, the ministry had to award the contract for additional works to Messrs RCC Nigeria Limited to upgrade the Port Harcourt-Onne Port Junction.”

He further stated that due to poor annual budgetary provisions, the contract for the upgrading of Section IIIA awarded in 2014 could not commence until the ministry paid the contractors the full mobilisation advance in 2020.

“The condition of the road deteriorated during the period of delay and there has been serious encroachment on the right-of-way initially delineated for the road.

“With the review of the initial contract scope of works and contract unit rates imperative, specific measures for addressing the contingent site conditions militating against the progress of work were scheduled by the ministry. These include the initial design for interchange bridges at Onne Junction, which is to be substituted with a flyover bridge, but due to space constraints caused by the newly constructed Power Sub-Station which cannot be relocated due to higher cost implications.

A new flyover bridge has also been designed to replace the interchange bridge initially designed for Refinery Junction amongst others,” he said.

Healthy living in Lagos: For the professional always on the move

Healthy living in Lagos: For the professional always on the move