Akeredolu vows to bring back Obaseki to APC 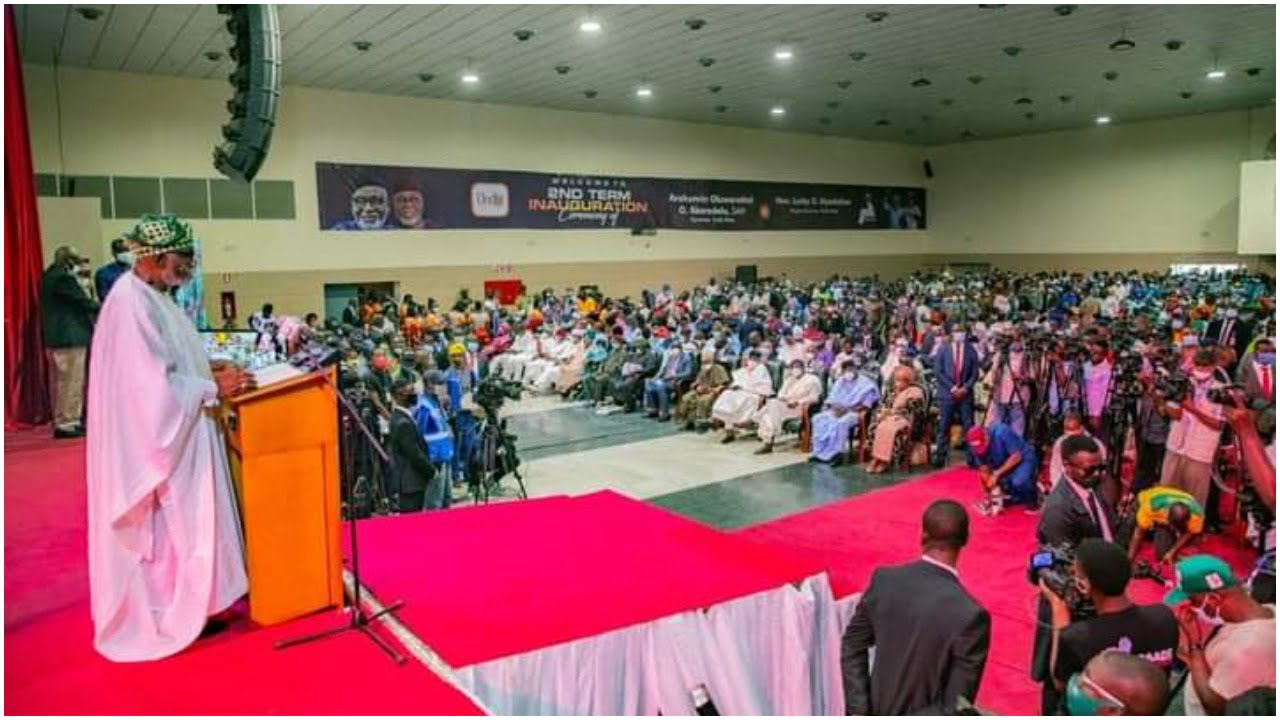 The political atmosphere in Osun State, especially in the All Progressive Congress is filled with the war of words injected by the recent statement of the Minister of Interior, Rauf Aregbesola.

Aregbesola had alleged that killers have joined the APC in Osun, a statement which has triggered divergent reactions within the party and the oppositions, DAILY POST reports.

In a viral video last Friday, Aregbesola could be heard warning his supporters not to allow anyone dance on the grave of the late Attorney General of the Federation and Governor of old Oyo State, Chief Bola Ige.

The statement did not go down well with the supporters of Senator Iyiola Omisore and some members of the APC.

A social-political group funded by the ex-governor of the state, Aregbesola, Oranmiyan Worldwide reacted to some of the statements made by some individuals against the minister.

Aregbesola is the Grand Patron of the Oranmiyan group. The group in the statement on Wednesday, berated a “press release” by former Minister of Police Affairs, Alhaji Jelili Adesiyan, who asserted that Omisore was reproached by Aregbesola for joining the APC.

It was said that Adesiyan’s write-up basis, was initiated by Aregbesola video circulating on social media.

The organisation challenged the ex-minister and “his co-travellers” to produce the purported video where the character of Omisore was assassinated or rubbished by Aregbesola.

Oranmiyan group described Adesiyan’s tenure as the Commissioner for Education in the then Osun State, and Minister of Police Affairs, the darkest years both for the state and the country.

“Comparing Ogbeni Aregbesola with Iyiola Omisore is like chasing shadows; attempting to gather water with a sieve, or rather navigating a river in a leaking boat. Young Aregbesola was the Speaker of the parliament when he was a student of The Polytechnic Ibadan, President of the Black Nationalist Movement, and a host of other positions that can be associated with a great mind as he.

“Even when Jelili Adesiyan’s friend, mentor and leader’s background remained shrouded, Ogbeni Aregbesola committed himself into pro-democracy activism and human right struggle which positioned him as a top-flight participant in the demilitarisation and progressive struggles of Nigeria in the 1990s in Nigeria. Today Iyiola Omisore remains a major beneficiary of the struggles and sacrifices of Aregbesola and his Pro-democracy associates, a feat he does not merit. Since then, Ogbeni has moved from glory to greater glory, scoring many firsts in the process while his detractors continue to wail.

“Jelili Adesiyan’s hypothesis that Omisore remains Ogbeni Aregbesola’s nightmare while in PDP and SDP reminds any worthy reader of Ali Baba’s comic shows; a claim that is more of ridiculing his principal than promoting him. A renowned political prostitute that Omisore is, he can only be his own nightmare, especially taking cognisance of his waywardness, covetousness and greed.

We are proud of Abia Governor, Ikpeazu – PDP

Fredrick Nwabufo: South-east, South-west, North will be biggest losers if Nigeria breaks up