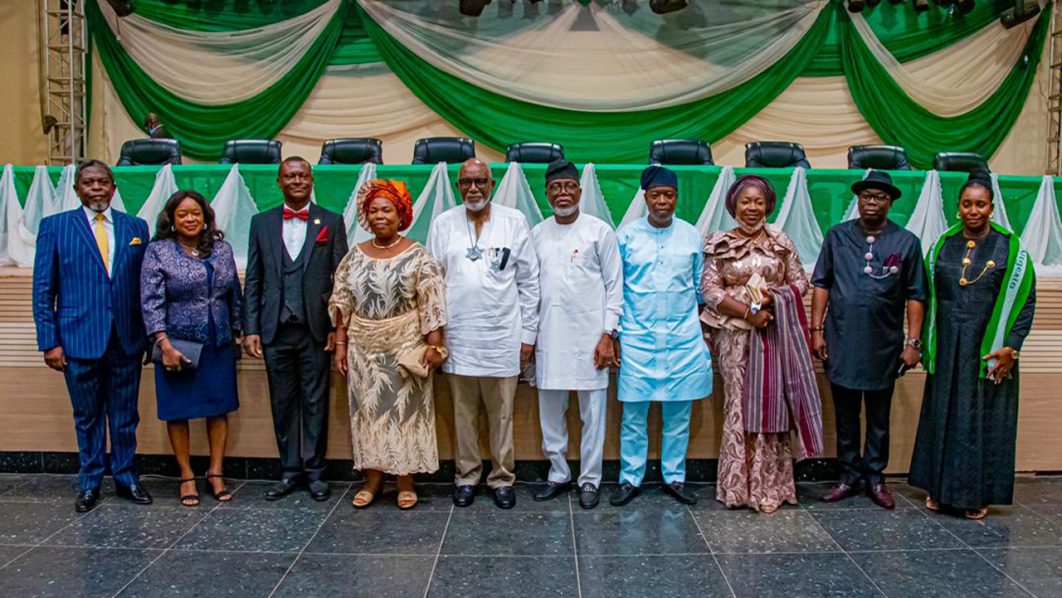 Promises to raise the bar of excellence in governance

Ondo State Governor Oluwarotimi Akeredolu has reiterated the need to raise the bar of excellence in support of the people’s expectations of good governance.

He said the administration, which recorded excellence and landmark achievements in its first term, would sustain the bar and even raise it to an optimal level and do more in the second term.

Akeredolu affirmed this, yesterday, at the swearing-in of four new commissioners at the International Culture and Event Centre in Akure, the state capital.

Aminu, who was the special adviser to the Governor on Lands, Work, and Infrastructure in the first term, will now serve as the commissioner for works.

Akeredolu stated that he did not play down other ministries, adding that all agencies are equally important in the state.

“The choice of four ministries as agencies of government requiring immediate attention should be clear to the discerning.”

He said the choice and quick resolve to bring the new commissioners back after the dissolution of the State Executive Council underscored the importance attached to the quality of the services rendered to the state in the first term.

He also stressed that the administration would tackle all public service decadence.

“Our administration will discourage recklessness, disloyalty, and all acts which interrogate any claims to decency and propriety.”

He, therefore, enjoined friends and families of the appointees, as a matter of necessity, to refrain from pressures capable of causing distraction.