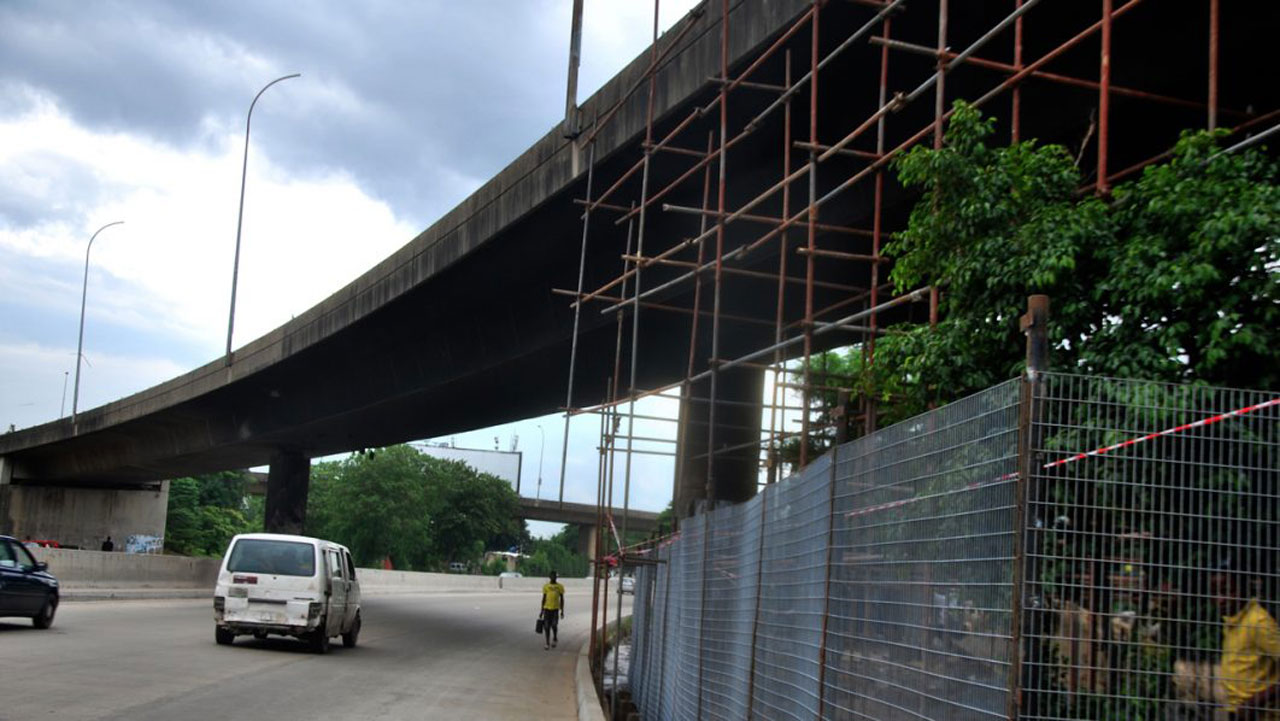 Eko Bridge to be opened August
Barely a month after repair works began at the Toyota Bus Stop stretch of the Murtala Mohammed airport link bridge, the contractor, Plycom Nigeria has deserted the site.

The contractor had, late last month (June), put up appearance as if to commence repair work on the link bridge six months after it was closed to traffic due to a fire incident that damaged a part of the bridge.

A tanker conveying 44,000 litres of diesel, crashed with a trailer and discharged its contents leading to an explosion under the bridge.

The Minister of Works and Housing, Babatunde Fashola visited the site with the ministry’s South-West Zone Director, Highways, Mr. Adedamola Kuti. But it took another four months before Plycom Nigeria Limited was mobilised to the site.

Residents and motorists had waited for months for the repairs as assured by the Permanent Secretary, Federal Ministry of Works and Housing, Alhaji Babangida Hussaini, who had, during a two-day technical inspection of roads and housing projects in Lagos gave residents hope that work would commence on the bridge by end of March.

The engineer handling the contract for Plycom, Johnson Abolarewaju, had told The Guardian that repairs would last for four weeks even though the Federal Controller of Works, Lagos, Popoola Olukayode, said repairs would take 10 weeks.

But a visit by The Guardian, yesterday showed that the contractor has deserted the site.

Apart from the scaffoldings and wire mesh mounted around a portion of the burnt bridge, the firm has not put any other tool in place to indicate any seriousness.

Despite the unfolding drama, commuting in and around the airport road has remained herculean, as the only means of transportation from the bus stop to the international airport area is by Okada, which costs between N300 to N500 per passenger.

But the Federal Controller of Works, Lagos, Popoola Olukayode said:

“Plycom not being on site is deliberate but I can assure you that the work will resume soon.”

He added: “The Eko bridge will be opened for vehicular movement in the first week of August, then we will resume work on the Muritala Airport Road link bridge. Commuters should please bear with us.”

Recall that the Lagos State Government in May 2021, announced partial closure of Eko Bridge from Costain to Alaka in-bound the National Stadium for a period of 10 weeks.