The number of casualties allegedly attacked by Fulani herdsmen in Ogun State increased to six yesterday, as no fewer than three people were killed and eight others injured in the early hours of yesterday.

The Guardian learnt that the attack on Orile-Igbooro community, Korole village and part of Oja-Odan town, all in Yewa North Local Council, left many people injured, including children, with machete cuts and gunshot wounds.

A mother and her child were among the three persons killed in their huts in Orile-Igbooro, while two persons were said to be in critical conditions after the herdsmen shot them.

The herdsmen reportedly invaded the villages around 11 pm on Friday and shot indiscriminately. They reportedly set ablaze three houses and storehouses, where farm produce and other valuables were kept.

The attack, which came barely 24 hours after two persons were killed in Owode Ketu, has created tension across the area and beyond, as investigations showed that the Fulani herdsmen have found their way to border communities in the state.

The Coordinator, National Youth Council of Nigeria (NYCN), Yewa North Branch, Akerewusi Adekunle, who confirmed the development to The Guardian on phone, said the area is currently under a huge security threat, as there are several reports of lawless killing by armed Fulani herdsmen.

He said: “Just last week, a young man was murdered in Iho village, around Imeko Afon. Some days ago, the same rebellious group of herders attacked Owode-Ketu community, where several lives were sent to early graves, while many sustained various degrees of injuries.

He said as a youth movement, it has realised that 98 per cent of the victims of the menace are young and promising Nigerians with promising potentials, “and we won’t just fold our arms and watch our constituents consumed by evildoers.

“We, therefore, call on the federal, state and local council, including security operatives to rise up to these challenges and provide the leadership expected of them on these disturbing issues. A society that leaves its youths to be devoured is preparing for ruins. We must make hay while the sun shines.” 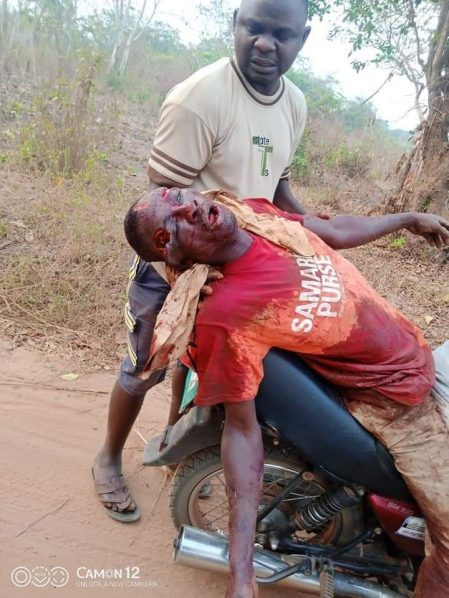 “There is a need for us to overhaul the security structure of that place. Not only the Eggua side, but the entire Yewa axis will also be completely overhauled. The Commissioner of Police has made adequate deployment so that such incident will not repeat itself. So, we are doing everything possible to beef up security in the affected area,“ Oyeyemi said.