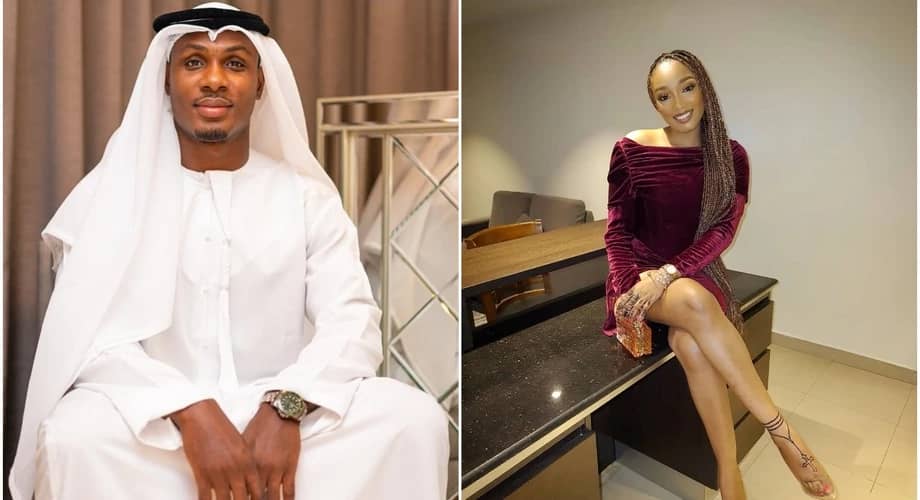 Sonia Ighalo, wife of footballer, Jude Ighalo has fired back at him after he reacted to the allegations of Infidelity she made against him.

The duo are having marital problems due to alleged infidelity on the part of the footballer.

Sonia also deleted their photos from her Instagram page. They have not been seen together since then and have neither shared each other’s photos.

However, Sonia had taken to her Instastory to congratulate him on the birth of his baby from another woman.

Sonia in her post revealed that the footballer has fathered two children now from two different women, adding that she still remains his legal wife.

The mother of three alleged that Jude welcomed a baby with another woman since February and has refused to pay child support despite court orders.

Following the development, the footballer took to his Instagram account on Saturday to state that “no one can bring a good man down.”

According to him, who God has blessed no one can curse.

“You can never bring a good man down. who God has blessed, no one can curse. It’s too late to fail,” he wrote.

Reacting, Sonia in response took to her own Instastory to say that “those who live by the sword shall die by it.”