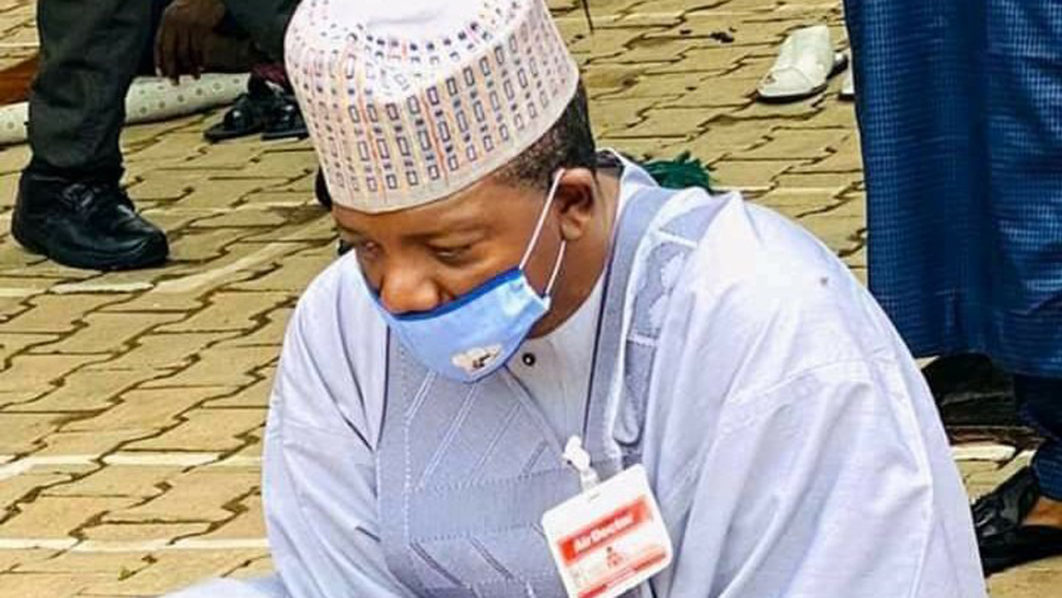 The Arewa Consultative Forum (ACF), has again, commended Governor Bello Matawalle of Zamfara State for exposing another set of soldiers allegedly supplying weapons to bandits, even as it condemned the indiscriminate bombardment of civilian settlements in Benue State.

The group urged Nigerians to back the governor in his quest at unravelling more security aiding and abetting criminals in Zamfara.

In a statement yesterday by its spokesman, Emmanuel Yawe, ACF stated: “We are happy that Governor Bello Matawalle has authorised the exposure of yet another round of soldiers who have been supplying arms and ammunitions to bandits.

“These criminals have used these arms to make sure that the law-abiding people of Zamfara and Nigeria know no peace.

“We have in the past told the governor to go ahead and expose those involved in these conspiratorial acts and let the heavens fall. Now that seven of them are exposed and arrested, the ACF joins all patriots in hailing the governor and calls on all other Nigerians with information on these evil men to expose them so that Nigeria will experience peace and economic progress.”

On the reported destructions in his home state of Benue, ACF chairman, Chief Audu Ogbeh, noted: “We were attending the National Working Committee (NWC) and National Executive Council (NEC) meetings of the group in Kaduna when news started trickling in of another round of bloodshed in Benue.”

He went on: “For now we have been informed by the Army Headquarters that soldiers, on a stabilisation mission in the state code-named Operation Whirl Stroke, were ambushed. Ten of the soldiers and an officer, who had their weapons seized, were brutally murdered and set ablaze by the bandits who mounted the ambush.”

Condemning the ‘lawlessness and barbarism’, Ogbeh further said: “A petition, signed by Gabriel Suswam who represents the area in the Senate to the Army Headquarters, said the military was on a revenge mission in which villagers whose home were far away from the troubled area in Konshisha Local Government Area had been bombed by helicopter gunboats.”

He added: “We believe that as wrong and criminal as the action of the bandits was, the Army should not use a sledgehammer to kill a fly.

“We call on the security agents, community leaders and the state government to fish out the criminals and punish them.

“Punishing poor and innocent people, who have nothing to do with the killings, is unfair.”

IN a related development, Minister of Defence, Maj.-Gen. Bashir Magashi (rtd), yesterday, hinted that more recruitment would be undertaken to end the insurgency in the North East.

While addressing troops at the Military Command and Control Centre in Maiduguri, Borno State, the minister observed that the intake of more skilled soldiers would hasten the dislodgement of the remaining terrorists from the troubled region.

He said the deployment of more combatants to Sambisa Forest, Lake Chad and the Mandara Hills was inevitable to a lasting and successful anti-terrorism crusade.