Popular Nigerian Disc Jockey, DJ Cuppy, has made good her threat as her lawyer has now written to Davido’s Personal Assistant, Israel, over alleged libel and defamation of character.

Trouble started when Israel of DMW came out to give reasons behind singer, Zlatan Ibile and DJ Cuppy’s fight.

Israel also commended Zlatan for his response, revealing that DJ Cuppy was a fake friend.

According to him, the daughter of billionaire Femi Otedola used Zlatan and never paid him despite the billions received from their hit collabo.

Reacting, DJ Cuppy took to her Twitter account on Monday to state that she’s suing Israel for defaming her.

She further revealed that there had been no breaches of her contractual agreement regarding the song, Gelato as confirmed by her lawyers.

The letter stated that Israel has been given seven days to withdraw the false statement he made on social media and also tender a public apology to Dj Cuppy.

“We also hereby demand that you, Israel provide us with your full assurance and undertaking in writing that you will cease and desist from repeating the publication of those or similar allegations concerning our client.

“Please note that failure to receive a response from you within five days of this service upon you, will mean that we take further actions against you,” the statement read in part. 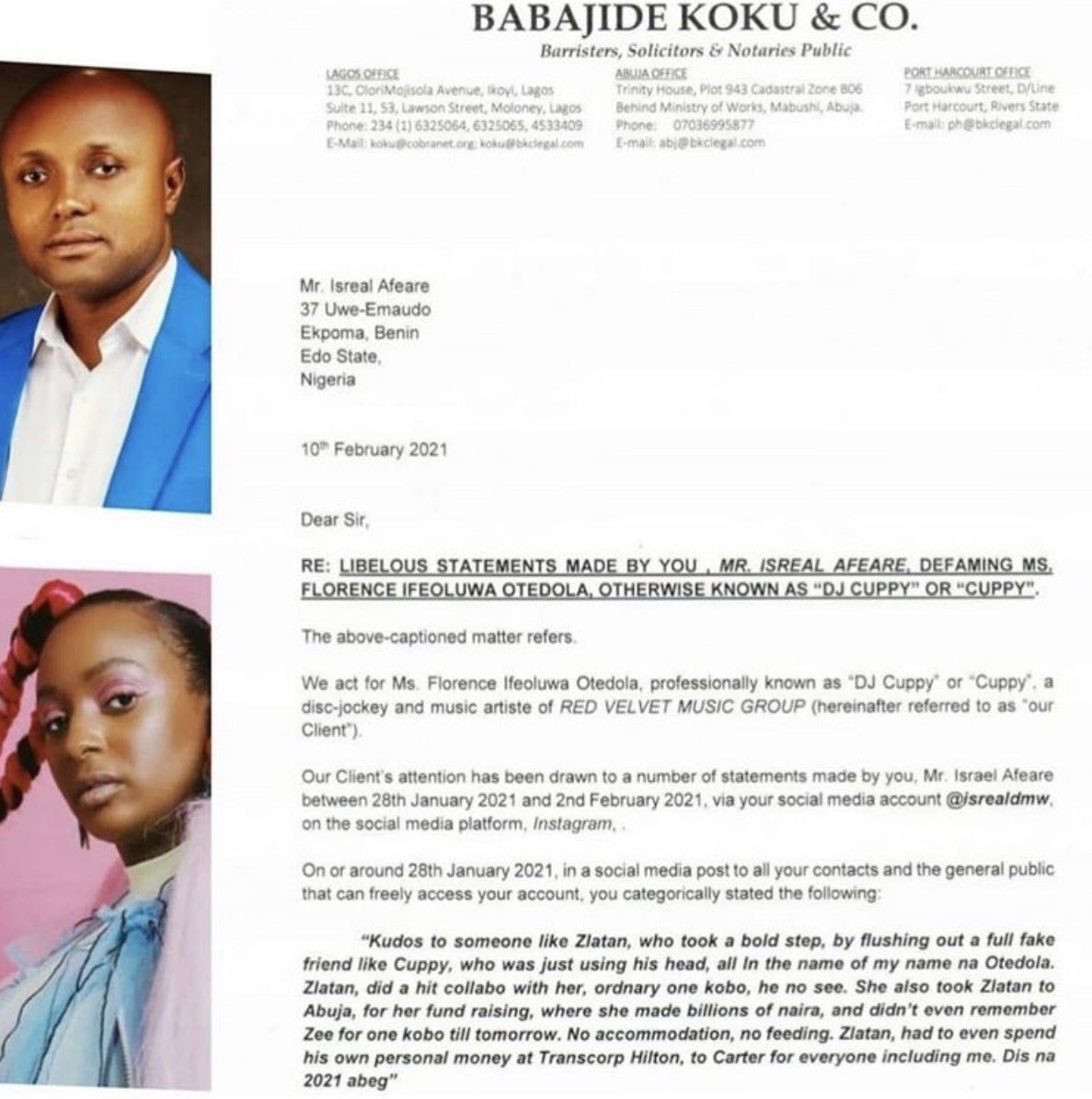 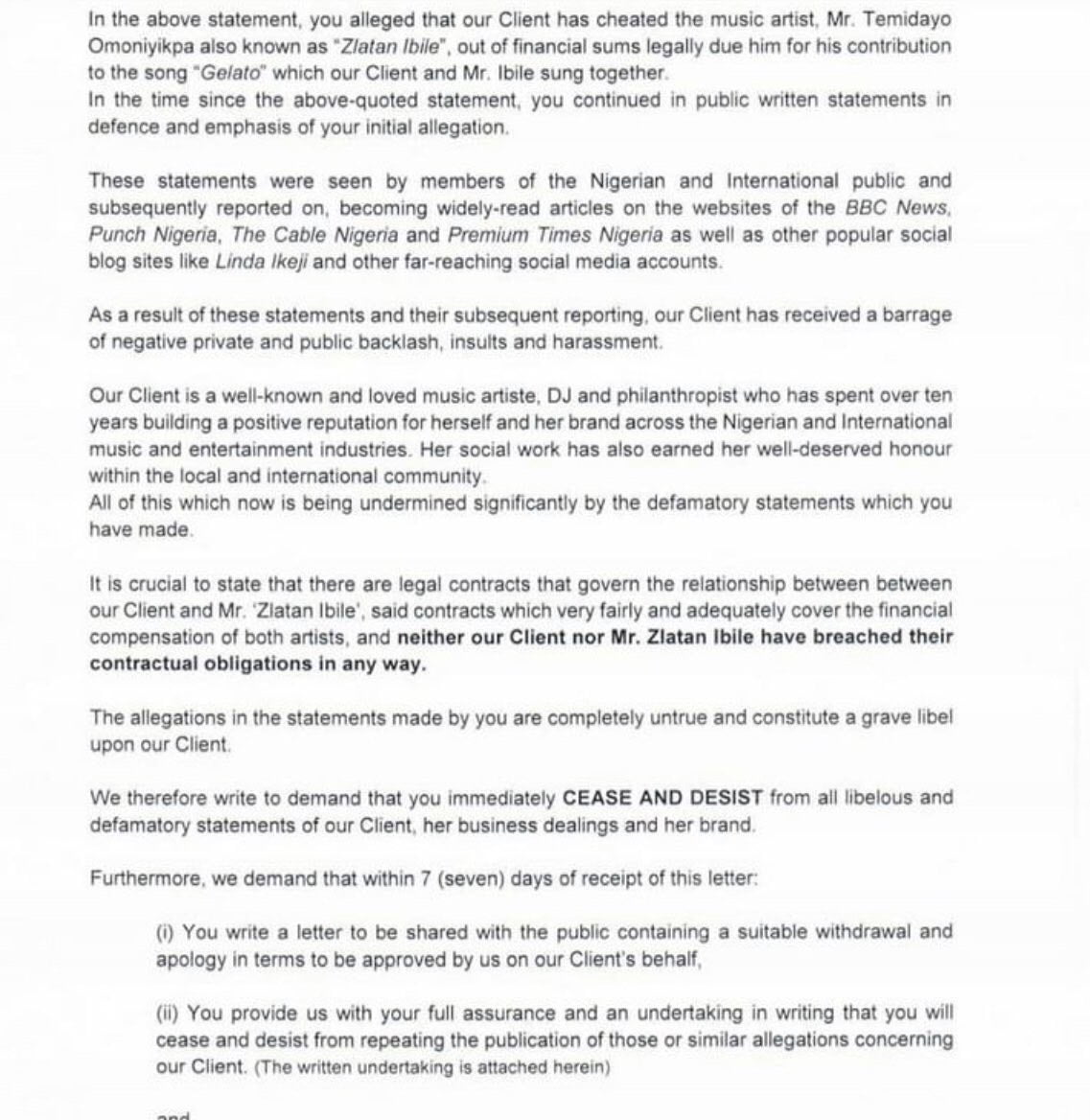 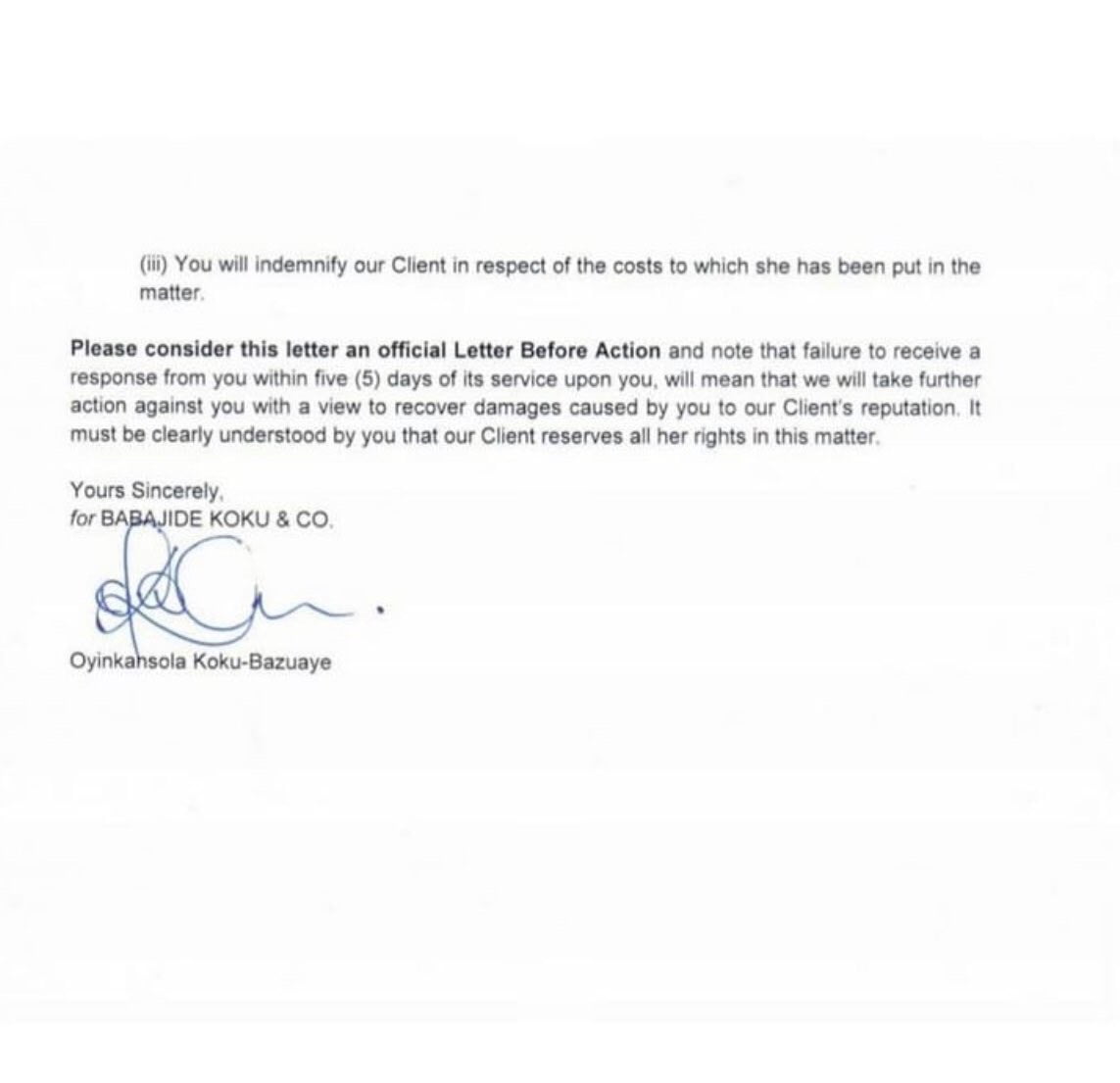