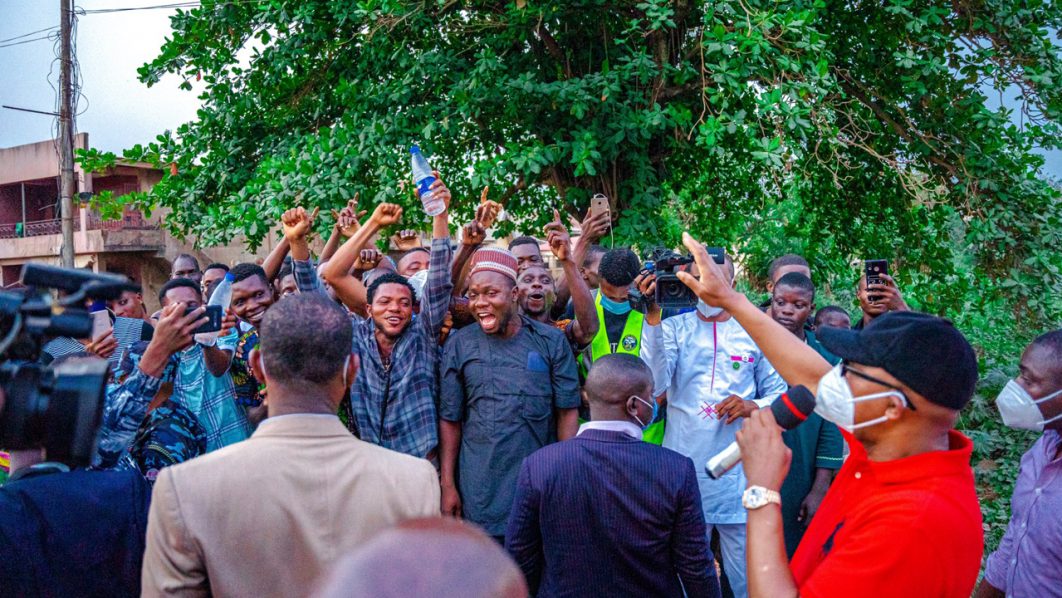 Elite-Oke Lantoro was the last of three road projects inspected this weekend by Dapo Abiodun, to assess conformity to standard procedure. Photo: TWITTER/DABIODUNMFR

Ogun State Governor Dapo Abiodun, at the weekend, reiterated his administration’s commitment to complete road projects awarded but abandoned by the immediate past administration.

He said those roads had direct socio-economic benefits on the residents of the state.

The governor further said that more funds would be allocated for the ongoing construction of 53-kilometre Lafenwa-Ayetoro Road to ensure its timely completion.

He noted that the project, also awarded by his predecessor, ought to have been given more priority by the previous administration, saying that work would be expedited on the project, which he described as “major arterial road between Ogun Central and Ogun West Districts.”

On the three kilometres Panseke-Adigbe-Opako Road, Abiodun disclosed that the road would be further expanded by one and half kilometres to solve the perennial flooding and submerging of Opako culvert and as well ease vehicular movement between Obafemi Owode and Abeokuta South local councils.

He, however, said that the construction firm had assured him that the road would be completed by the second week of May.

Meanwhile, the governor has assured residents of Oke-Lantoro-Elite-Idi Aba Road that the faulty power transformer supplying electricity to the area would be fixed before the Easter celebration.

He also promised that the drainage along the road had been redesigned to accommodate more water, adding that a canal on the road would be dredged with a retaining wall built to ensure that the water flows freely.