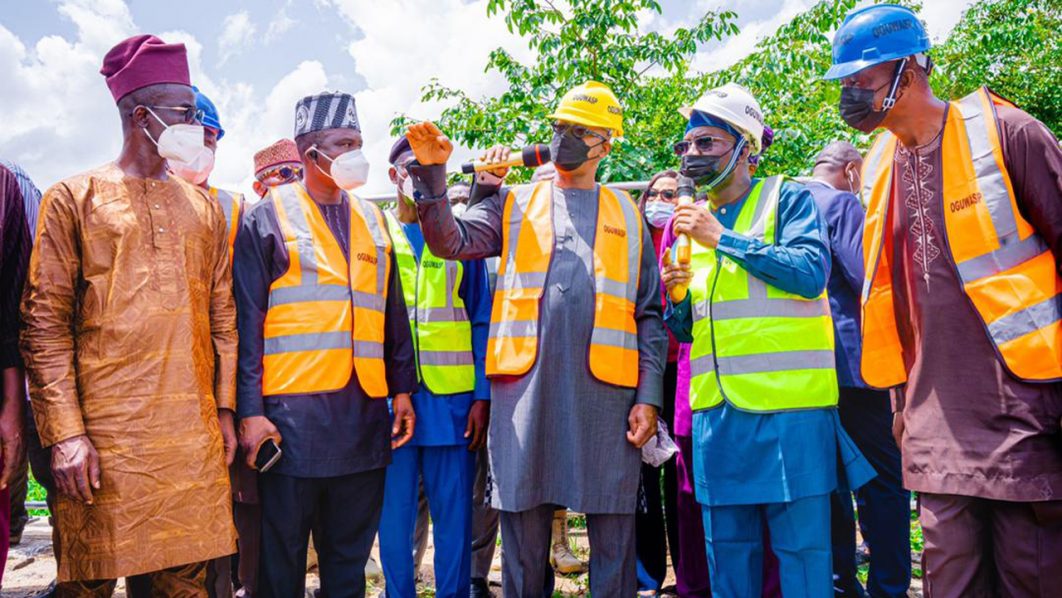 Ogun State Governor Dapo Abiodun has said that residents of the state, particularly in Abeokuta, the state capital, will soon begin to enjoy a regular and improved water supply.

Abiodun, who gave the assurance, yesterday, shortly after inspecting the Arakanga Old Water Works in Abeokuta, said the completion and installation of the five ‘Barage Gates’ would allow for proper damming and effective distribution of drinkable water to the people.

He noted that the rehabilitation of the waterworks was in tandem with the administration’s social welfare and well-being pillar, which has the provision of potable water as a major component.

The governor attributed poor water supply across the state to the failure of the immediate past administration to mandate contractors handling various road construction to repair water installations destroyed by them. He said the administration had included clauses, which mandate contractors to repair water and other installations damaged while constructing roads and other infrastructure.

“The previous administration had awarded road contracts and the contractors had actually damaged the water reticulation without it being embedded in the contract clauses that will ensure that the water pipes were repaired.

“So, we have revisited that now, and the contracts now have clauses in them where any utility that is damaged by the contractor will be repaired by that contractor so that we don’t have this type of situation repeating itself,” he said.

Abiodun explained that the ‘Five Gates’, which allows for proper damming of water when Ogun-Oshun River Basin fails to release enough water, is now being operated automatically as against the manual system in the past.

He further assured residents of Iberekodo and Arakanga in Abeokuta North Local Council of the administration’s determination to complete the road in the areas which was started but abandoned by his predecessor.

According to him, the link road to a neighbouring state is of utmost priority to his government.

Earlier in his remarks, the Special Adviser to the Governor on Water Resources, Kunle Ottun, disclosed that the gated dam, which stands at 19ft, would now allow for effective water distribution for the people of the state.