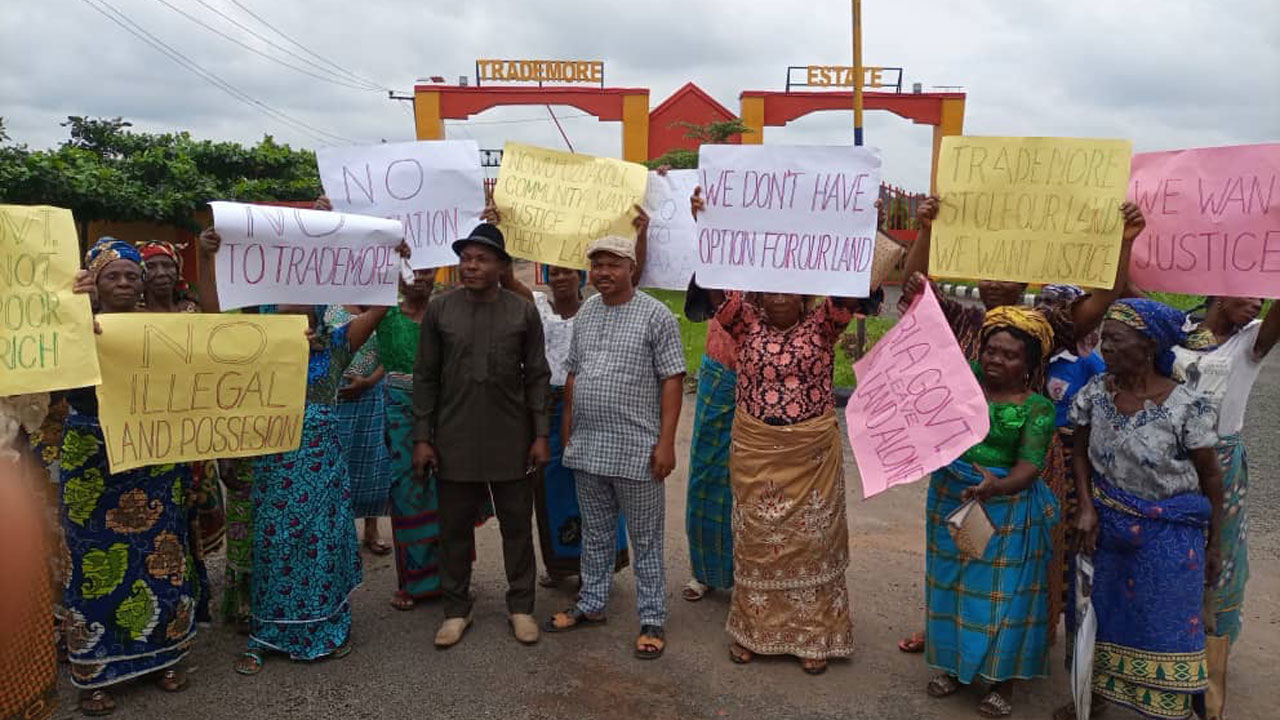 The fragile peace pervading Ngwu, one of Uzuakoli communities in Bende Local Government Area of Abia State, was on Wednesday, threatened, following a protest by the villagers.

The protest followed the state’s re-allocation of the community’s 40 hectares of land,  acquired in 2013,  for  public interest to a private investor.

Carrying placards with several inscriptions, community members, who marched from the community hall to the Housing Estate, asked for the return of their land.

The protesters faulted Abia  State Government for re-allocating the said land  to Trademore International Holdings Ltd ( a private investor ), who developed it into an estate tagged Trademore Housing Estate instead of government developing it itself into a project that would impact positively on the wellbeing of the public, including the community.

A community leader, Chief Sunday Njoku, said the community released the land, with expectation that it will be developed into facilities that would impact positively on the people.

The N20 million promised the community was yet to be fully paid, yet  they have developed the land to private estate and are selling to individuals.

He said: “Instead of using the land for public purposes, the government issued a Certificate of Occupancy on the land to Trademore International Holdings Ltd who has developed the land into Trademore Estate and  not even naming the Estate after Ngwu as Ngwu Housing Estate”.

According to him, it was consequent upon this that the community went to court and felt disappointed that till date, the court has been adjourning the case from August 3 to 17, and later adjourned to August 31.

Also, a woman Leader,  Mrs. Ezinne Gold Ibezim, said people are afraid that the constant adjournment  was a ploy to deny them justice, hence the protest.

The traditional ruler, Eze Joseph Ezegbulam Okorie, who received the protesters  in his palace, confirmed  that the  state  government re-allocated the said land to a private company Trademore International Holdings Ltd , who developed  it into a housing estate.

However, the community  lawyer, Pedro Madukwe, who met the protesters  at the Trademore Housing Estate Gate, appealed for  calm, stressing that the  court would dispense justice in the matter.

When contacted, Abia State Attorney General, Uche Ihediwa, who  also appeared for the state government during the court proceedings, said it would be unethical  to speak on a matter that is before the court.

His reaction was the same with Trademore ‘s lawyer Mr. Nwoke John Kalu.