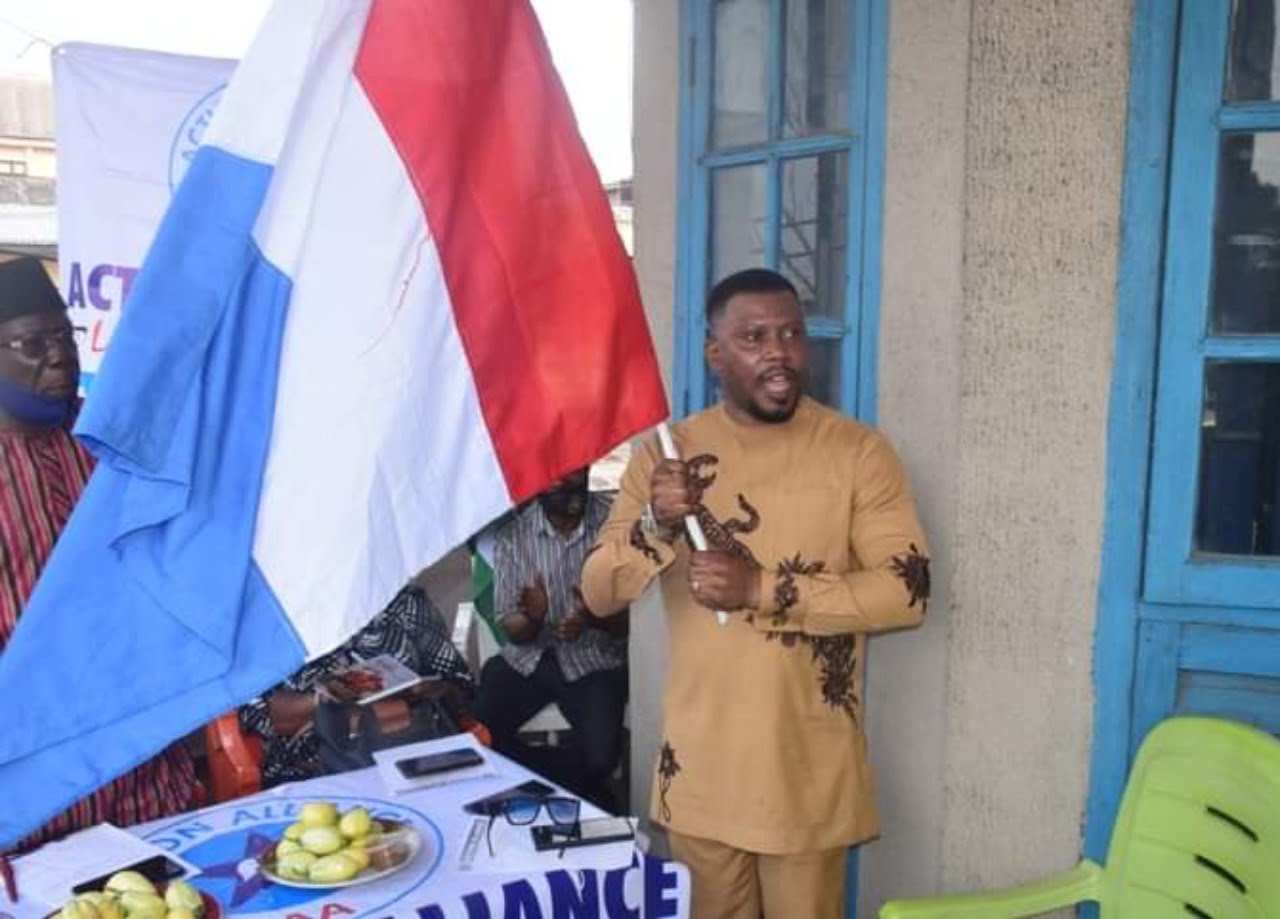 The Abia State chapter of the Action Alliance(AA), has adopted Dr. Okey Prestige as its flag-bearer in the upcoming March bye-election for the vacant position of Aba North/Aba South federal constituency seat in the House of Representatives.

The AA Flag-bearer is the younger brother of the former occupant, Late Hon Ossy Prestige, who was elected on the platform of the All Progressive Grand Alliance(APGA) and died in Germany last month.

The adoption of Dr. Okey Prestige as Candidate of Action Alliance, AA, for the coming bye-election was unanimously agreed by the party leaders, stakeholders and supporters in a voice vote, on Wednesday.

Speaking after the exercise, the Abia Chairman of Action Alliance, AA, Hon Tony Chibuko Ojih, opined that the great gap left by Ossy Prestige cannot be filled by anyone else except the person who is close to him and can follow in his legacies, hence the party deems it fit to adopt his brother, Dr. Okey Prestige as the party’s flag-bearer in the election coming up soon.

In his remarks, the AA flag-bearer for the Aba North and Aba South federal constituency March 27 bye-election, Dr. Okey Prestige, stated that his intentions to run for his late brother’s position was to build on his legacy, promising he will not fail.

Prestige expressed his resoluteness to run for the seat at the green chambers under Action Alliance despite being denied the opportunity in the All Progressives Grand Alliance.

He accused the All Progressive Grand Alliance (APGA) of ingratitude, saying that despite what Ossy Prestige did for them, they sat still and allowed elections to be fixed at a time his brother hasn’t been buried which the AA Candidate, posited is in contravention of the nation’s constitution.

According to Okey Prestige, “there’s no other person that knows Ossy Prestige better than I do and no one can follow the path of his visions for Aba people than me. Because, I have been part of my brother’s success story in politics. We worked from the background, and we were working together that way until his demise.”

DAILY POST reports that Ossy Prestige, who represented Aba North/South Federal Constituency and was elected under the All Progressives Grand Alliance (APGA) platform, died after battling an undisclosed illness in Germany.

Reps spokesperson, Benjamin Kalu, confirmed the death in February, 2021, “He has been confirmed dead by a family member, “Kalu said.