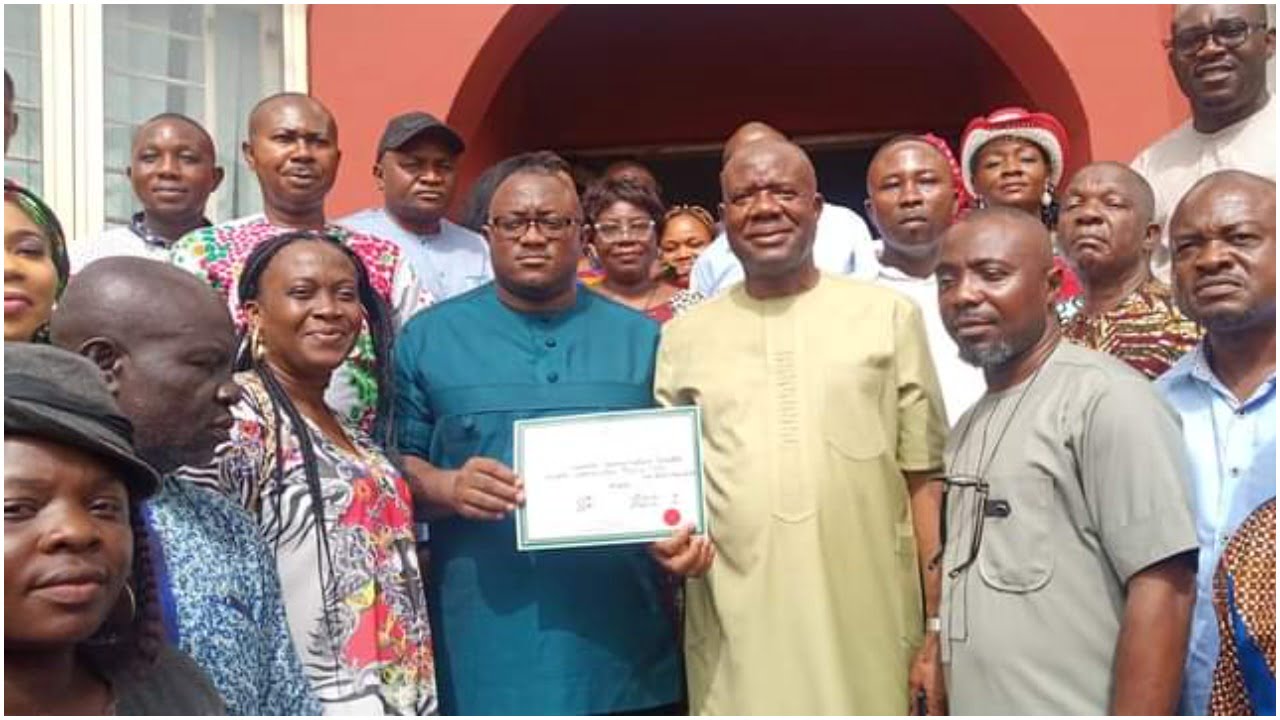 The Peoples Democratic Party, PDP, Abia State has commended Aba residents for trooping out en mass to appreciate Governor Okezie Ikpeazu’s developmental strides through their vote for the PDP and her candidate, Chimaobi Ebisike

The Abia PDP described the gesture as a sign of confidence the electorate has in the leadership of Governor Ikpeazu and the ruling party in the state.

2023: I’m confident Nigerians will give me their mandate — Tinubu

Alwell Asiforo Okere, the State Chairman of PDP, made the commendation when he received member-elect for Aba North and South Federal Constituency, Chimaobi Ebisike at the party’s secretariat in Umuahia.

Ebisike had visited to present the certificate of return issued to him by INEC to the members of the State Working Committee of the party.

PDP further described its victory in the just concluded Aba North/South Federal House of Representatives byelection as a clear confirmation that Abia is PDP, urging the new Aba Representative, Ebisike, to render quality and effective representation as well as inclusive leadership.

The Party leadership also tasked Ebisike to remain committed and supportive to the party in the state.

Responding, the member-elect appreciated the people of Aba for their kind gesture to him during, before and after the poll and promised to remain dedicated, loyal and committed to the party in the state.

He used the medium to dedicate his resounding victory to God Almighty and Governor Okezie Ikpeazu and the Peoples Democratic Party family in the state.

Speaking during the visit, a former Transition Committee Chairman of Aba North, Local Government area, Barrister Chizurum Kanu said the emergence of Ebisike will further complement the unprecedented achievements of Governor Ikpeazu in the federal constituency

The PDP chieftain extolled the members of the State Working Committee for their show of love and commitment while thanking the good people of Aba for their massive support.

Ebisike polled a total of 10,322 votes to defeat APC’s candidate, Mascot Uzor Kalu, who got 3,674 votes to come second and APGA candidate, Destiny Akaraka Nwagwu, who came a distant 3rd with 1,554 votes.

I got married 18 years ago – Don Jazzy makes shocking revelation

I got married 18 years ago – Don Jazzy makes shocking revelation