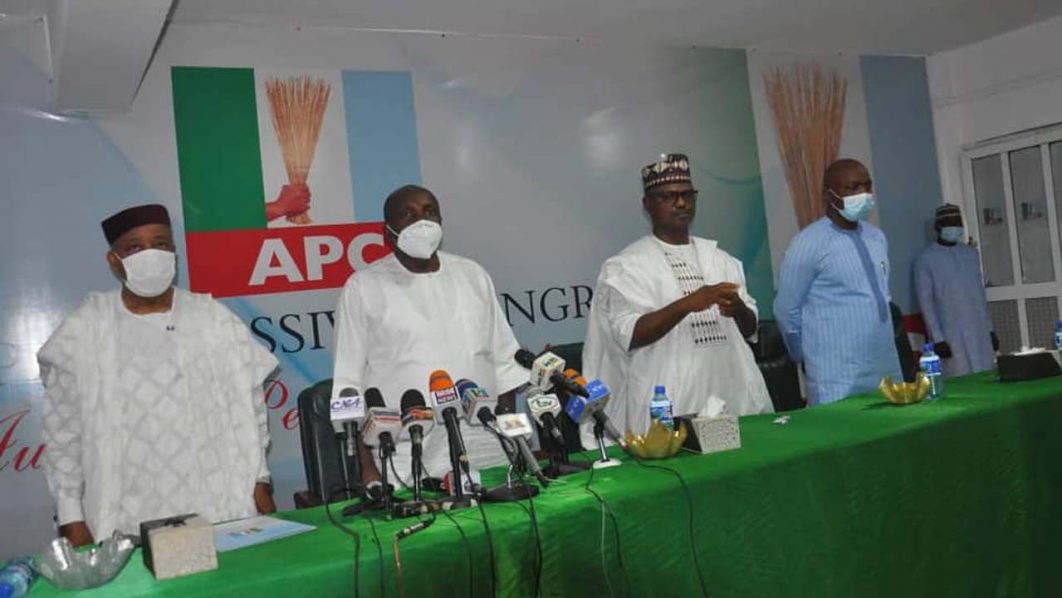 The All Progressives Congress (APC) on Saturday organised parallel ward congresses in Abia, as leadership crisis continues to rock the party.

The congresses came barely two days after the party re-affirmed the suspension of its chieftain, Chief Ikechi Emenike.

Emenike is the leader of a faction of the party, challenging the Donatus Nwankpa-led Executive Committee (EXCO).

The EXCO at its expanded caucus meeting on Thursday announced Emenike’s suspension for alleged party misconduct.

The development, however, did not deter Emenike’s camp, as it went ahead to conduct its congresses, supervised by the National Ward Congresses Committee.

Briefing newsmen on the situation at the state Secretariat of the party in Umuahia, the Chairman, APC Caretaker Committee in the state, Chief Donatus Nwankpa, said the party declared the committee members wanted.

He said the committee members failed to report to the party secretariat in Umuahia upon their arrival in the state.

Nwankpa said the party set up screening and appeal committees for the congress, in line with the party Constitution.
He said that his EXCO had also taken delivery of all congress documents from its national secretariat.

“The party duly took custody of them, signed them and members, who paid to the national account, not state account, were given forms.

“And by the party regulation, after the sale of forms, the state party chairman is to set up a screening and appeal committee on screening.

“Those forms were duly handed over to the two committees at various locations.
“They have come back and we have screened candidates for the congresses.

“Unfortunately for us, the people who are supposed to receive the document from the screening committee did not appear.

“We are not unaware of some clandestine meetings going on among those claiming to be stakeholders,” Nwankpa said.

A chieftain of the party, Sen. Chris Adighije, who expressed disappointment over the development, described the committee members as “impostors”.

“If they had come from our national office in Abuja, I’m sure they would have come to the secretariat of the party in Abia.

“Our communication with the Independent National Electoral Commission is through the same address in Umuahia.

“And the communication with the national headquarters is with the state chairman of the party,” Adighije said.

He said the party followed due process to suspend Emenike, adding that “he stands suspended”.

He expressed happiness over the peaceful conduct of the congress in his ward at Olokoro, Umuahia South Local Government Area (LGA).

Also, a former lawmaker in the state, Chief Chidi Nwosu, said the exercise went peacefully in his Amakama Ward also in Umuahia south.

Nwosu said that candidates emerged through consensus in his ward, adding that offices were distributed to accommodate the interest of all the various segments that make up the ward.

The News Agency of Nigeria (NAN) correspondent reports that similar consensus apprroach was adopted in the selection of candidates in most of the wards visited.

In a related development, the APC ward congresses in Nsukka LGA of Enugu were quite peaceful.

NAN learnt that materials for the exercise arrived in various wards in time, adding that those presiding over the congresses also followed due process and laid down rules.

At Ihe Ward, a party chieftain and former Supervisor of Youths and Sports in the area, Mr Anthony Ozioko, said the exercise was smooth and hitch-free.

Ozioko said that party faithful conducted themselves in a peaceful and orderly manner, adding that only accredited party members were allowed to vote.

“I commend party stakeholders in Nsukka for the arrangement put in place that made the ward congresses peaceful.

NAN reports that the situation was the same at Opi, Obukpa, Aloruno and Edem wards.

Ugwuoke attributed the development to good arrangement put in place by stakeholders, which gave all the party chieftains a sense of belonging.

He advised ward executives that would emerge to ensure they carried all party members along in all the party’s programmes and activities.