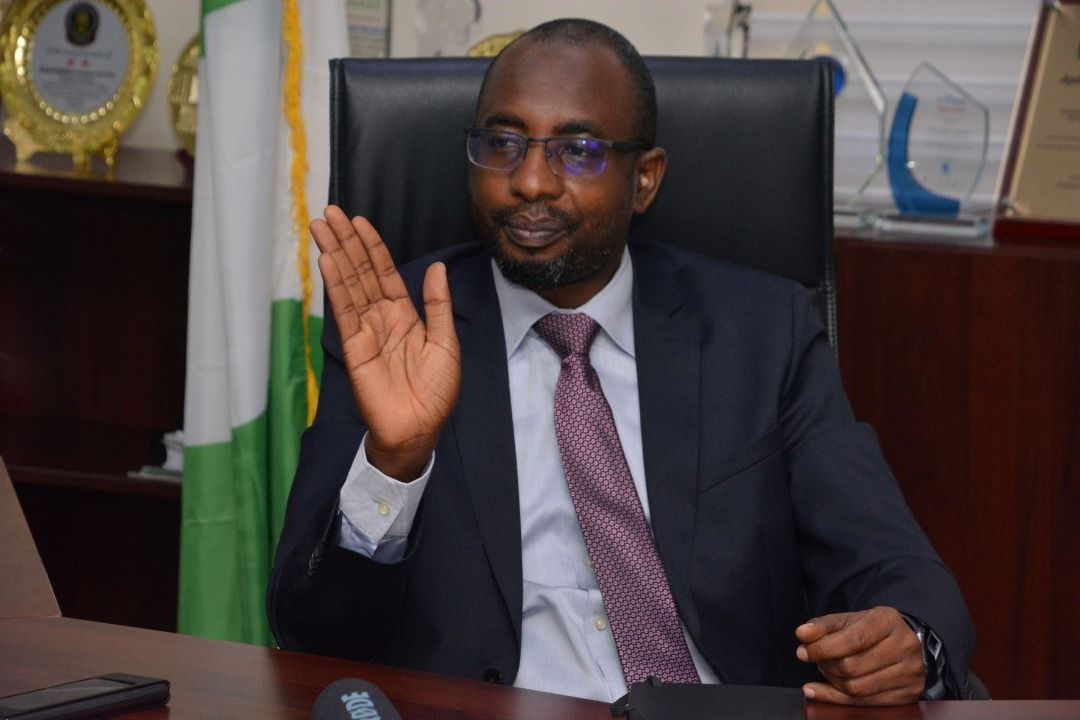 While major players in the Information Technology sector are still debating the so-called controversial provisions in a proposed bill in the National Information Technology Development Agency (NITDA) Act, the Director-General/CEO of agency, Kashifu Inuwa Abdullahi has proven to be forthright and focused tech savvy.

Kashifu Abdullahi early in the year disclosed that to keep up with the pace of innovation that has swept the country, there should be a realignment of the Act with “tenets and ideals of the Fourth Industrial Revolution” and Nigeria’s Digital Economy Policy.

Emmanuel Onwubiko: For their naira, they were killed

He said the objectives of NITDA’s Act has always been to create a regulatory framework for the development of the Nigerian information technology sector and digital economy, including promoting and implementation of policies that support indigenous content, access to digital services, investments in the sector, adoption of emerging technology, innovation, research and development, including the rights of the citizens and national interest.

While the contents of the bill is yet to be made public, it is curious that some operators have raised concerns about some provisions of the proposed act which require technology companies operating in Nigeria to get a license, pay pre-tax profit levies, and NITDA will be able to sanction whoever (person or company) that operates contrary to the new Act’s provisions. I wonder what could be the fear of the operators on provision that will protect the sector.

Meanwhile, one cannot be economical with fact to assert that Mallam Kashifu Inuwa Abdullahi is a revolutionary. In just two years as Director General of the National Information Technology Development Agency (NITDA), the story of the agency is not the same again.

He has been steadily building upon the foundation laid by previous occupants of NITDA as its fifth DG coming after Dr. Isa Ali Pantami who is now the Minister of Communication and Digital Economy.

Without gainsaying, Inuwa Abdullahi, has been driving the agency to fulfil its core mandates in consonance with the National Digital Economy Policy and Strategy (NDEPS) of the federal government.

A renowned technology expert, Kashifu assumed office as DG after officially joining the agency in 2017, climbing into the position with over 15 years of experience in IT operations, and business transformation, with professional certifications in networking, telecommunications, service management and solutions design.

Kashifu is a Massachusetts Institute of Technology (MIT) trained strategist and the first Cisco Certified Internetwork Expert (CCIE) in Nigeria’s public sector. He also undertook leadership and management courses at Harvard University in the USA, University of Cambridge in the U.K. and IMD Business School in Switzerland.

Prior to joining NITDA, he assumed various positions in technology engineering at the Galaxy Backbone and later went on to work as Technology Architect at the Central Bank of Nigeria in 2014. While working in the CBN, Kashifu also doubled as Technical Assistant to the then DG at NITDA, Dr Isa Pantami.

Since assuming office two years ago, according to a seasoned technology journalist, Mr. Inyene Ibanga, Kashifu has seen to the development and expansion of the tech ecosystem into communities, schools, and innovation driven enterprises (IDEs), thereby providing opportunity for various sectors of the economy to leverage technology to transform business models, enhance productivity and efficiency, while also creating jobs and wealth for operators.

The recent introduction of the Strategic Roadmap and Action Plan (SRAP) 2021 – 2024 stands out as one of the landmark achievement of NITDA under the leadership of the current D.G.

In a nutshell, the national PKI will guarantee secure communication for all online services, provide security against unauthorised access and disclosure of stored information by addressing the fundamentals of cyber security – confidentiality, integrity, authentication, and non-repudiation.”

The PKI will surely enhance e-government and digital economy transformations through secure data exchanges and authentication for electronic transactions protection by the banking sector and its regulator, the Central Bank of Nigeria (CBN).

The policy, among other things, is formulated to achieve a digital innovation and entrepreneurship driven nation that would become a norm for improvement in the areas of digital technologies.

This will be realised through automation, smart processes and ICT solutions, while applying to appropriate stakeholders in government, innovation-driven enterprises, consumers of innovation, technology start-ups, innovation hubs and labs, investors, academia, funding agencies, civil society organisations, service providers, and others into the policy.

At the moment, NITDA is coordinating the establishment of National Digital Innovation Entrepreneurship Centre to entrench an innovation-driven culture among citizens by serving as platform for creating value and prosperity among the teeming populace. Similar centres are to be replicated across the six geo-political zones in the country.

In what could best be described as its most ambitious programme yet, NITDA has set up the National Centre for Artificial Intelligence and Robotics (NCAIR) as a special facility for the promotion of research and development on emerging technologies and their practical application by providing solutions to Nigeria’s domestic problems.

The state-of-the-art facility, along with its modern digital fabrication laboratory, is a digital innovation and research facility focused on Artificial Intelligence (AI), Robotics and Drones, Internet of Things (IoT), and other emerging technologies, targeted at transforming the Nigerian digital economy, in line with the National Digital Economy Policy and Strategy (NDEPS).

Most importantly, NCAIR is also focused on creating a thriving ecosystem for innovation-driven entrepreneurship (IDE), job creation and national development through collaborations with academic institutions and other agencies, research and development consultancy and high-tech products, and services development.

Kashifu’s first year in office witnessed a multitude of accomplishments, which included issuance of supplementary regulation to strengthen of the Nigeria Data Protection Regulation (NDPR). This is to enhance data security and safety for all Nigerians and inauguration of the Data Breach Investigation Team, in collaboration with the office of the Inspector General of Police.

During the period, NITDA was able to address over 790 data regulation issues by tracking and reporting data infraction cases to the Police. Equally, NITDA’s robust implementation of the NDPR under Kashifu yielded more than 2700 jobs and opened up the data security industry worth more than N2.5 billion, within a year.

Still within that, NITDA set up three IT hubs, four innovation and incubation parks, six IT community centres and three IT capacity-building centres in higher institutions of learning, as well as in unserved and underserved communities across the country.

Under Kashifu, NITDA also held capacity building programmes for over 650 artisans across four geo-political zones, and 200 IT centres managers across the country, organised periodic innovation contests such as Future-Hack, where participants receive funding and mentorship to develop marketable products and services.

Similarly, it conducted various entrepreneurship training programmes on ICT for 200 women, where they were provided with laptops pre-installed with the requisite e-resources as support for their start-ups, which generated more than 500 jobs.

The agency, through its strategic relations with tech entrepreneurs, supported 246 start-ups and 125 IT hubs and ecosystems builders were supported through Nigeria ICT Innovation and Entrepreneurship Vision (NIIEV). In the process, NITDA’s programmes within the period have resulted in the employment of about 30,000 youths.

The agency has also set up a Virtual Startup Clinic, mostly for young people to meet with mentors, successful entrepreneurs, investors, industry specialists, business consultants and hub operators to solve problems and challenges they were facing during the pandemic.

Under the leadership and direction of Kashifu, NITDA floated the National Adopted Village for Smart Agriculture (NAVSA) initiative designed by the Minister of Communication and Digital Economy to take small scale farmers to commercial level using a performance-based approach. This has resulted in the empowerment of 145 farmers to utilise digital, smart and precision technology to improve farm yields.

To further expand the knowledge and skills capacity of the citizens, the agency embarked on Massive Online Open Courses initiative for Nigeria’s tertiary institutions to prioritise e-learning in the country.

Despite the pandemic, the agency delivered digital skills and literacy to over 25,000 Nigerians in 2020, distributed over 2000 laptops in driving this computer literacy, and tracked 6386 new jobs and roles created through its interventions.

From the foregoing, within two years of Kashifu’s foresight and guidance, with the support and endorsement of Dr Isa Pantami, NITDA is not leaving anything to chance in its determination to drive Nigeria towards a digital world as it relentless explores the use and adoption of Blockchain Technology, Artificial Intelligence (AI) and Robotics, data management and strategy for adoption into the digital economy.