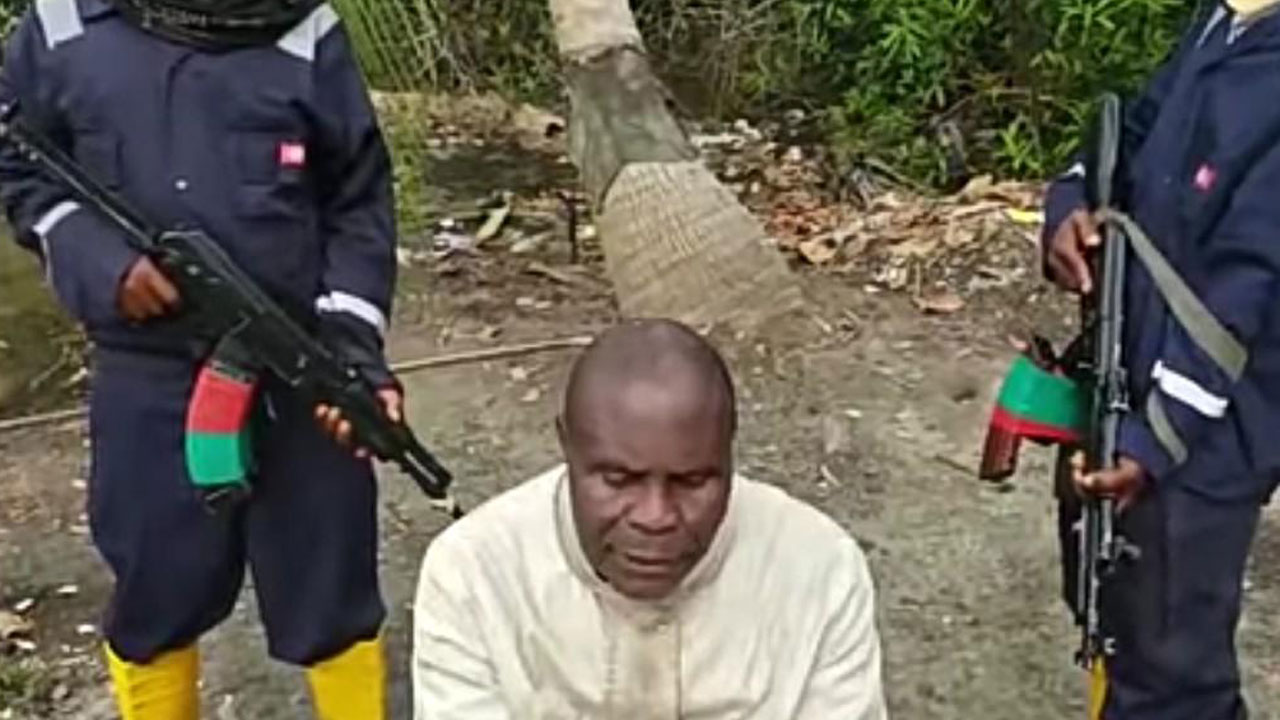 Andoni monarch being held by gunmen

Blame politicians, traditional rulers for mayhem in area
Barely one week after the traditional ruler of Ikuru town, in Andoni Local Government Area of Rivers State, King Aaron Miller regained freedom from his abductors, a video has surfaced online with reasons why the royal father was kidnapped.

The video showed two masked armed men with Ak-47 rifles in a forest guarding the monarch while he was forced to read their list of demands.

The gunmen, in the note, disclosed that the monarch was kidnapped because the chiefs and elders of Andoni failed to make peace among the rival groups in the area.

They stated that the youths are not happy with the chiefs, elders and politicians in the area over their inability to provide employment for the jobless persons, whereas there are oil wells operated by over five oil companies in Andoni.

The gunmen further demanded that the government should provide equal opportunities to all without bias or political affiliation.

Part of it read: “We condemn indiscriminate arrest of Andoni youths and unfortunate killings in the area. With the sense of urgency, the chiefs, politicians and elders should address these matters, otherwise, there will be killings of chiefs and politicians in Andoni.”

After King Miller read the demands, one of the hoodlums behind the camera warned that no one would be spared if they failed to make peace in the community.

He said: “If the politicians refuse to make peace, nobody would be spared. We will visit the chiefs, politicians and elders one by one, and whatever you see, you take.”

Responding, King Miller assured that peace would be pursued with vigour in Andoni as soon as he regains freedom.

The Police Public Relations Officer of the state command, Nnamdi Omoni, on March 28, 2021, confirmed the release of King Miller, whom he said was rescued in a forest in Abissa community in Akuku Toru Local Council of the state, where he was held captive for five weeks.