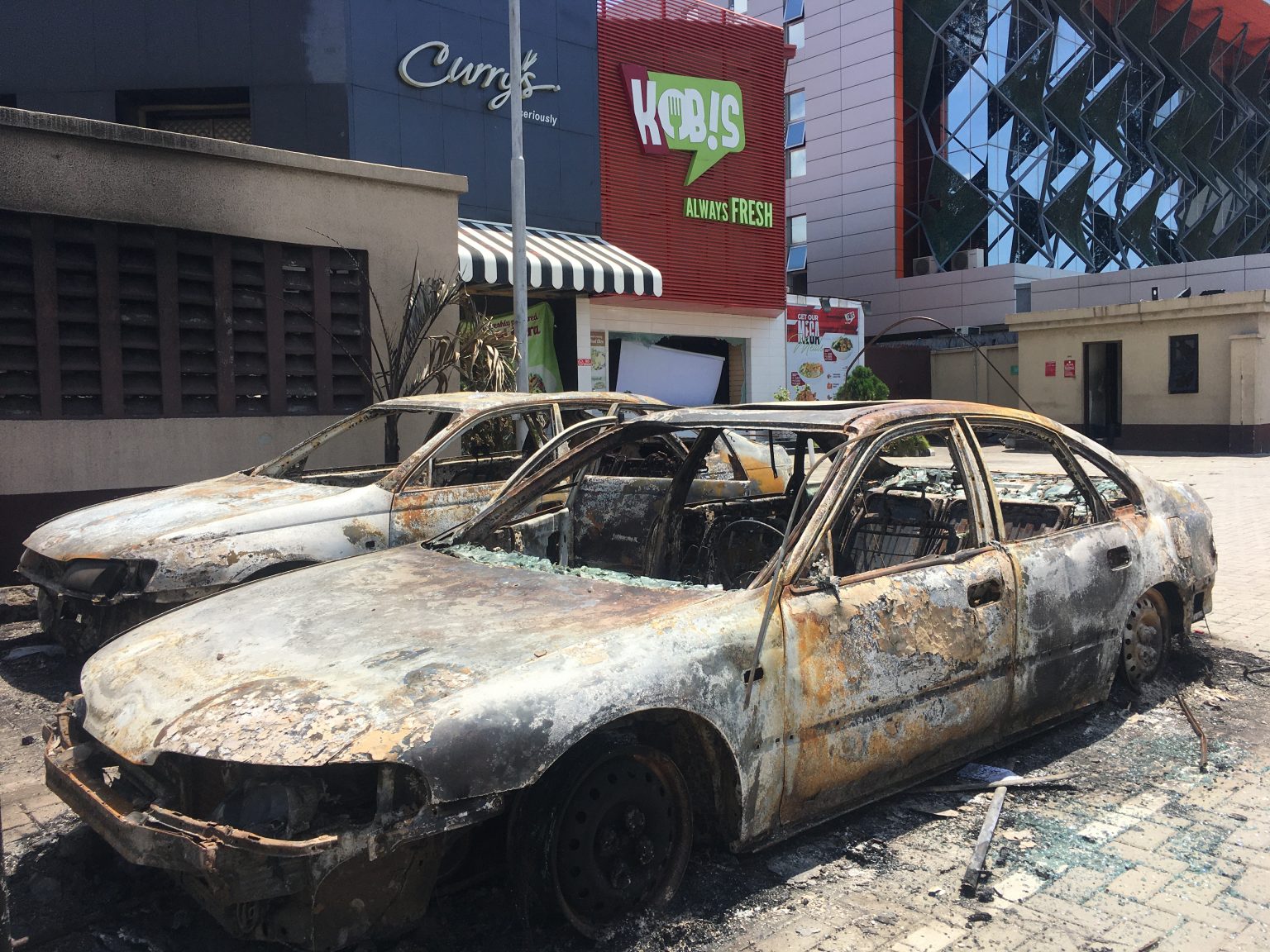 The Admiralty way in Lekki Phase 1, a middle-class shopping area, was looted on October 22, 2020, after the army repressed peaceful protestors gathered at the Lekki Toll Gate despite curfew. – Over 20 important state properties have been set on fires, multiple banks and shops were destroyed and food shops looted. (Photo by Sophie BOUILLON / AFP)

Bodinga said during an interview with the News Agency of Nigeria (NAN) on Sunday that the motorcycles were those seized within Abuja for illegal operation.

He said the hoodlums, however, bugled and looted seized motorcycles from DRTS Auto Pound in Gosa area of the territory during the protest.

An auto pound is used to store vehicles that have been impounded, used in a commission of a crime, involved in an accident and stolen vehicles, among others.

“We are sure some of the motorcycles were being looted and we will continue to do our work to keep them at bay.

“From those arrested, we are optimistic that those that were looted were the ones brought back into the city so we are re-arresting them and we are doing it in synergy with other security agencies,” he said.

He further said that the illegal operation of commercial motorcycles in the FCT had become a matter of concern to the agency, FCT Administration and security agencies.

“They keep on coming into the city and this is a major concern and not only to the administration but to all security agencies, so we are doing a synergistic approach to find out how we can enforce the restrictions.

“We keep on arresting them and when you pass-by you will think nothing has been done.

“We are not relenting as we will continue to do our best and make sure all who violate the law will be brought to justice,” he said.

Bodinga said that there are the lawful area in the city for commercial motorcycles to operate in and they have been rightly informed.

“It’s just that they don’t want to leave because they are aware of their ban, so wherever you see them operating is illegal.

“The places they were given temporary movement were the satellite area and the Abuja plan does not provide an opportunity for okada or keke but we gave a temporary waiver to them in such areas,” he said.

Reacting to the allegation on the sale of impounded motorcycles and extortion of money from motorcyclists, Bodinga said he was unaware of such illegal happenings within the service.

“I am honestly not aware and nobody has approached my office and we have been in communication with their association so if there is such complain they should bring it to us.

“The records of all impounded motorcycles is there for all to see,” he said.