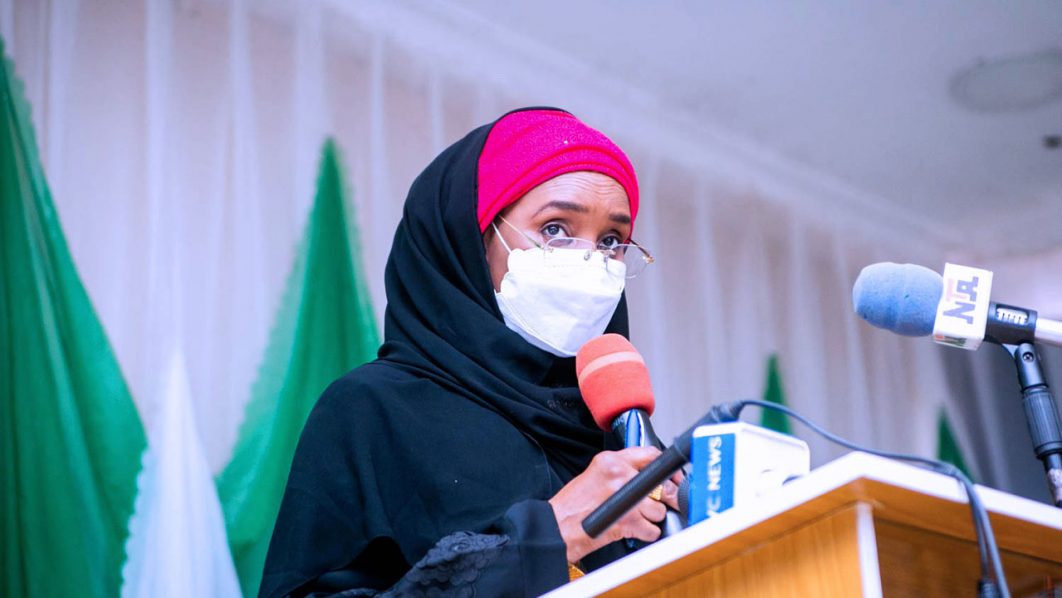 Hadjia Sadiya Farouq, the Minister of Humanitarian Affairs, Disaster, Management and Social Development, has said that 5,280 rural women in Oyo State would benefit from a Federal Government’s Special Cash Grant.

She made the disclosure during the flag-off of the special cash grant held on Thursday at the Western Hall, Secretariat in Ibadan.

The News Agency of Nigeria (NAN) reports that the minister presented the cash to the beneficiaries earlier before food items were distributed to persons affected by the recent Sara market mayhem in Ibadan. Some 928 households, 5,568 displaced persons benefitted from the food items distributed.

The minister said that each of 5,280 persons received a cash grant of N20,000 to uplift the socio-economic status of the rural women in Oyo State.

Farouq said that the state has received a total sum of N992,715,000.00 from the Federal Government’s Conditional Cash Transfer (CCT) programme since inception.
She said that the programme had impacted the lives of 14,021 poor and vulnerable households from 28 Local Government Areas.

“I must note at this point, that the social register is being expanded to cater for more poor and vulnerable households in Oyo State.

“The Rural Women’s cash grant is designed to provide a one-off grant to some of the poorest and most vulnerable women in rural Nigeria.

“A grant of N20,000 will be disbursed to each of 150,000 poor rural women across the 36 States of the Federation and the Federal Capital Territory.

“The grant is expected to increase access to financial capital required for economic activities,” she said.

Gov. Seyi Makinde, who was represented by his Chief of Staff, Chief Bisi Ilaka, appreciated the Federal Government for the cash grant initiative.

He assured that the state government is committed to creating and improving opportunities for people to live a meaningful and fulfilled life.

“I advise the beneficiaries to take advantage of the current women’s emancipation initiative, both globally and locally, involve in governance, seek political positions and take advantage of different policies of government to change the society,” he said.

In his remark, Mr Sunday Dare, the Minister of Youth and Sports, harped on the need to empower more women.

NAN reports that the event featured symbolic presentations of the cash grant to some physically challenged women by the minister.