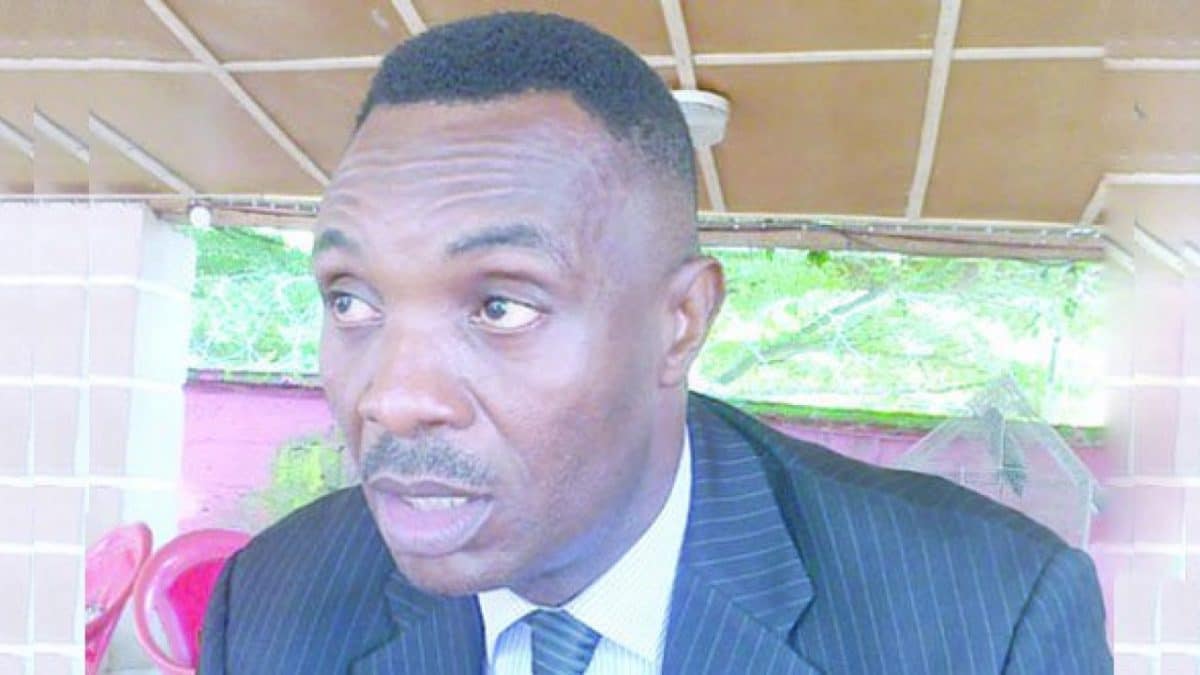 Chairman of the All Progressives Congress, APC, Enugu State chapter, Dr. Ben Nwoye, weekend, waded into the zoning controversy in the State ahead of the 2023 general elections.

DAILY POST reports that political tension is heightening in Enugu State by the day with people with different interests canvassing for all forms of zoning formula for the governorship position.

The current holder of the office, Governor Ifeanyi Ugwunayi is from the Enugu North Senatorial Zone.

Before Ugwuanyi took over in 2015, Senator Chimaroke Nnamani from Enugu East Senatorial zone served for 8 years and handed over to Ugwuanyi’s predecessor, Barr. Sullivan Chime from Enugu West.

However, as the zoning debate rages, some are of the opinion that it should start again from Enugu East, from where it should again rotate to the other zones.

But some stakeholders from Enugu North zone, at a recent socio-political meeting, felt otherwise.

Some of them, including Senator Chukwuka Utazi and a former APC guber candidate, Barr. Okey Ezea declared that Enugu North should still produce the next governor in 2023.

They based their argument on different reasons.

For Utazi, Enugu State has two zones, Nsukka and Enugu, and whereas Enugu zone has taken two slots with Nnamani and Chime, Nsukka should also be allowed to take a second slot after Ugwuanyi.

On his part, Ezea said since Enugu North took the last turn, the rotation should start again from the zone, before the other two zones would take their shot at the position.

Reacting to the controversies generated by their positions, the Enugu APC chairman, Nwoye said zoning had never decided the occupier of Enugu’s number one position.

Nwoye at a press conference said all the governors who had served the State were not elected because they hailed from one part of the State or the other.

He also said it was sad that merely two years into the current administration, people were heating up the polity, describing it as distracting to the Governor.

“A day or two ago, we saw what was going on in the Enugu political realm. Some leaders of thought, some organizing mini rallies, discussing 2023 elections and which geo-political zone is entitled to be at the helm of affairs in the State.

“As the chairman of APC, I thought it wise to state categorically that governance stops when politics begins; we have responsibilities as politicians and as leaders to understand that when someone is elected, he should be allowed to air space to run the government.

“Those who have political ambition, no matter how big or small have to learn to exercise patience. It will be a breach of electoral law for people to launch a political campaign under any guise either socio-cultural groups or mini-rallies, because our system is a product of law.”

He said the worries of average Enugu people were how to eke out a living, stressing “they don’t wake up and engage in the worry of who is of the Nsukka origin and who is of the Enugu origin.

“They don’t wake up to think about where the power will revolve, whether an unknown person of Enugu North, Enugu West or Enugu East will become the governor of Enugu State.

“So, I’m begging the leaders of Enugu, the political gladiators, and political activists, who are taking turns and trying to heat up the polity, to slow down a bit.”

Nwoye, while describing the ongoing zojing debate as needless, stressed that, “nobody in the history of Enugu State has even been prevented from contesting a position they are qualified to contest because they come from one zone or the other.”

He went down memory lane with Senator Jim Nwobodo as governor of old Anambra State in the Second Republic, and incumbent Governor of Enugu State, Rt. Hon. Dr. Ifeanyi Ugwuanyi, maintaining that none of them contested for the position unopposed.

He said at no point did any group of stakeholders stop anyone from contesting for guber position.

“Even in 2019, we had people contesting from Nkanuland, greater Awgu, and of course from other areas in Nsukka. There was no meeting where anyone was stopped from contesting against His Excellency Dr. Ifeanyi Ugwuanyi,” he noted.

He called on the people to end politicking at this moment and allow the governor to work for the citizens.

“In this his second term, he has not been in office for two years, people are gathering to cause a crisis, cause confusion for their own personal agenda, nothing more, because nobody is standing against anybody for running.

“Those who are researching and presenting academic work should not reconstruct history; they should stick with the facts.